This week on Wrestling Omakase we finally return to our Fantasy Draft series, with the penultimate draft of the year! We’ve covered WWE/NJPW, the Japanese indies, and the US/UK indies, so this week we turn our attention to lucha!

John is joined by four participants this week, all returning guests: JR Goldberg (@wrestlingbubble), Skylar (@Twwitterdotcom), Mike Spears (@fujiiheya) and Andy (@trillyrobinson). All four will be selecting 25 picks each, with the requirement that the wrestlers must have worked at least 5 matches in Mexico in the past year.

Once all the selections have been made each will put together a dream supercard, and then it’s up to YOU to decide who wins! Go to the @wrestleomakase Twitter account (or check out the embed tweet below) and vote in our poll for the next week to pick your favorite supercard! Whoever wins will move on to our final Omakase fantasy draft of the year, the WORLDWIDE CHAMPIONS EDITION with previous winners John (WWE women/joshi & Japanese indies), Alex (WWE men/New Japan) and Jake (US/UK indies). So listen to this week’s episode, pick your favorite lucha supercard, and decide who moves on to our final fantasy draft of the year! 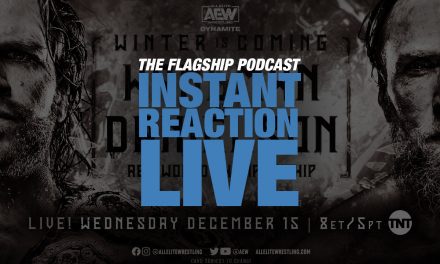