When New Goes Bad: The Fabulous Ones & New Coke 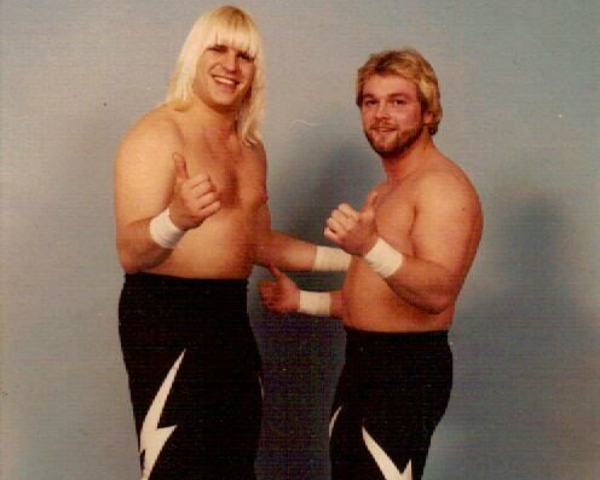 In 1985, Coca-Cola introduced a new recipe for its most famous brand of soft drink, one that would eventually be dubbed ‘New Coke’, in an attempt to reinvigorate flagging sales. From its introduction in April to the return to the original recipe lasted all of three months, with particularly strong negative reaction to the rebranding in the South in particular. As sales of the original recipe – now called ‘Coca-Cola Classic’ – rose by the end of the year, some sceptics claimed that it was a ploy to drive up interest in the original drink; an idea that was fiercely denied. The company believed that people were just not as willing to accept their ‘new’ version as they had the original taste.

If anyone on the board of Coca-Cola had been a wrestling fan in Memphis a year earlier, they would have seen this same issue play out writ large across the studio television and the Monday Coliseum shows.

Having struck gold with the creation of the Fabulous Ones, Steve Keirn and Stan Lane, the promotion were faced with an issue at the beginning of 1984 as the Fabs decided to head to the AWA to chance their arm in a different territory. With a bloody and violent feud with the Moondogs ending up with the wildmen having to leave town, a loss to the Zambuie Express and a win over the Rock and Roll Express would see Lane and Keirn walk out of the door, leaving a wide open space. Not necessarily one for just any old tag team, but ‘blowjob babyfaces’, the likes of which Lane and Keirn had made popular across the territories over the past couple of years.

As the Fabulous Ones had earned their acceptance off of the back of a Jackie Fargo endorsement as well as their mixture of flamboyance and their willingness to get bloody in the trenches, the decision was made – rather than look to replace the Fabulous Ones, the promotion decided to create the New Fabulous Ones instead. With Fargo back on television deriding Lane and Keirn as being cowards for wanting to wrestle in places like Chicago, he promised that he would find two new Fabs to take their place.

Deciding that in this situation, it was best to double down on an idea and run with it, a second New Fabulous Ones would be established on television before Fargo had even announced his two competitors. In a segment that just wouldn’t fly today, Jimmy Hart would take time out of his busy schedule of getting in Jerry Lawler’s business to announce the death of the Bruise Brothers, Troy Graham and Porkchop Cash. As pre-taped footage of the funeral would have Joe LeDuc growling ‘did you ever wonder when your turn was coming?’ at the camera man and some talking heads professing their general apathy to the Brothers as wrestlers, the show would return to a sombre mood. This was soon broken by Hart’s announcement that he had the New Fabulous Ones; enter Cash and Graham, coupled with a music video that made the most out of their new suits, canes and top hats.

Fargo’s New Fabulous Ones would be introduced in a much less melodramatic fashion the following week. The choices would be Tommy Rich and Eddie Gilbert, two names well known to the Memphis faithful. Whilst Rich had had his greater days in Georgia, including an NWA World Heavyweight Title reign (lasting four days), https://www.youtube.com/watch?v=lnlA3t1ReiE he had spent a lot of his early career wrestling for Jerry Jarrett. However, this was his first proper run in the company for around three years, and the decision to spend a lot of his time outside of the territory meant he wasn’t taken to the fans’ hearts in the same way that more loyal wrestlers perhaps were. After investing a lot in the feud with Buzz Sawyer that culminated in the ‘Last Battle of Atlanta’, there were also questions about exactly how much the brutal clashes between both men had taken out of Rich.

Similarly, Gilbert had history, not least teaming with his father under the name Tommy Gilbert Jr. Having gone to New York to try and make it big, any chance of a push in the WWF had been scuppered by a car crash. Outside of a brief mentor/mentee relationship with Bob Backlund and a nothing appearance on Piper’s Pit, Gilbert’s time up North was done. The New Fabulous Ones were an opportunity to return to where he began his career and attempt to rebuild.

Having picked up where the old Fabs left off in picking up a victory over the Moondogs, Gilbert and Rich would meet their namesakes in Cash and Graham one week later. This happened to be the only match between the two teams in the Mid-South Coliseum. With the possibility of a substantial programme looming, Gilbert and Rich would win the first contest between the two teams, only for Graham to break his leg in a match in Nashville before the feud could really play out, either in the studio or the Mid-South Coliseum. This injury would see Graham ostensibly disappear from wrestling until 1994, whilst Cash would team with Randy Savage and Mark Batten in losing efforts in the months to come. Whatever had been planned was for nought.

In an attempt to recreate the magic of the original Fabs, Rich and Gilbert would meet a whole raft of teams in different gimmick matches, often coming out on top whilst saturated in their own blood. Along the way, they would win the AWA Southern Tag Team Titles, feud with The Pretty Young Things, hold of challengers from Rick Rude and Jim Neidhart, and the Zambuie Express, before trading the titles with Phil Hickerson and the Spoiler. However, Rich and Gilbert never connected with the crowds in the same way Lane and Keirn did. Whether it was a general dislike for forays to Georgia and New York, or a general apathy to an attempt to lazily try and re-create a legitimate sensation, it just didn’t work.

Things weren’t going to get any better for the ill-fated newer iteration. The night that they dropped the AWA Southern Tag Title to Hickerson and the Spoiler, the main event saw Jerry Lawler defeat Rick Rude and the Pretty Young Things. His partners? Stan Lane and Steve Keirn. From walking out of the company to returning had lasted all of three months as the originals were welcome back with open arms. The rightful owners of the name had returned to claim their throne. Notably, Rich and Gilbert’s last few matches on television or at the Coliseum would see them drop the ‘New Fabulous Ones’ name altogether.

What this run did help spark was a feud between Gilbert and Rich, built around Gilbert’s jealousy about Rich’s singles success as he claimed the International and Southern Heavyweight Title in successive weeks. Having cost Rich the Southern belt as a crooked guest referee in a match against Bundy, Gilbert would completely destroy any hope of the team sticking together in a brilliant studio angle where both men ended up covered in blood following an attempt to award them a trophy for ‘Tag Team of the Year’.

Though this feud would rank highly in the ‘Worst Feud’ votes in the Wrestling Observer that year, in hindsight it provided some great television and a chance for Gilbert to begin to develop his ‘Hot Stuff’ persona as he finally seemed to find confidence in his performance.

Rich and Gilbert had both endeavoured to make the gimmick work, but a mixture of bad luck, audience apathy, and the return of the originators summoned the death knell for the team four months after a start that promised much, but delivered little. The Southern fan had made his opinion clear: he wasn’t willing to accept a cheap change, one that attempted to masquerade as more of the same, if not better.

The American population soon saw what happened when you tried to change a beloved recipe for the better, making it at once ‘new’. The Memphis wrestling fan could only watch on and nod sagely, all too prepared for the inevitable failure.

Liam Byrne is the writer of ‘Tracking The Territories: 1984’, a collection of reviews of weekly episodic television from the year in which Hulkamania began to run wild in the WWF, whilst other promotions were treading water in the waning days of the territorial system. Volumes One, Two and Three are already on sale; the final Volume is due late 2018. Follow Liam on Twitter @tvtimelimit. 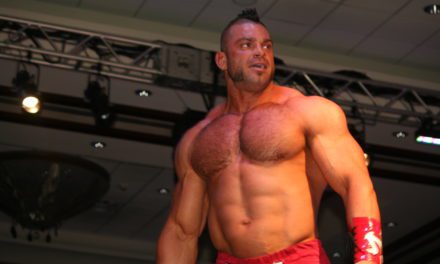