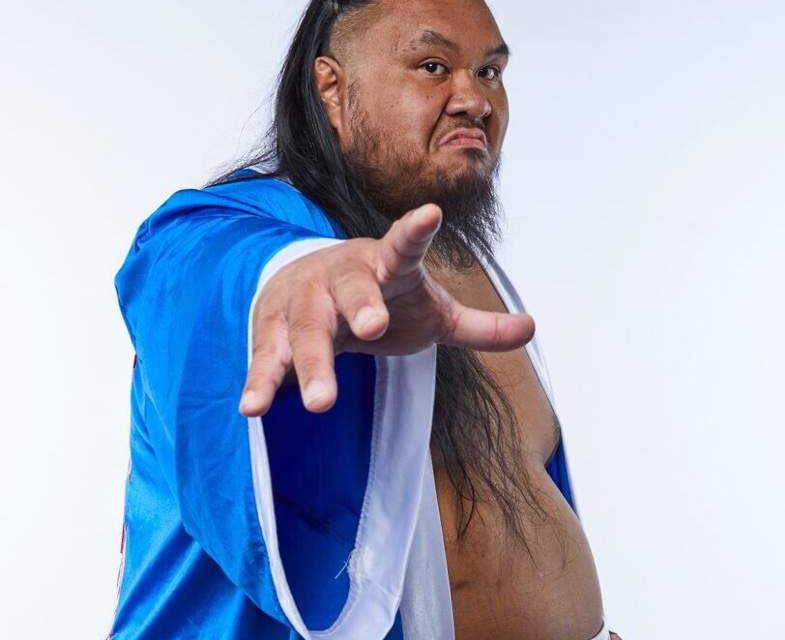 With the plethora of streaming services we have at our fingertips now, wrestling is more open than ever before. People are able to enjoy their niche, be it lucha, deathmatches, small hall shows or the WWE monotony, and be able to dabble in things that are highly recommended.

We no longer need to watch whole shows because we could only get DVDs or videos swapped with a friend, but we can cherry pick and ensure we only watch high work-rate MOTY contenders if we so chose.

For me, variety is important.

I enjoy work-rate matches as much as the next person, but I also enjoy a bit of comedy from time to time and undercard battles to break up the flow. Above that though, the thing that drives me when I watch wrestling, is emotion. I need a hook, be that logical storytelling that gives you someone to discernibly root for, strong in-ring psychology that makes you feel like you, a fan, are an integral part of the action, or a few big spots that get you on the edge of your seat.

I still firmly believe that heels and faces are an integral part of this industry. Not in every match, or in every feud, but at the top of your card, champions and challengers need plausible, clear gimmicks and approaches that allow you to relate to them. And this week’s episode of Impact encapsulated everything that makes me love wrestling and gave the spotlight to a man I relate to quite strongly.

The show opened with Austin Aries, the company’s de facto high school bully, flanked by his goons Moose Money and Killer Kross, take to the ring to brag about how he’s beaten up all his competition. No Eddie Edwards, No Johnny Impact, no problem. Nothing left for Aries to do but kick back and enjoy the riches of being world champion.

Or so he thought. He was confronted by… KM and Fallah Bahh?? The two were firmly positioned at the bottom of the card, finding their niche in comedy matches and backstage segments with Scarlett Bordeaux, until now. KM was the one who took the verbal battle to Aries and Moose, coming up with an innovative new use for Moose’s fist pump gesture, and calling out Aries for being a coward and a cheat. Aries ripped into Fallah Bahh for being fat, picking on the kid who’s always the butt end of the jokes, and eventually offered him a world title shot. Like a pity offering to a kid with no prospects and no friends – an ‘oh, you can be my friend’ moment.

Throughout his time with the company, which now spans around 18 months, Fallah Bahh has hovered around the bottom of the proverbial pecking order. His record is a combined 7-25 in the company and he’s mostly been used as an enhancement talent for other, more pushed commodities. He’s shown personality and gotten over with the crowd, but he’s been little more than filler for the middle of the weekly TV show.

Yet to me, he was more than that. Like Fallah, I’ve never let my weight get in the way of me achieving what I want to achieve. He is a big guy, there’s no doubting that, but he wants to be a professional wrestler, he’s doing that in a televised company, having fun doing it and actually being quite good in the process. Every time I see him, I see a little bit of myself and I want him to succeed. I want him to get opportunities and show the world what he can do and this week he got that.

Bahh played the role of the kid who’d been picked on for years now getting the opportunity to smack the bully straight in the face, and he seemed scared. KM, someone who also formerly picked on him, cheered him on and sought to get him motivation from backstage. Eli Drake took the opportunity to lay in a few barbs, but the faces all showed their support, showing that Bahh did have friends and people who wanted him to win the world title and put Aries in his place.

The sense of occasion was clear when both men made their way to the ring. The crowd were hot for both guys and the special ring announcer cemented that this was Fallah’s moment. All he had to do was go and take it. To start, Fallah enjoyed some momentum, using his size advantage, before the comedy set in and Aries gassed Fallah out. Once again he was the subject of ridicule and Aries was the bully.

Then the camera panned into his eyes. Gone was the happy-go-lucky expression usually sported by the Filipino Panda, but there was a look of rage. A look as though he was ready to uncork years of upset and anguish and take the fight to the playground bully.

Bahh took him down with a big shoulder block and a series of machine gun chops in the corner and the crowd stopped their half and half chanting and aligned with Fallah. Could he really do it?

Aries deserved credit for working a very vicious style and took control in the middle portion before Fallah once again fired back into it. He went for the log roll, the move that has gotten him so over with the crowd and a regular spot in his and KM’s tag matches, which Aries masterfully reversed into a last chancery. For a split second there was panic in Fallah’s eyes and a sinking feeling in my heart, before KM screamed ‘DON’T TAP FALLAH! DON’T TAP!’.

This was the man who’d picked on Fallah and now, in his moment of need, screaming encouragement and supporting his new friend. Bahh made it to the ropes but was again caught, first with an eye poke and then when going for the Banzai drop. Aries connected with a sunset bomb and locked in the Last Chancery again for the submission victory.

For over 16 minutes, Fallah Bahh, the overweight guy at the bottom of the card, showed he could battle at the top. He took the fight to Aries and even though I always knew deep down he’d lose, I still wanted him to win and was with him every step of the way. My man nearly did it, and even though he came up short, he still made me proud.

Fat kids might not rule the world, but this one certainly gave it a damn good try. 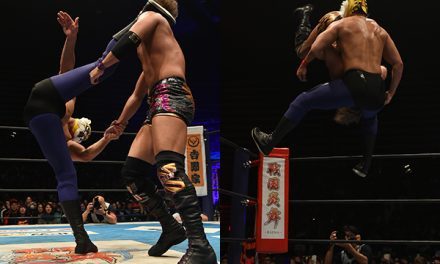 AEW ALL OUT (August 31) Results & Review