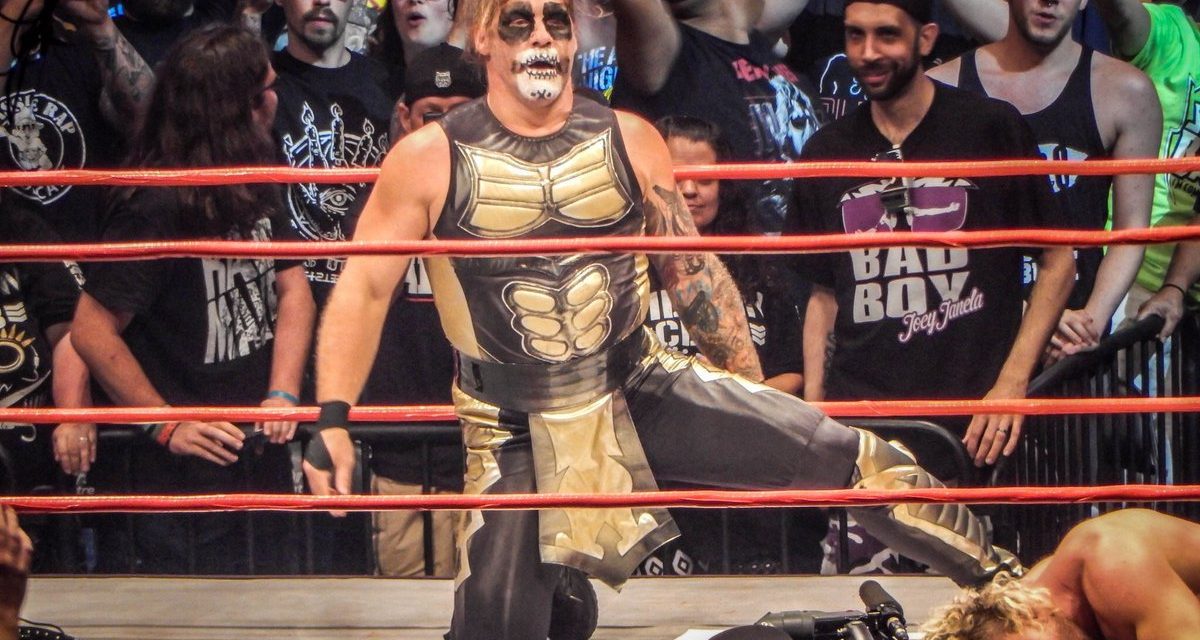 When I sat down to watch ALL IN last Saturday night I had zero expectations. I was neither eager and optimistic nor reserved and pessimistic. I had no pre-calibrated mental scale ready to keep tabs of the show’s creative weight; no potential column angles or media narratives I was looking to advance or debunk. My primary objective was to simply observe the event.

You may think that sounds oddly agnostic for a show of such magnitude. I think so as well. It speaks to a detached relationship I’ve had with independent wrestling for far too long.

ALL IN was far from a perfect show, but more important than that, it was the perfect capsulation of what the art of pro wrestling is all about. Over the course of a few hours I traveled on an epic emotional rollercoaster; the perfect track of peaks, valleys, twists and turns that require an incredible amount of careful thought and artful execution to engineer. I laughed at the witty and the ridiculous. I cried at the emotional drama. I held my breath in moments of nervous suspense and cheered with unadulterated adoration at displays of gifted athleticism. For the first time in two decades I was emotionally all-in on an independent wrestling event.

If you follow my writing you’d notice that I almost never produce non-WWE material. That isn’t to say I haven’t tried, quite the opposite in fact. My computer is full of half-written columns on a number of indie-related topics; documents that account for little more than incomplete thoughts and half-assed attempts to sound like what I think someone else would sound like. I put a lot of heart and soul into my writing, it’s a standard I force myself to meet and one I feel is strongly needed among the many voices that make up today’s robust wrestling community. Those unpublished writings severely lack heart and soul, undoubtedly a side-effect of the intrusive wall I constructed in the ethers of my conscious. How could such a wall materialize?

This week I took stock of my regular wrestling consumption. About half the wrestling I’ve watched in the last six months was content from either WWE or New Japan, which came as no real surprise considering they are the two primary promotions I follow. Surprisingly, however, the remaining majority of the pie consisted of wrestling from the past: a pilgrimage through 1993 Smoky Mountain Wrestling, Jim Crockett Promotions from 1986 and ’87, a trek through the late 70s and early 80s of Memphis wrestling, brief stops in Mid-South and Mid-Atlantic, a review of the 2005 Summer of Punk in Ring of Honor, a dozen Bob Backlund championship defenses from 1980 and 1981, All Japan content from the late 90s and early 2000s, tons of Joshi matches from the early 90s. The list goes on and on and on.

In many ways my eclectic viewing habits fall in line with the entirety of my fandom. I was first introduced to pro wrestling through the spectrum of the WWF in 1989. My obsession quickly expanded to any content I could get my hands on and by the time I graduated high school I had accumulated an incredibly diverse wrestling portfolio. After high school wrestling was removed from my life during my military career. When I returned to civilian life the industry’s landscape was dramatically different. WCW and ECW were gone and independent wrestling wasn’t officially dead, but it was on a disheartening level of life support. So much of what I loved evaporated in a blink of an eye. Since those days I’ve kept independent wrestling at arm’s length, perhaps afraid of losing it all over again. Instead, I’ve chosen to immerse myself in the past.

I’ve always found a certain comfort in the past. There’s a reassuring finality about the past; it has a well-defined beginning, middle and end that is immune from changing tides or shifting winds. Whether positive or negative the past provides me with a unique solace I often struggle to experience in the here and now. The past is truly a magical place, but stay too long and you risk ruining the future.

I have a love/hate relationship with the future. Unlike the past, the future has no clear-cut ending. The idea of yearning for a better tomorrow and working to make that idea a reality is something I find incredibly important. On the other hand, the future can be as deceiving as it is unforgiving. The premise of a perpetually bold new frontier lying in wait is a naive fiction too few, in my view, wish to accept. The future can ruin as much as it can correct. As an engineer by trade much of my job is to eliminate variables and create highly controlled environments. To me, the future represents infinite variables.

The biggest variable in the pro wrestling world remains the ever-growing corporate footprint of WWE and the unavoidable affect that footprint has on the remainder of the industry. In the last 24 months the growing footprint of New Japan has also become a significant variable. I think back to a 2015 exposé I wrote on Ring of Honor. Joe Koff, President of ROH, gave me almost 90 minutes of his time for a fascinating interview. Things went so well that he invited me to an upcoming show in Philadelphia, where he graciously provided me access to the locker room. In the hours before the show I interviewed the likes of Roderick Strong, Adam Cole, War Machine, Michael Elgin, Jay Lethal and The Briscoes. Fast forward three years later and the bulk of that talent is elsewhere; a fact that is both a representation of the nature order of things and a disheartening reminder of ever-present shifts lurking just beyond the horizon. Like I said, I have a love/hate relationship with the future.

As for the present, well that is a place of constant struggle for me; the murky intersection where the past and the future intersect to comprise a volatile cocktail of known and unknown. Pro wrestling’s independent scene is an exciting place right now. I very much enjoy EVOLVE, PROGRESS, PWG and Lucha Underground.  I say I enjoy these promotions, but I’ve hardly watched anything they’ve released all year. Instead I’ve allowed my DVR and streaming queues to fill up with dozens and dozens of shows I’m always on the cusp of watching before I find an excuse to push off for another day. The more I like something, the more afraid I become that it will soon be gone or so significantly altered that it no longer looks and feels like what I fell in love with in the first place.

ALL IN dissolved 20 years of fear and apprehension in a matter of hours.

More than anything else, ALL IN was a simple declarative statement to the world; independent pro wrestling is alive and well. The authors of said statement are creative, capable, resilient and unafraid. They are all-in and so am I. To ignore the movement taking shape before me would be a flagrant waste of the opportunity to enjoy the exciting times in which pro wrestling fans collectively live. It’s time I let the figures of the past take the rest they deserve. It’s time to stop letting the questions posed by an uncertain future act as unnecessary roadblocks. It’s time to tear down this subconscious wall built from hesitance and doubt and enjoy the here and now. 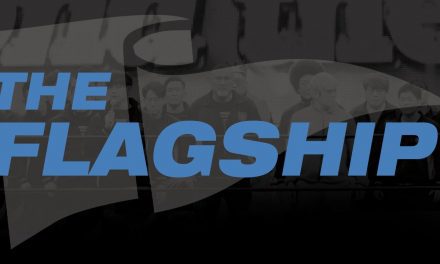