There are many reasons to be excited about what’s currently happening in WWE and numerous things that they have done well in 2018. In this, I will take a look at some of the things that I personally find to be enjoyable in modern day WWE.

SmackDown Live has built its tag team division very well and unfortunately Erick Rowan’s injury cut short the reign of the Bludgeon Brothers and any potential storylines involving the team. However other teams like The Bar, The Usos and The New Day will step up and have been given time to work and produce great matches throughout the year.

The women’s division has a nice mix of characters, decent promos, and in ring talent with “Evil” Becky Lynch being absolutely awesome and the best thing on TV. Shinsuke Nakamura and R-Truth have been entertaining and the WWE United States Championship has been booked well this year. In addition, heel Randy Orton is back and AJ Styles vs. Samoa Joe has had some awesome promos in the build to their SummerSlam match and the promise of more great matches to come. Thanks to a two-hour runtime, everything on SmackDown Live feels fresh and compact while never failing to be worth a watch.

The Hounds of Justice are back and the brothers in arms are set to help Roman Reigns and Seth Rollins remain champions. The three most recognizable stars of this era add so much excitement and intrigue to RAW, something which is often missing.

The potential combinations of matches and feuds with the likes of Braun Strowman, Finn Balor and even Lashley should fill any regular RAW watcher with excitement.

WWE’s star-making machine has been broken for quite some time. With Ronda Rousey, they have managed everything to perfection. When she is around she is the focal point of the division, everyone talks about her, everyone wants a piece of her but most importantly everyone makes her out to be an absolute killer. Rousey has been made to look like a badass by standing up to Stephanie McMahon and breaking arms left, right and center. Another genius move is not having Rousey wrestle on RAW every week, by doing this her matches feel more special on the rare occasion we get to see them and just the fact that she steps in the ring becomes a draw.

Without the amazing Elias we may never know what WWE truly stands for.

Elias owns every room on the mic and is an absolute rock star with the crowd in the palm of his hands. Elias is a true guilty pleasure but never fails to entertain no matter what creative tries to throw at him.

As a big fan of Truth’s main event run in 2011 I have been so glad to see him on SmackDown Live getting to remind everyone why he’s so great. His character is hilarious, his comedy timing is on point and he can control a microphone so well. Seeing Truth on my screen always brings a smile to my face.

The weekly cruiserweight showcase 205 Live has been a breath of fresh air ever since Triple H took over control. The characters have all improved tenfold from the previous regime with most guys receiving a character makeover that has made them so much better. The simple storytelling that takes place between these characters carries the weekly product and when feuds have run their course guys move up to a new opponent or look to regain momentum by facing weaker opponents for a while. Coupled with this much-improved storytelling has been a great in-ring product, almost every week features a squash match, which is always fun, and the main event is always worth a watch and is sometimes legitimately great.

The black and yellow brand—NXT—is stacked to the gills with talent and despite weekly TV often being slightly skippable always delivers fantastic NXT Takeover events. Much like 205 Live, NXT’s storytelling is simple but has a much higher ceiling for matches. The tag team division standing out as one of the best in the world, the women’s division often producing great matches and the NXT title scene usually combining the most over and talented stars into feuds to prove who really is the best.

Add to this the prospect of the Mae Young Classic where we will see Meiko Satomura and Io Shirai step into a WWE ring and Triple H’s side projects add quite a bit of excitement to WWE. 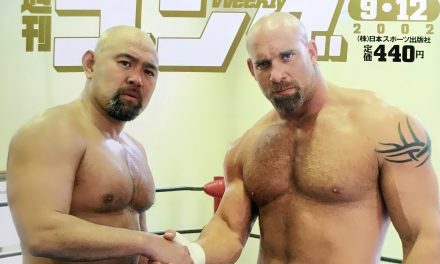