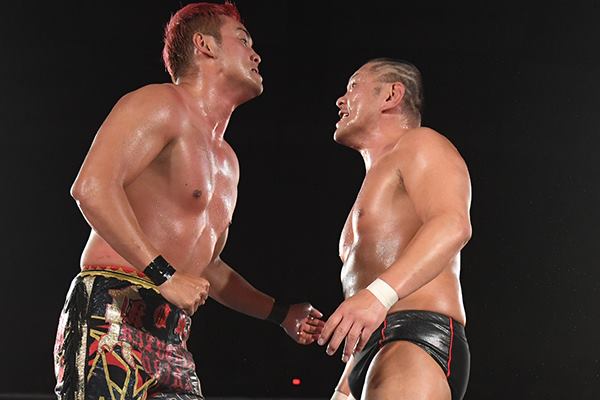 So what, so what, so what’s the scenario? We’re down to the final few nights of NJPW’s G1 Climax 28. Here’s who is still logically in play and how they can each win their block. There are a few zany scenarios that can allow a few more guys into the mix via strange tiebreaker madness and other wild scenarios. Those won’t happen so we’ll ignore them for this column.

The former “ACE” of New Japan is currently leading the A Block with 12 points. Tanahashi has two matches remaining: Michael Elgin and Kazuchika Okada with the Okada matchup coming on the final night of A Block play.

Tanahashi can lose or beat Elgin and still make his final match with Okada important. If Tanahashi beats Elgin, then the match with Okada will pit Tanahashi (14 points) against Okada (12 points). An Okada win on that final night will give him 14 points and the tiebreaker over Tanahashi. If Tanahashi loses to Elgin, he will have 12 points. Presumably Okada will defeat EVIL and get to 12 points of his own. This will give us the matchup of Okada-Tanahashi both at 12 points with the winner advancing on points.

If Tanahashi beats Elgin and Okada, he wins the A Block outright. Tanahashi can also beat Elgin (giving him 14 points) and draw with Okada to win the block at 15 points.

After stumbling out of the gates, Okada has been back to his winning ways slowly but surely returning to Rainmaker status. His path is simple with two matches remaining: EVIL and Tanahashi.

Okada has to beat EVIL to get to 12 points and match Tanahashi on the final night. If he beats Tanahashi, he’ll have 14 and win the Block. Okada can also lose to EVIL but that would require Tanahashi to lose to Elgin and some other tricky working in Jay White’s final two matches (we’ll get to that in a moment). That’s probably not going to happen.

The most likely scenario is Okada defeats EVIL and goes on to beat Tanahashi for the A Block win. The scenario I would like to see is Okada getting to the final night with Tanahashi and needing a win to redeem himself and return fully as The Rainmaker. Then, Tanahashi, the man that made him cry years ago, humbles him once again and #BROKEN Lil’ Kazu goes into another helium-filled bender.

Just as you’d suspect, White is the sleeper on the A Block with two remaining matches: EVIL and Togi Makabe.

Makabe is out of the mix but White has to lose to him or else he will be at 12 points with a tiebreaker against both Okada and Tanahashi. For all intents and purposes, White needs to lose to one of Makabe and EVIL while Okada has to win both of his remaining matches… if Okada is to win the A Block. White will have 14 points if he beats both EVIL and Makabe with tiebreakers against both Tanahashi and Okada, so if he does beat both the only way he loses the A Block is if Tanahashi sweeps out, giving him 16 points. White can maximize at 14 points and because he holds the tiebreaker has a pretty clear path to the G1 Climax 28 finals.

I’m still not sold on White getting to the finals but we’ll see. There’s also talk of a Tanahashi/Okada draw that would throw things for a loop too. Keep your eye on White over the last two nights though, things could get tricky with him. The most likely scenario is EVIL spoiling White, knocking him out of the running and setting up the winner-take-all Tanahashi vs. Okada.

Believe it or not, EVIL is still ….kind of… in the mix. He has two matches remaining against Okada and White. If EVIL were to win both he would be at 12 points with tiebreakers over fellow contenders Okada and White. The road block is EVIL cannot win the A Block outright as Tanahashi has 12 points already and a tiebreaker over him. Even if Tanahashi loses out, he’ll still be at 12 and he’ll still have the tiebreaker. So actually, EVIL is done. Womp womp.

Like EVIL, Suzuki appears in the mix but really isn’t. Suzuki has 8 points but an impossible climb to the top of the block. His two remaining matches—Bad Luck Fale and Hangman Page—are easily winnable but that gets Suzuki to 12 points. Like EVIL though, Suzuki lost the tiebreaker to Tanahashi so there’s no scenario in which he can win.

Strap in. It’s about to get confusing.

Omega is in the driver’s seat with 12 points. However, Omega being the first IWGP Heavyweight Champion to reach the G1 finals since Yuji Nagata in 2007 seems unlikely. So, how does it all work?

Omega has three matches to go: Tomohiro Ishii, Toru Yano and his Golden Lovers tag partner Kota Ibushi. The Golden Lovers explode matchup takes place on the final night of B Block play and is going to mean something, we know that.

Omega hasn’t lost yet so for any fun scenarios to happen, he has to start losing. He could win out and have the first perfect G1 since Shinsuke Nakamura in 2009. It’s again unlikely but who the hell knows?

Let’s assume, though, that Omega needs to start losing. If he drops the first two matches against Ishii and Yano, he’ll have 12 points and go into the last night of block play against Ibushi. Ibushi currently sits at 8 points so he needs to beat Tetsuya Naito and Tama Tonga to get to 12 points and have a winner-take-all match with Omega at Budokan Hall.

If Ibushi even loses one of his next two matches, he’s out and Omega has control of the block. If Omega wins any of the next two, he’s at 14 points. Ibushi would again have to win out and then beat Omega to have 14 points and the tiebreakers.

There’s also Naito. He currently sits at 10 points. We’ll get to his scenarios in a bit but as far as they relate to Omega, Naito is down on the tiebreakers, so he needs to do well the rest of the way to have a chance. If Naito (who has matches left with Ibushi, Zack Sabre Jr. and SANADA) wins all three, he’ll be at 16 points and could outright win the block depending on what happens with Omega. If Omega wins out, he’s perfect with 18 but again that’s unlikely. If Omega loses one match along the way but wins the last two including against Ibushi, he’s at 16. The benefit for Omega is, he still has the tiebreaker against Naito.

This is where things get a little confusing so let’s just jump right to Naito’s scenarios.

Naito sits at 10 points. Omega has the tiebreaker over him. Naito has matches against Ibushi, Sabre and SANADA. We’ve been over this.

Naito has to win at least two of those remaining matches to get to 14 points. That will give him the Block IF and only if Omega loses out. Ibushi will at best get to 12 points so that’s an easy path for Naito: win the rest of your matches, hope Omega loses.

If Omega wins any of his remaining matches, Naito’s path becomes muddied. Naito can win out and get to 16 points but Omega would have to lost at least one of his two pre-Ibushi matches (giving him 14 points) and then lose Ibushi on the final night to give Naito the block win.

The path for Ibushi to win the block is straight-forward but difficult. Ibushi has Naito, Omega and Tama Tonga left in his path. Ibushi can win all three and get to 14 points and win the block by virtue of tiebreakers over both Naito and Omega.

The most likely (and heartbreaking) scenario is Ibushi losing to Naito surrendering that tiebreaker, beating Tonga and then facing off with Omega on the final night in a spoiler role. Ibushi wouldn’t spoil his Golden Lovers partners moment in the sun? Would he?

Did I miss a scenario?

I probably did. I feel like Mac following the Pepe Silvia paper trail. If I did miss one, let me know on Twitter @VoicesWrestling. 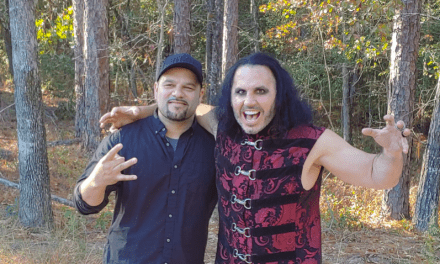