This week on Wrestling Omakase our primary topic is the first 3 nights of the G1 Climax. John is joined by returning guest Kevin Brown (@darukinoi) and first time guest Jack Beckmann (@packerman120) as they discuss all 15 G1 Climax tournament matches so far, including some wildly diverging opinions on some of the biggest matchups (mainly centering around the ‘ol knife pervert himself, Jay White).

Plus there’s some brief discussion of the truly hideous Extreme Rules PPV, which John caught a little of and Jack unfortunately watched all of to review for the VOW website. We also tackle some listener questions including what could cause an NJPW crowd to reject a main event like WWE fans do routinely now and more.

Finally, John & Kevin wrap things up with a surprisingly long discussion of their shared love/hate relationship with the Attack on Titan manga and a recap of its frankly insane story. Note that this does contain some major spoilers if you’re watching the anime, but it’s the last topic of the show and we clearly note when we’re going to discuss spoilers so you’ll have plenty of warning. It’s a wild and wacky edition of Omakase, this week! 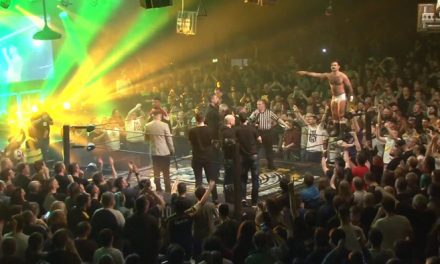