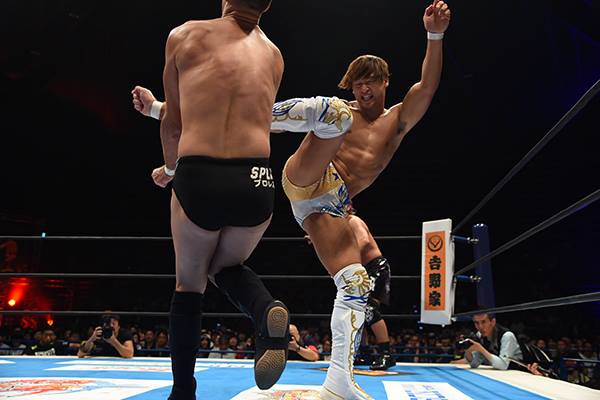 Did you enjoy your G1 Climax 28 break? Good because we’re back at it starting tomorrow with four straight days of shows (July 19-22). Here we’ll look at what’s coming up this weekend, what to expect from the nights as well as predictions via our G1 Climax 28 Pick’Em participants. Next to each match participant will be a percentage, that number reflects the percent of G1 Pick’Em participants to select that wrestler as the winner of their matchup. We’ve also included draw percentages as well.

The B-Block is back at it tomorrow from Korakuen Hall. Typically Korakuen shows see the work ramped up a bit but it’ll be hard for the B Block to match their output from last week. The July 19 show features a few matches that are sure to stand out including Kenny Omega vs. Hirooki Goto, Kota Ibushi vs. Juice Robinson and the return of one of NJPW’s greatest matchups of recent vintage: Tetsuya Naito vs. Tomohiro Ishii. If not for his series of matches with Ishii some years ago, Naito may not be in the position he is now. After coming back from a knee injury with lackluster results, Naito found the perfect dance partner in Ishii and the two made magic. They’ve had sporadic matches since then and each has delivered big. July 19 should be no exception. Get your snowflakes ready, folks. This could be a special one.

The big question going into the A Block’s July 20 show from Korakuen Hall is: will Kazuchika Okada finally get his first win? Predictable losses to Jay White and Bad Luck Fale have the former champ at 0 points. He can’t lose to Hangman Page… can he?

Elsewhere on the card Togi Makabe brings his surprisingly 4 points into a hoss battle with LIJ’s EVIL. Hiroshi Tanahashi battles Bad Luck Fale, Michael Elgin faces off with “Switchblade” Jay White and finally Minoru Suzuki vs. YOSHI-HASHI. Thus far, the B Block has had tremendous match output while the A Block has lagged behind. This certainly doesn’t look like a show that’ll get the A Block out in front but we’ll see.

Three straight days in Korakuen Hall culminates with another B Block slate of match. The July 19 show appears deeper on paper but there are fun matchups on this July 21 show as well. Ishii faces Goto in a match that’s sure to be hard-hitting. Kenny Omega and Tama Tonga, men recently engulfed in a BULLET CLUB war, will go head-to-head, Naito faces off with Juice Robinson and in my most anticipated match of the night submission expert Zack Sabre Jr. battles fellow technician SANADA.

This weekend’s slate of matches ends with a July 22 show featuring the A Block. Like the July 20 show, the A Block matchups don’t excite to the same level as what we’re seeing in the B Block. Okada will face off against Togi Makabe in a match that has added importance with the two men’s divergent paths. Two matches to keep an eye on are Hiroshi Tanahashi vs. Hangman Page and Minoru Suzuki vs. Jay White. Page could pick up a huge win here or Tanahashi can set himself up as a favorite in the Block with a win. White has been rampaging through NJPW but what will he do when he has to go face-to-face with the leader of Suzuki-gun? Both matches have a ton of importance on what happens in the top of the A Block and make this show an interesting one, even if none of the matches will make year-end Match of the Year lists.

Be sure to follow Voices of Wrestling all weekend as we’ll have reviews of each and every show on the site. If you’re interested in audio reviews, pledge $5 to our patreon and you’ll receive DAILY audio reviews/updates from Joe Lanza. You can subscribe now at patreon.com/voicesofwrestling. 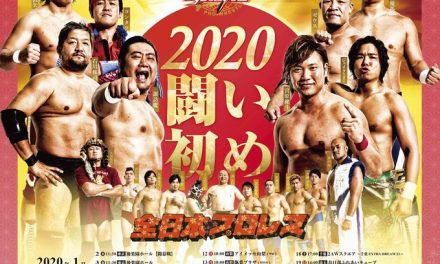 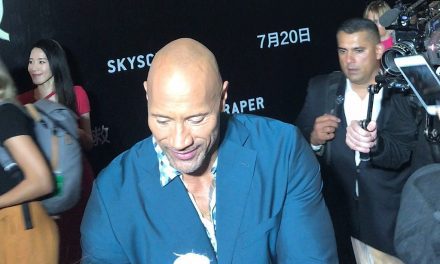 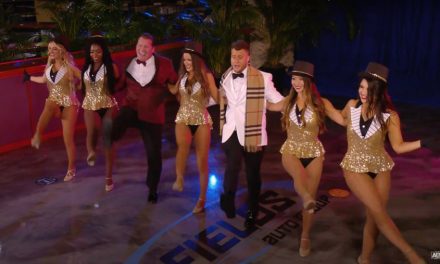 This Week in Independent Wrestling (November 5-11)