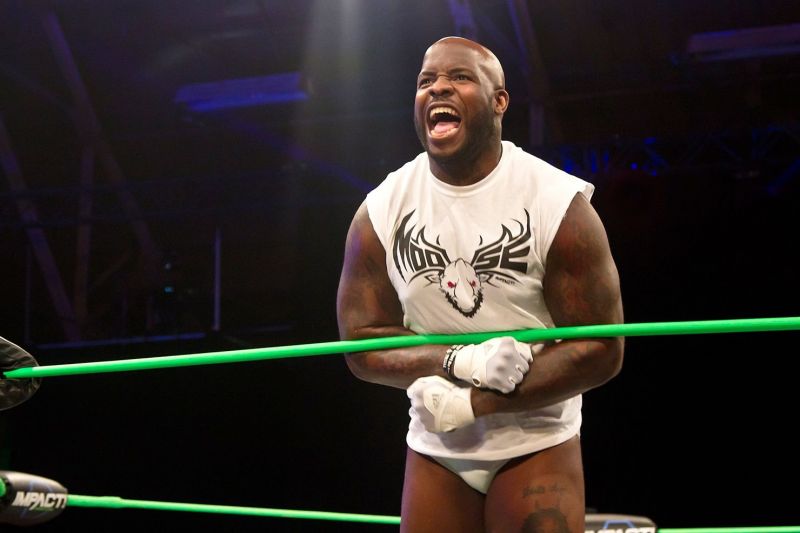 Austin Aries against Moose for the Impact World Championship is your Slammiversary main event.

Is it the match I expected they’d book for one of their two biggest events of the year?

No, no it wasn’t. As I quite boldly said in my Redemption preview, I thought the pivot would be Aries vs Brian Cage, but it would appear that the Swolverine has other business to attend do.

Is Aries/Moose their only option?

After the events of Under Pressure, a rematch with Pentagon Jr seemed like an obvious and hot direction to go in, although it seems Pentagon and Sami Callihan are set to square off after this week’s events.

Likewise, the man Moose defeated, Eli Drake, was another option. Ok, fair enough, Aries and Drake had fought twice before, with A Double prevailing on both occasions, and Drake’s contract situation is a little up in the air right now, but he’s arguably had a stronger year than Moose and is a better promo.

It would have been a rush job, but as I outlined last week, Eddie Edwards was another option.

None of that is to say there’s no appeal to Aries/Moose as a headliner. It is a first-time ever singles match, and presents a fresh opponent for Aries, who has been superb since his return.

It also marks the culmination of the story they’ve been trying to tell with Moose throughout 2018. Moose has billed himself as Mr Impact Wrestling, claiming that he’s a constant in a company full of changes, that he’s the epitome of what it means to be a company man.

Crucial to this story has been Moose’s NFL career. They’ve repeatedly told the story that this is a man who cut his teeth at Syracuse before being drafted into the NFL as an offensive lineman, making 62 appearances over a six-year career. He’s a legit double-sport athlete, a credible threat to anyone on the Impact roster.

He’s also a man, we’re led to believe, that has never held a world title since debuting as a wrestler in 2012, or challenged for Impact’s biggest prize since joining the company as Mike Bennett’s aide in 2016. Now, that second statement is technically untrue, as he contested both the Gauntlet for the Gold last August and previously battled Lashley in India. That aside, what they’ve done with Moose this year has been fairly subtle and a good story running in the background.

What he’s had, from a booking perspective, is a semi-concerted push. He won the World Title case at Feast or Fired and only lost it because of shenanigans. He’s beaten Kongo Kong, established as the wrecking animal, the new monster of Impact Wrestling. Moose has been made to feel like an upper-tier player in many respects, pushed beyond the midcard where he did well during 2017.

That push has been limited by one simple thing: Moose has whiffed in the ring quite badly this year. Very little of his action in Impact has hit the mark, and his singles performances have often been tired and fairly uninspired. He’s had a good push and has story direction behind him, but very little substance to get fans excited.

Take this week for instance. Not only was the world title eliminator played out at House of Hardcore in front of a crowd who sat on their hands for the most part, it amounted to little more than a half-hearted house show match on one week’s build. What there was exciting about Moose winning and challenging Aries? Precisely naff all, other than the novelty of Moose challenging for the belt.

And that’s where my main criticism of this, as a PPV main-event, lies. This match, as a headliner, is not a hot ticket-seller. It’s also not really going to entice many fans to buy the show. To me, it’s symptomatic of three things: 1) Slammiversary will be a fairly deep card, so the strain of the main event being the lead draw is minimised, 2) Callis and D’Amore are hoping that Canada’s relative under-utilisation as a big market will produce interest in the show and 3) they are hoping that the improved television product this year and general buzz around Impact has engendered enough goodwill that the main event isn’t purely driven by business.

I’m not entirely skeptical. They’ve got just over a month to build both this match and the rest of the card, and judging by some stuff I’ve heard, it should be a great show.

We’re firmly on the road to Slammiversary, and Impact have pinned their mast to Aries vs Moose. Time will tell if it was the right call, but at this point it’s hard not to be a little bit disappointed. 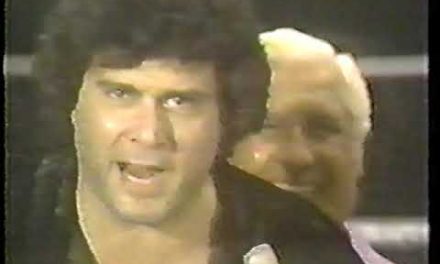