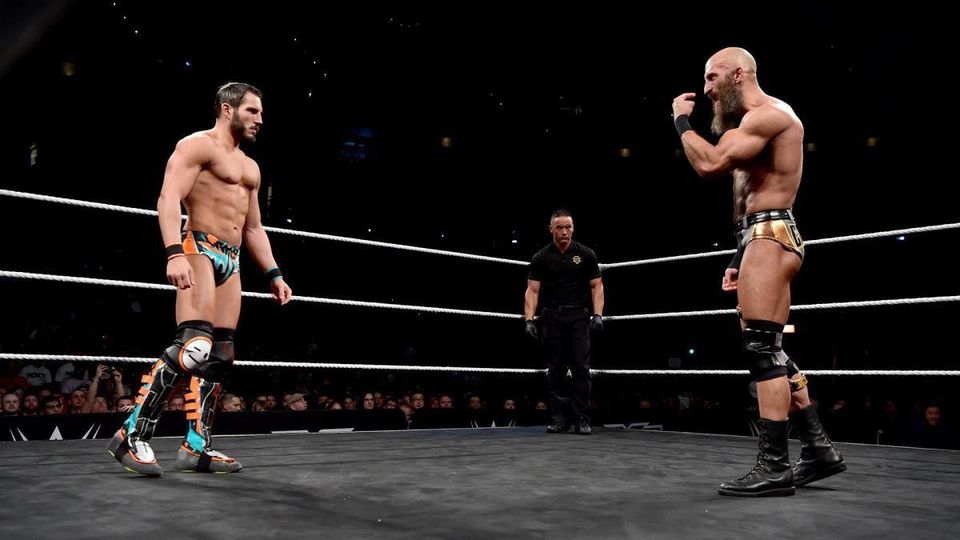 It seems like every couple of months, we all look at the NXT TakeOver card and say “This one will finally be the TakeOver that is less than stellar”. I usually try and not prejudge the card, but this may be the TakeOver that doesn’t have a match that I’m super excited about. That being said, most of the performers featured are more than capable, and many of the matches should be good, even if I don’t have anyone like Almas that I am super invested in.

As always, I don’t like star ratings and think they are reductive and damaging to criticism. Today, my rating system will be based around two things very important to me right now: How many good punches there were during the match and how much better LA Park would have made the match.

I think any team that comes out to music that starts with a deep, technologically modified voice saying “Shock the system” should be called The Shock Masters. I think this match is probably the one on paper I think has potential to be really great. Everyone involved is at the very least good, while Lorcan is tremendous. It’s interesting how heavily the crowd is booing Lorcan and Burch. It’s to the point where it might be beneficial to the match and narrative overall for them to start working heel a little bit, especially considering the crowd seems dead set on cheering anything Undisputed Era does.

The start of this match is worked really quickly and crisply, and it does a lot to establish that the challengers are on equal footing, or at least a close enough approximation. The crowd having such different allegiances really hurts the hot tag here, and I wish they would have audibled the structure in some way as I think the crowd would have been more invested overall (although to be fair they are still present and loud, so maybe I’m complaining for nothing). Lorcan being willing to die to make this memorable is a plus. It’s an interesting subversion and good visual storytelling to have Undisputed break up the double submission, which has been a finish for so many big NXT tag matches. This was very good, I just wish the teams would have worked a bit differently and listened to the crowd. The match felt like it was put together in a vacuum because of the team’s inability to change.

Rating: Good punches throughout. LA Park would have made this match a little better.

I like the slow development of Velveteen’s character, and how it’s become more and more clear that he’s a huge wrestling fan, and his mind games are in part to cover up how self conscious he is about it, and about the fact that he is jealous of his peers that “paid their dues” in more traditional ways.

He’s really good at playing this character, but unfortunately he still isn’t great at making matches anything beyond a series of small, giffable moments. He still comes across as manufactured in the ring. Ricochet, for his part, is game and has his strengths as a performer. He’s probably too willing throughout this match to let this be about Velveteen Dream controlling the action, rather than Ricochet being held down and kept at bay.

Similarly, once Ricochet was able to control the pace and work from on top, I wish Dream was able to play his character more from underneath. I wish he was able to find the moments when he can show the audience he feels outmatched and doesn’t quite know how to deal with it. Instead, it sort of feels like this match was a series of turns. Fun to watch turns, but turns nonetheless. I want to stress that I think the overall work here is pretty strong. I just think that for a performer who relies on his character and gimmick, Dream could have made this match more impactful if he was able to find more creative ways to work that character in.

Much like how the best tag workers are always invested, even when on the apron, Dream needs to learn to be always Dream, not just Dream in specific spots throughout. The finishing sequence here was really good, and Ricochet is great. I’ll bet other people, who value different things than I do, will be more positive on this match.

Rating: Very few good punches. Strangely, I don’t think LA Park would have improved this match all that much.

I’ve been lower than most on the recent NXT women’s stuff (mostly because I felt Ember Moon was poor more often than not) so I’m actually pretty excited for this. I find both women really dynamic and, perhaps most importantly, both have a really solid understanding of who they are as performers.

I’m pleasantly surprised that Baszler is so willing and so competent at portraying fear and bewilderment. She clearly doesn’t really know what to make of Cross and she plays off of her in a really natural and believable way. Cross is really fun here, a force of constant energy that contrasts really well with Baszler. Styles make fights, and in wrestling having two characters who can so easily play off one another makes for consistently interesting action. That being said, I think the finish really undermines Cross here.

If Cross was a male performer, they would have made sure to set up a narrative that toes the line between “Are they truly crazy or are or they in control”, and the finish here just sets up Cross as someone who is simply unbalanced. I didn’t expect her to win, but to have her smile and seemingly invite defeat really hurts her as a credible athlete.

Rating: Lots of good punches (or knee strikes). LA Park would have made this very good. Tell me you wouldn’t want to see Cross fight Park. Or tag with Park. Or do the Park gimmick as Hija de LA Park.

Someone in NXT creative is a very big fan of the “this is your reality” line, which has been used for both the women’s and NXT title fights. This match is unique in wrestling, as it’s pretty rare that two undefeated people fight for a belt. Has that ever happened? It’s very cool, and I wish a bigger deal was being made of it. They could really make this feel like a prize fight instead of just another defense.

The opening sequence here is very cool, and I love Sullivan running through offense like a videogame character. After that, I wish this match was more about Black having to solve an unsolvable riddle and rely on things beyond his normal stuff, but instead a lot of it boils down to Sullivan making mistakes and Black’s normal stuff ending up just as effective. That being said, Black selling the knee was tremendous. Probably my favorite limb selling since the Maximo/Kamaitachi match from a few years ago.

I’m confused by the ending stretch here. So Black and Sullivan obviously screw up on that first kick, which is unfortunate because that’s all people will remember from this otherwise very good match (I would say this is Black’s best NXT match). But I don’t understand why you would use the Black Mass as a near fall when less than a minute later, you’re going to have Sullivan no sell one completely. It doesn’t work for me at all. Otherwise, this was very good. Probably my favorite match of the night, warts and all.

Rating: Not a lot of good punches, but some. LA Park would have made this match amazing.

I’m interested in this match for a few reasons. One, I want to see how they escalate things, as the last match felt very final. Will this match be an actual conclusion, or will something happen to change the narrative again? So many people are predicting a Candace turn. Really, on some level, I think the extension of this feud shows a lack of faith in the rest of the NXT roster right now.

I dunno. I didn’t write any notes while this match was going on, which I suppose on some level speaks to the quality of the performers. The match was good, probably? But in a match where the major pushed narrative was excess, I found myself wondering about that very same thing. What was the purpose of this match? What did this achieve that the last one didn’t? I reacted to this much the same way I do to Marvel movies. The action is fun, all the performances are good, the story is fine, but I don’t know why it is necessary. I don’t know why I’m watching it. If you are super invested in the whole Ciampa/Gargano thing, I could see loving this. Otherwise, I felt like most of it was a bit overwrought.

Rating: So many good punches. LA Park would have made this match way, way better. 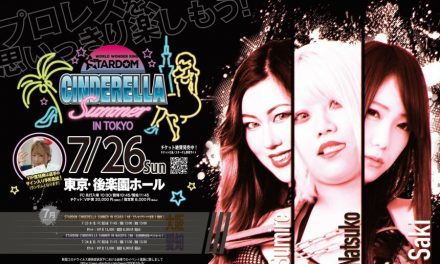 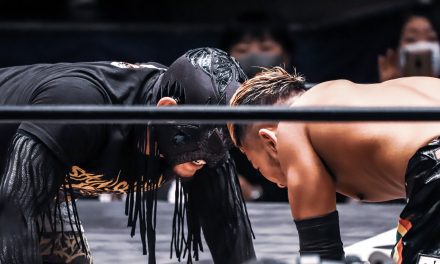 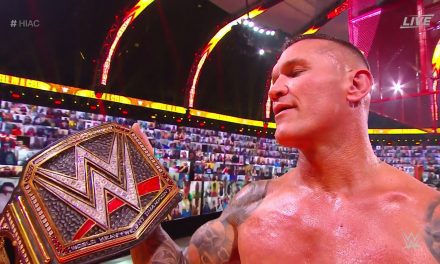