Two words that mark the conclusion to every story.

And so the handsome prince married the beautiful princess and they lived happily ever after. The End.

And so the brave knight killed the dragon and freed the village from its dreadful tyranny. The End.

And so the mythic BONE SOLDIER, once a repugnant waste of space, emerged from his exile having metamorphosed into an adonis with perfect abs and matches that don’t suck. The End.

Over the past two years, New Japan Pro Wrestling has been telling a story. The story is Kazuchika Okada, the longest reigning IWGP Heavyweight Champion in history. Okada has held the belt on three previous occasions, each of them fairly sizeable in length, but none of them compare to this fourth run. He has held the belt longer than anybody else and has successfully defended it more times than anybody else, including his greatest rival Hiroshi Tanahashi. The list of men that Okada has beaten to retain the belt is a who’s who of elite wrestlers: Tanahashi, Tetsuya Naito, Katsuyori Shibata, Minoru Suzuki, Zack Sabre Jr., Naomichi Marufuji, and Kenny Omega, among others. Many of these men have come very close to defeating him, but all have failed. Okada’s title reign has established him as the preeminent champion of his time, leaving everyone to ask the question: Who can stop the Rainmaker?

At the same time, New Japan has been telling another story. The story is Kenny Omega and his rise to the top of New Japan Pro Wrestling. Originally a babyface in DDT Wrestling, Omega signed full-time with New Japan in 2014, debuting as a heel in Bullet Club. He changed his look and his demeanor, cutting ties with longtime partner Kota Ibushi. Starting out as a junior heavyweight and Bullet Club underling throughout 2015, Omega jumped to heavyweight and took over the Bullet Club the very next year. He won the IWGP Intercontinental Championship, defeating New Japan megastar Hiroshi Tanahashi, before winning the prestigious G1 Climax tournament only a few months later. Omega challenged Okada for the IWGP Heavyweight Championship at Wrestle Kingdom 11 in a critically acclaimed match. He failed in his challenge, but the consensus was now clear: Kenny Omega is a world-class wrestler and a bonafide superstar. Omega challenged Okada again at Dominion five months later, but again failed when the match ended in a 60-minute draw. He did defeat Okada during the G1 Climax a few months later, but it wasn’t for the title. Omega eventually reunited with Ibushi in January 2018 and fully purged his evil ways, but there is one thing still eluding him: The IWGP Heavyweight Championship. It is the ultimate goal, but it is one that Omega has never been able to reach.

After Okada defeats Tanahashi at Wrestling Dontaku on May 4, his next title defense is scheduled: Kazuchika Okada vs. Kenny Omega for the IWGP Heavyweight Championship at Dominion on June 9. Okada and Omega will once again battle for the biggest prize in wrestling, but this time there will be special stipulations: It will be best two-out-of-three falls and there will be no time limit.

Heading into the match, Okada is extremely confident. “I’ve conquered eleven defenses and this is the longest reign ever,” he says in an interview on New Japan World. “Now people can see a champion that’s evolved. Even though this is my thirteenth defense, it’s also the dawn of a new era.”

Omega exudes similar confidence in his own New Japan World interview. “I’ve put in the work,” he says. “I’ve endured the heartache. I’ve lost everything. And it was all a sacrifice for a greater end: It was to end [Okada’s] reign. We all knew this was gonna be a lonely journey. And I’m sure you felt it too, Okada. It hasn’t been easy to make twelve defenses. You’ve done a great job. And now my friend, it’s time for you to take a rest.”

We’ve seen Okada and Omega wrestle for the title before. We know they have a penchant for having long, drama-filled epics. Both men do have superhuman levels of stamina, as well as a healthy dose of showmanship and panache. And thus it is no surprise that on June 9 in the main event of Dominion, Okada and Omega once again go the distance. Okada picks up the first fall at 28:47. Omega ties it up at 47:57. And the third fall will not be decided for another fifteen minutes.

For over an hour, Kazuchika Okada unleashes every move he has in his arsenal to put Omega away: The Rainmaker, the Tombstone Piledriver, Heavy Rain, the Diving Elbow Drop, an endless amount of dropkicks. For over an hour, Kenny Omega unleashes every move in his arsenal to take down Okada: the One Winged Angel, the Croyt’s Wrath, the Aoi Shoudou, the Double Underhook Piledriver, an endless amount of V-Triggers. And towards the end of it all, it has become quite clear that both men have given everything they have to the other. Every ounce of blood, sweat, and determination has been expended for the sole purpose of winning. Okada tries to hit a Rainmaker, but he is so weak that he collapses at Omega’s feet upon impact.

Omega tries to hit another One Winged Angel, but he is too exhausted to even hold Okada up on his shoulders. 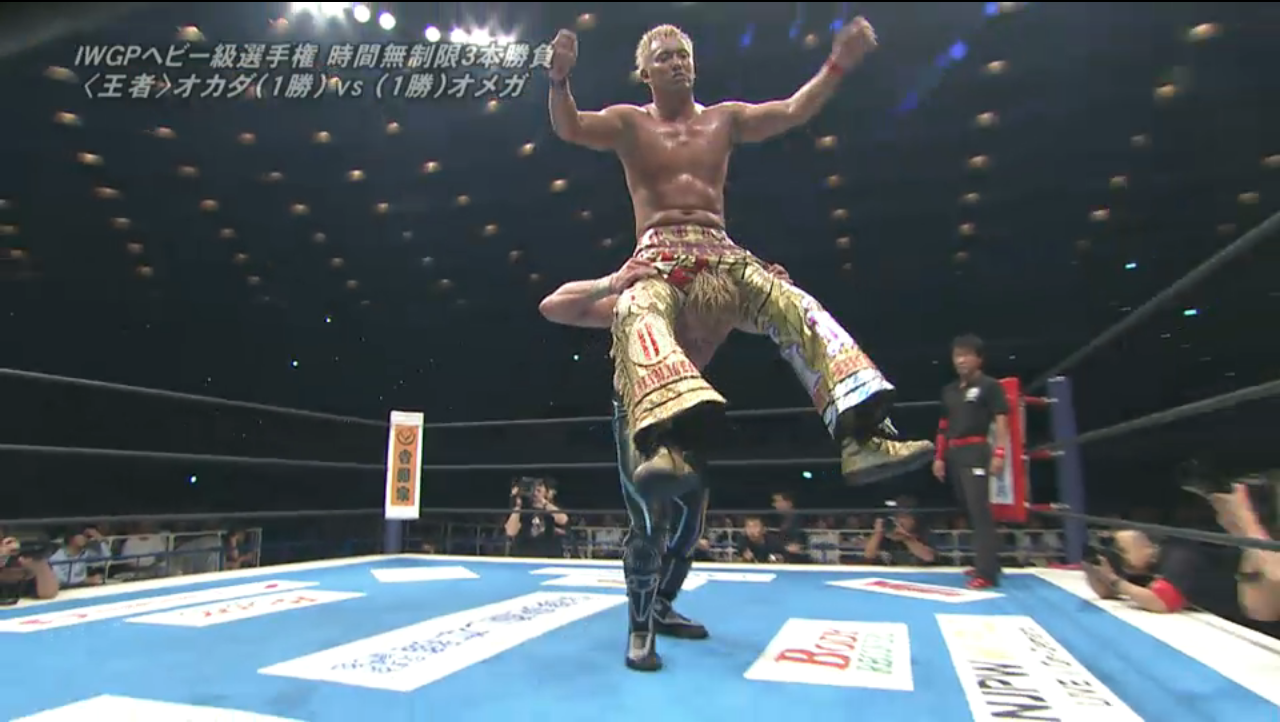 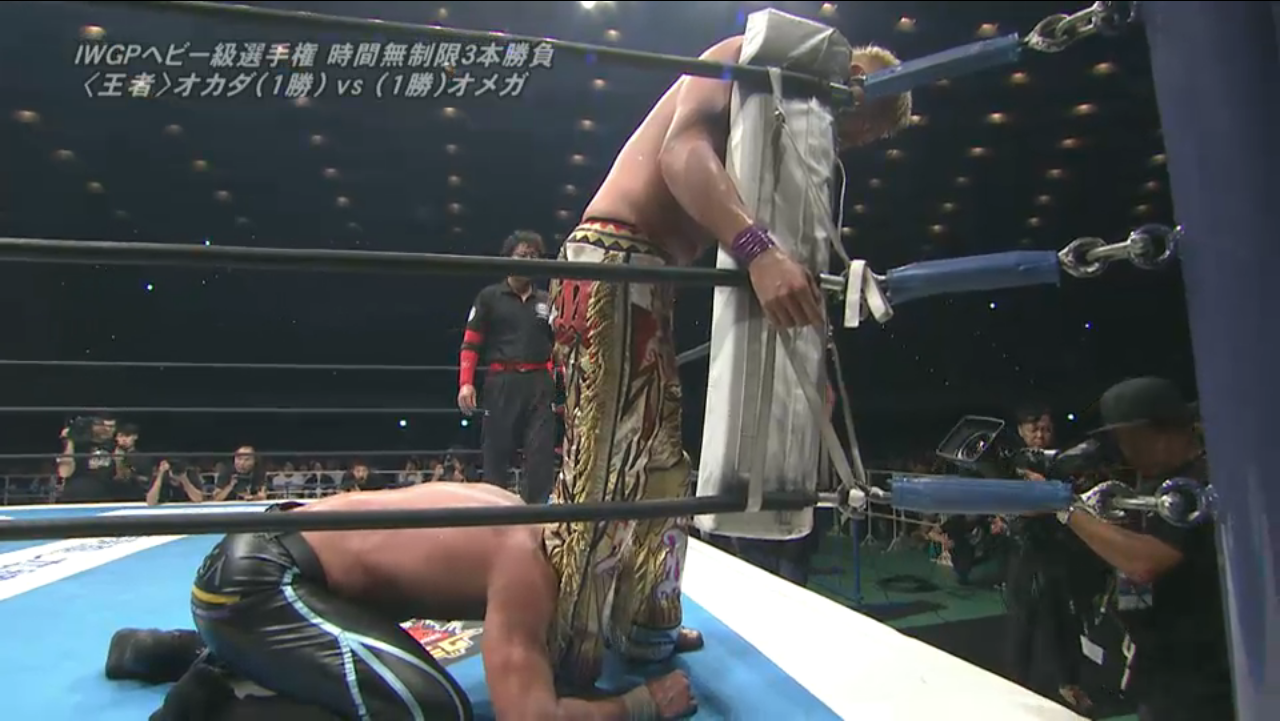 At just over the 60-minute mark, Omega counters a Rainmaker into a desperation One Winged Angel, but Okada is too close to the ropes and Omega is too tired to even make the cover. The tanks are empty. And then we reach the final minute of the match.

Okada is sitting against the ropes. His eyes are glazed over like fresh donuts. He may not be all there, but the part of him that is there is panicking. Oh shit. Not like this. Get up. Get up now. 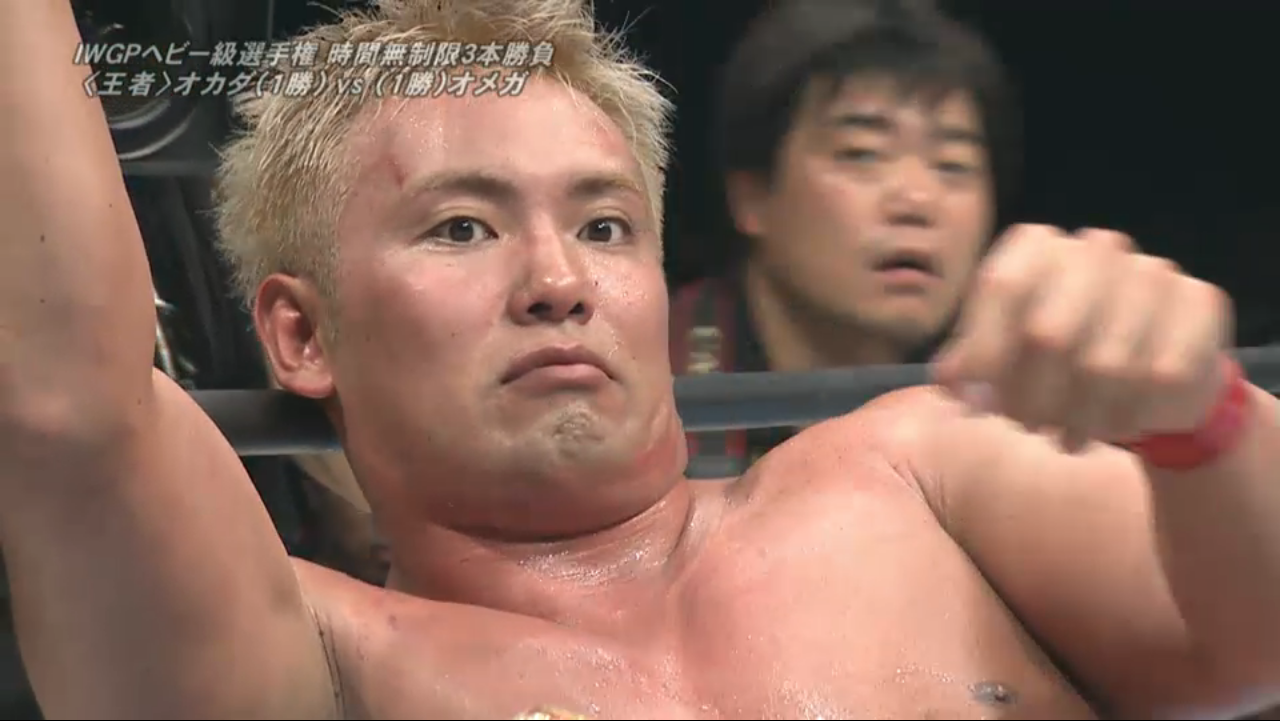 He grabs the middle rope to pull himself up, but he can’t. His strength is gone.

Omega tries to do the same, also in vain. 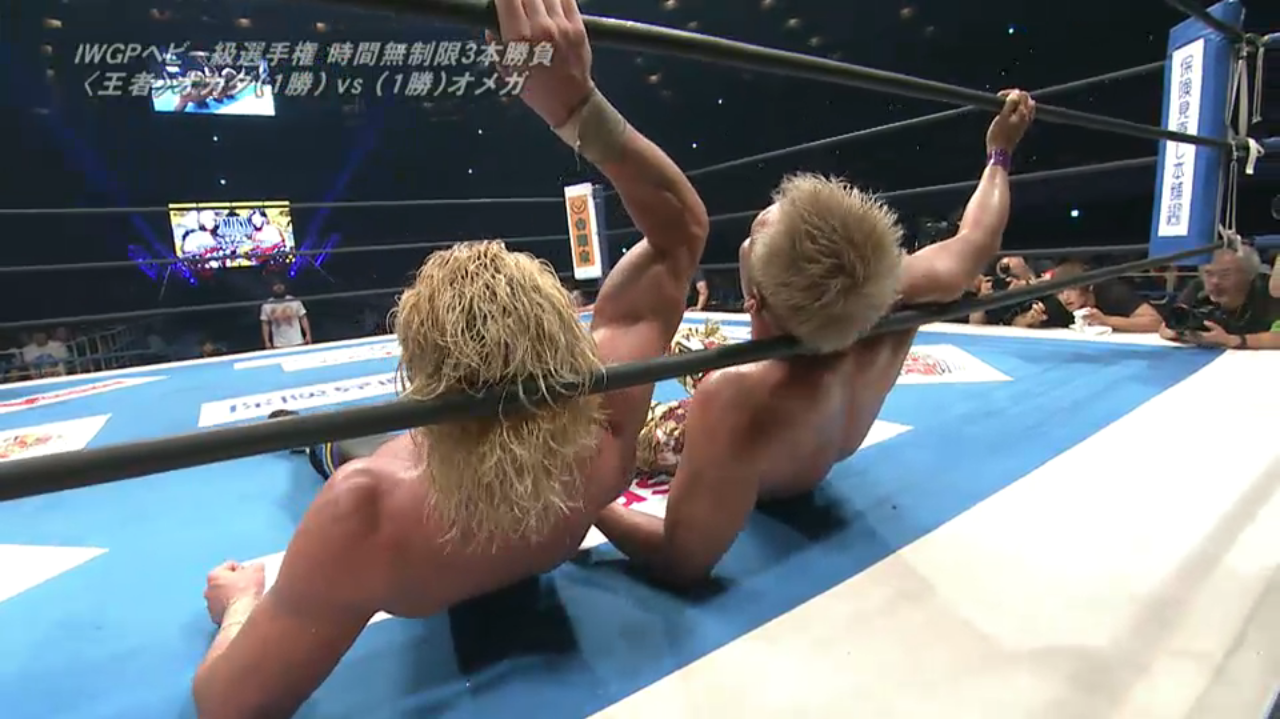 Is his strength completely gone as well? No. Not yet. Omega resorts to using Okada as leverage to get to his feet. He puts his hand on Okada’s head, pushing down to elevate himself. 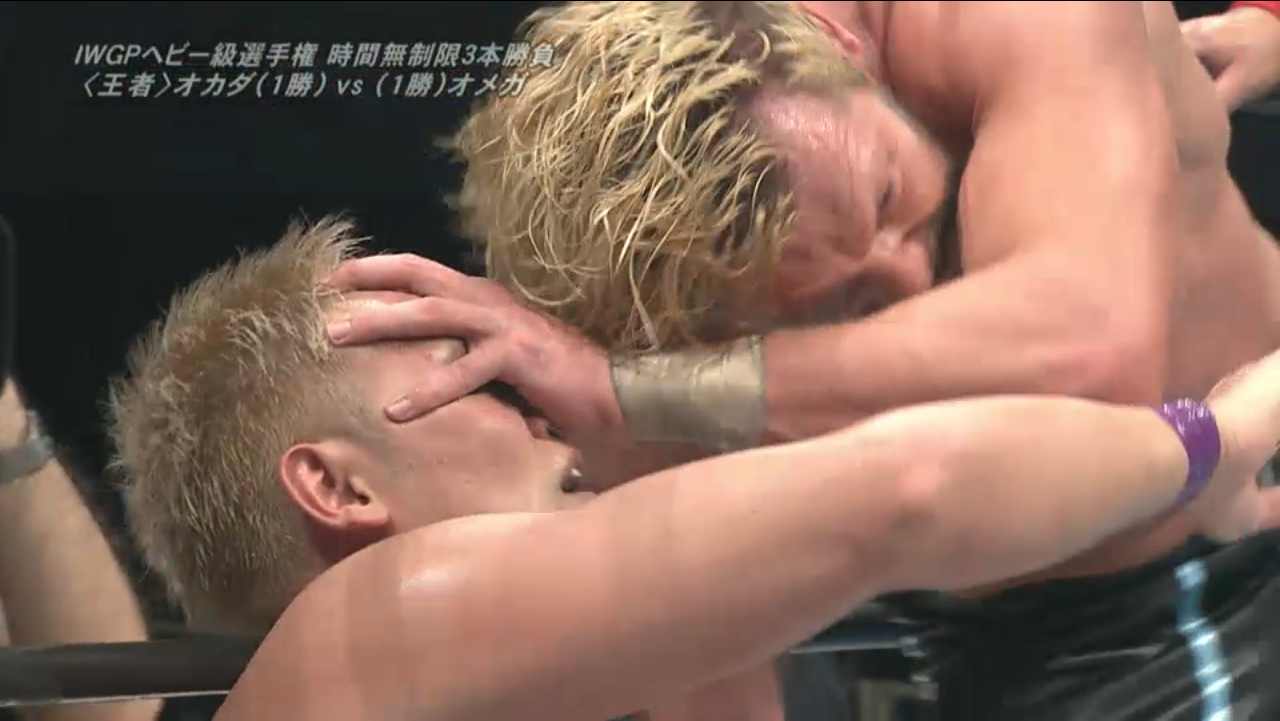 Okada tries to stop him, but he’s too weak. The crowd begins to chant “Kenny! Kenny! Kenny!” Loudly.

Omega looks like he is on the verge of tears due to sheer frustration, but he finally makes it to his feet. 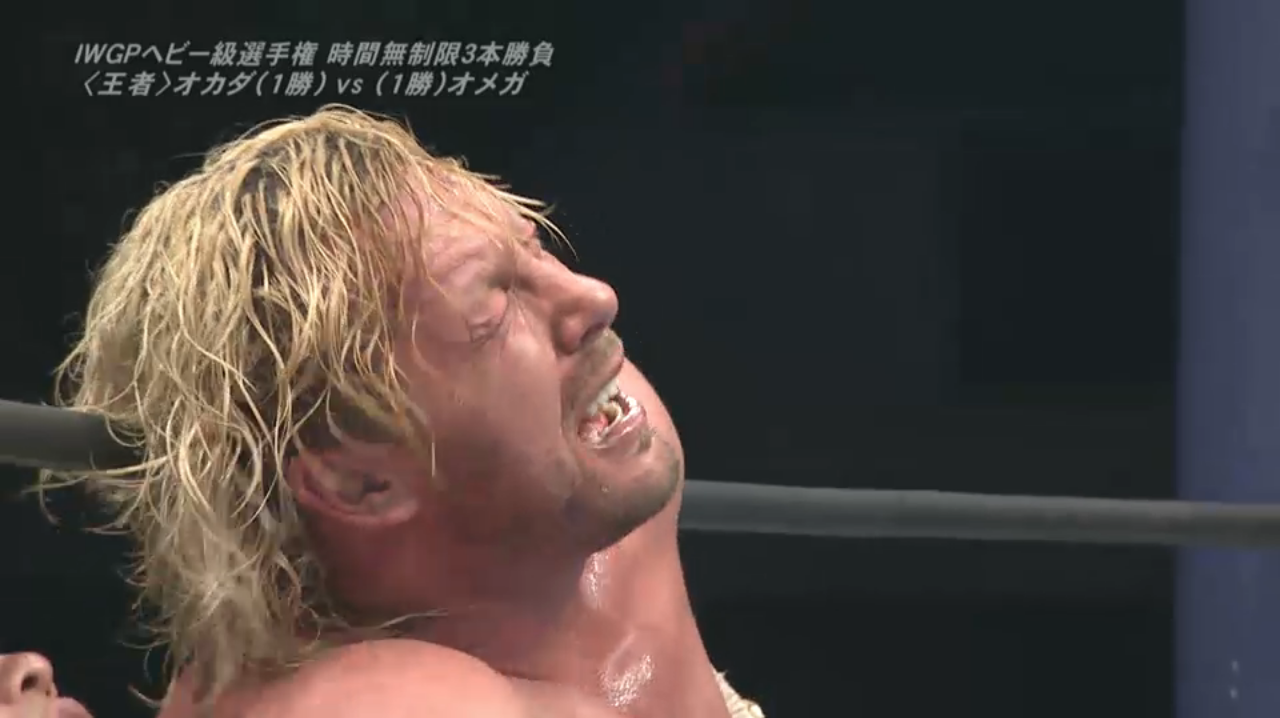 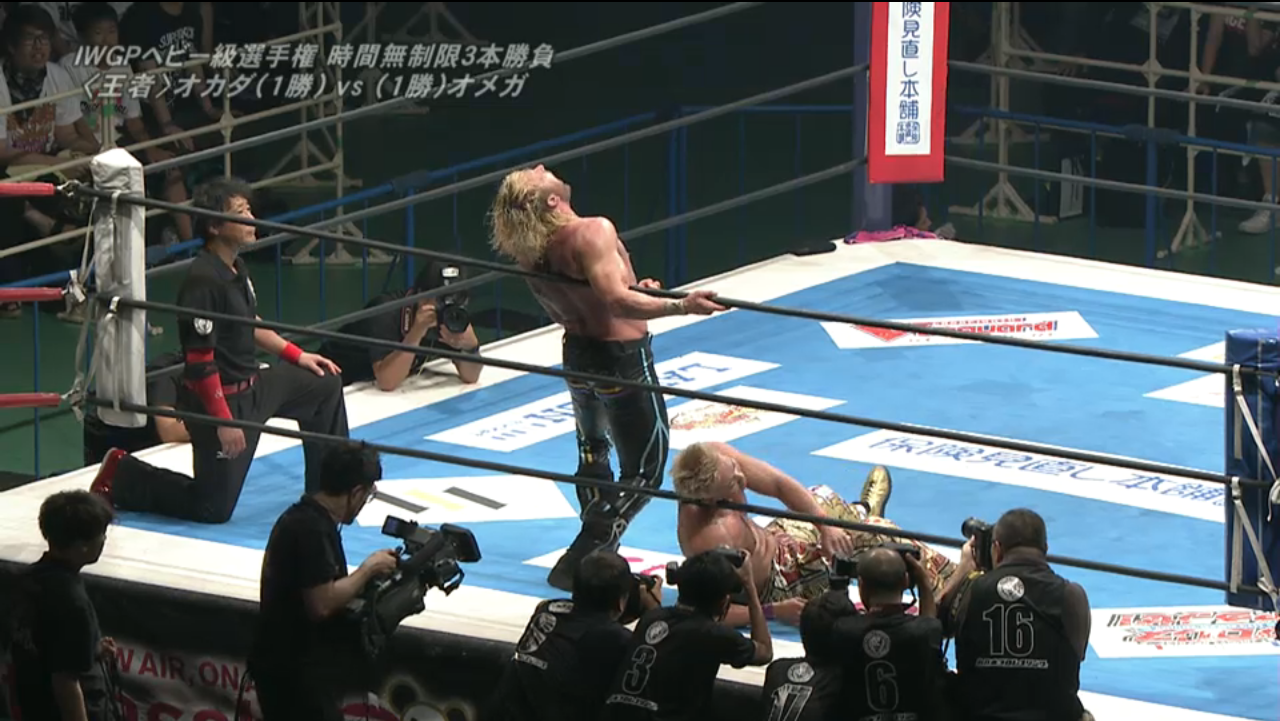 Okada is still down and doesn’t show any signs of getting up.

With a guttural yell, Omega digs into his final reserves and runs to the opposite ropes. We know exactly what’s coming next: The V-Trigger. A move that has helped him win countless matches. He’s already used it many times throughout this match, but this one has to be his most vicious yet. Omega can’t hold back, not when the title is this close. He has to empty the clip. And Omega empties the fucking clip.

He gives Okada the mother of all V-Triggers, sending his knee through Okada’s face, skull, and soul. Hell, it damn near goes through the camera. Omega wastes no time, picking Okada up on his shoulders.

Okada can’t counter, he can’t delay, he can’t fight. The will is gone and nothing can save him now. Omega drills his opponent into the mat with one final One Winged Angel and smartly hooks Okada’s leg. No mistakes. Not this time. 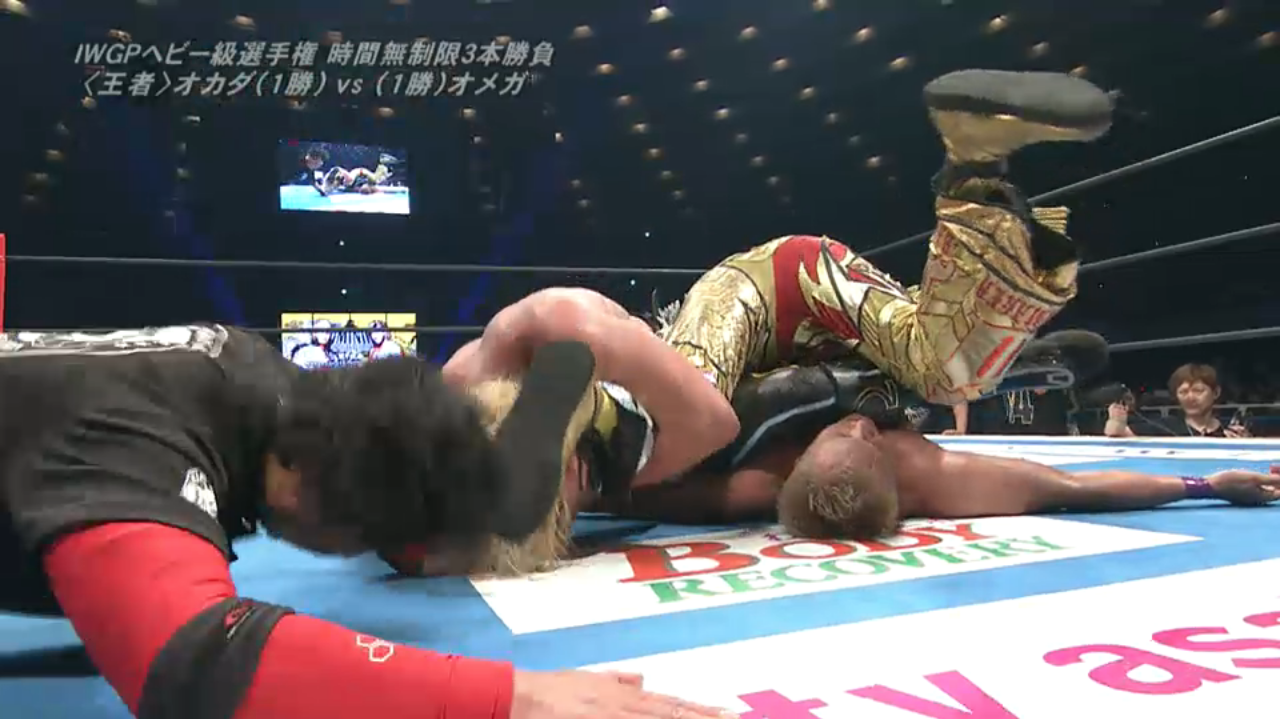 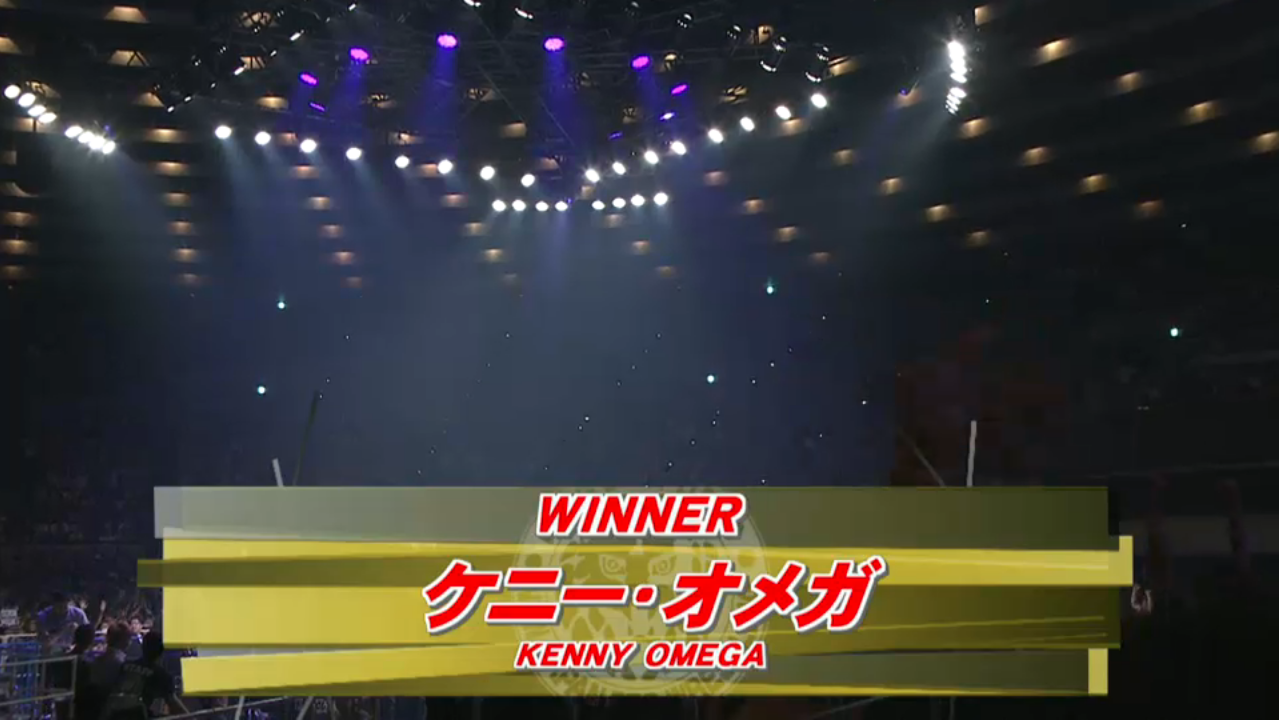 In those final sixty seconds, we not only see the ending of what is quite possibly the greatest match of all time. We also see the ending of two stories: The story of Kazuchika Okada, the longest reigning IWGP Heavyweight Champion of all time, and the story of Kenny Omega and his rise to the top of New Japan Pro Wrestling. And it all played out to absolute visual perfection. Okada, the most dominant champion in New Japan history, the man who always stood tall at the end of every big show for the last two years, is no longer able to stand. He tries to get up, he tries to stop Omega, he tries to keep his story going, but it isn’t meant to be. And Omega, the man who sacrificed everything he had to be the best wrestler in the world, the man who claimed to be the best but could never win the big one, lifts himself up, completes the redemption arc, and gets the happy ending that he deserves (with Kota Ibushi by his side, no less).

When Okada talked about his thirteenth defense being “the dawn of a new era,” he failed to realize that in order for a new era to arise, the old era must end. The same is true for a story. Every story has to have an ending; that’s what makes it a story in the first place. It doesn’t matter what type of story is being told; it could be a happy one or a sad one, an exciting one or a boring one, a short one or a long one. Whatever the story may be, it will eventually come to an end. That way, a new story can be told. And so we begin two new stories: The story of Kenny Omega, the man who can finally call himself the IWGP Heavyweight Champion, and the story of Kazuchika Okada, the man who wants his IWGP Heavyweight Championship back. First thing’s first though… 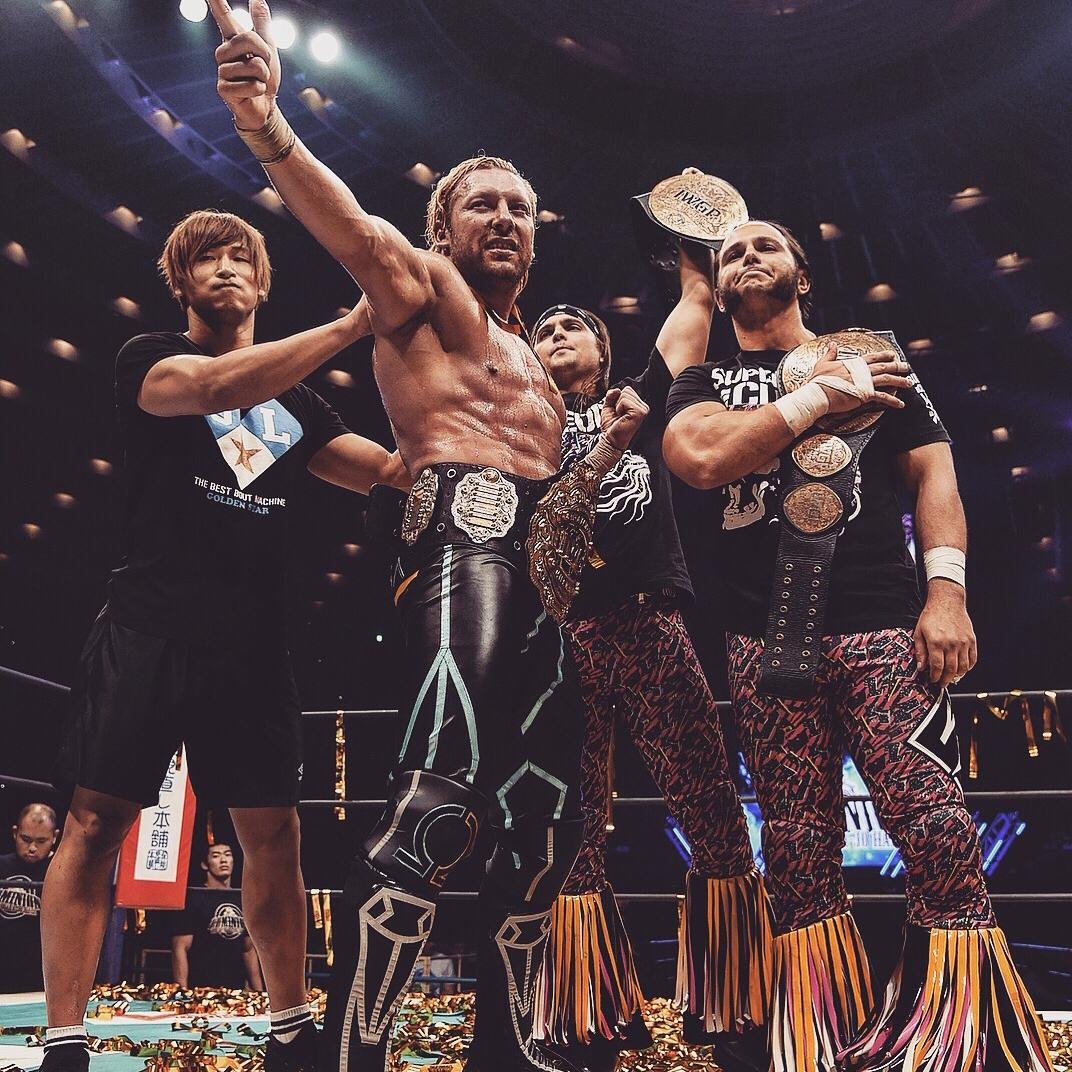 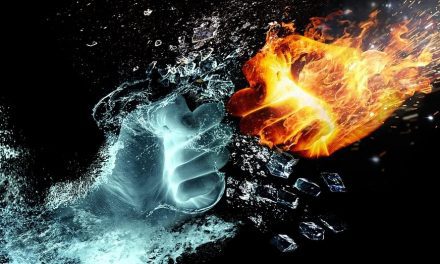