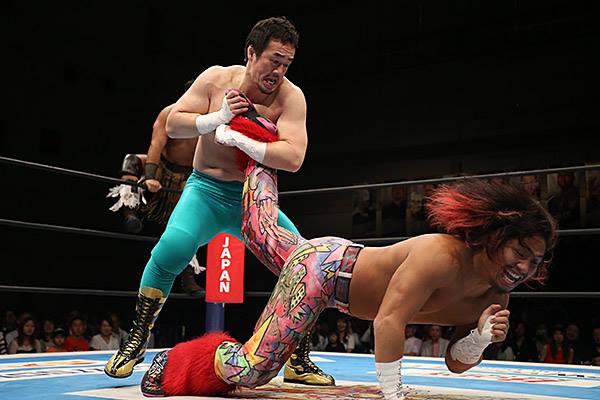 Despy is a manic for falling down those steps in a match that he didn’t really have to put full effort into. This was a ton of fun as we saw the Villain clash with the grimy insane person that is El Desperado. Things started out as a pretty good brawl through the crowd, which is a welcome change of pace for these single cam shows. We saw here that they have two other cameras set up and ready to shoot at a moments notice when the fight went into the crowd, I honestly don’t understand why they don’t use these cameras regularly for these hardcam shows. Getting back to the match, things slowed down a little for me in the middle, but really picked up by the end. I loved the closing stretch which featured as much rule breaking as they could possibly fit in and eventually ended with Despy tapping to the Chickenwing. Both men continued their very good tournament runs with this one. ***½

I shouldn’t really be surprised, but this match ruled. It felt almost like a G1 match where these two guys want to go out there and top the match that came before them. This had a ton of great action with some believable nearfalls as the match wore on. Effort was not an issue here as both men gave a 110 percent throughout. Chris Sabin has really brought it in this tournament, I hope that New Japan continues to book him going forward. While I wouldn’t say that this is a must see classic of a match, it is absolutely one of my favorites of the tournament thus far. This was a great reminder of just how good Chris Sabin really is. ****

If you came for different types of matches, today is the day to watch. This was primarily a grappling match with a heavy shoot style influence. It makes a ton of sense that this match would be this when you look at the backgrounds of the two men involved. KUSHIDA has a 6-0-2 record in MMA and SHO spent a good amount of his time while on excursion in America training for an amateur fight that never actually happened because his opponent couldn’t make weight. This is a style that you don’t see very much out of the Junior Heavyweight Division, but these two can more than hold their own. KUSHIDA’s experience won out here and he picked up the win with the small package driver. I’ve seen some match of the year candidate talk getting thrown around in regard to this match. Personally, I don’t agree, but I still thought it was very good. The grappling segments were compelling and I enjoyed when things broke down into strike exchanges. My lone real complaint about this is that it felt a little too long to me. Chop off a few minutes and I think I would have enjoyed it more. Regardless of whether you enjoyed it or not, a tournament need matches like this to give a variety to the audience or everything starts to feel the same. I can’t wait until SHO gets a bit more experience under his belt and gives us an even better rematch. ****¼

Oh man, did this match (and the show as a whole) ever deliver! I love that we got both silly and serious Taguchi here. The opening minutes of the match had what might have been my favorite spot of the show when Taguchi ran from one end of the crowd to the other in an attempt to take out Hiromu, but just ended up crashing into a wall. As the match went on though, Taguchi got serious and put a real beating on Hiromu. There were a bunch of times where I thought that the Coach had the match won. The real turning point in the match was when Taguchi almost tapped out Hiromu with his brutal looking ankle lock. Once Takahashi was out of the hold, his game plan completely changed and he began looking for a way to win as fast as possible. He went for quick pin after quick pin and when that didn’t work, he ended up submitting Taguchi with a triangle choke. Someone please correct me if I’m wrong, but I don’t ever remember Hiromu winning a match this way before. Pure and simple, it was desperation and it was awesome to see a wrestler diverge so greatly from their normal style when they were shaken by a near loss. On a show with four great matches, this one had to be my favorite. ****1/4 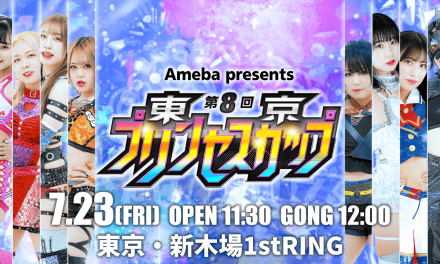