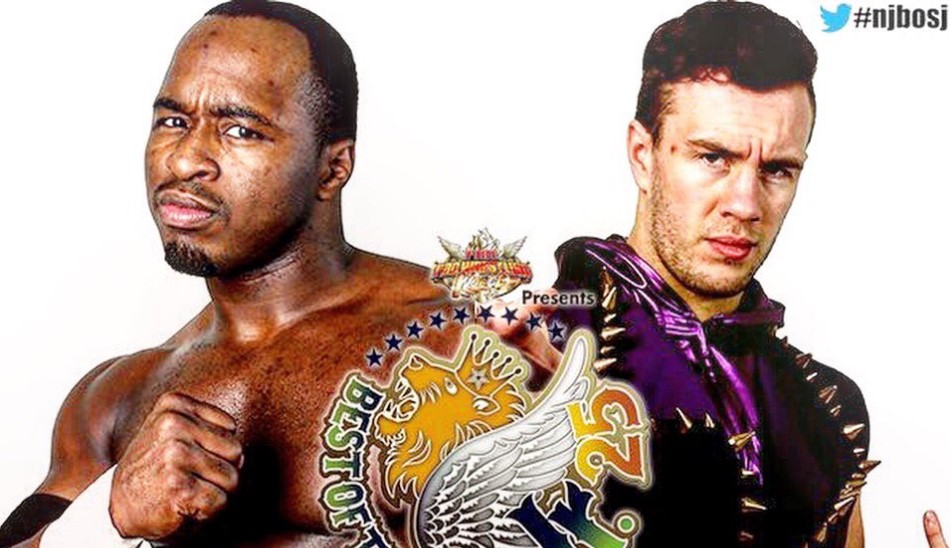 One thing this early win streak absolutely tells us is that Tiger Mask is coming back for an 18th tournament run next year. In recent NJPW history we’ve seen legends play out their tournament strings in unsuccessful manners: Hiroyoshi Tenzan was the story of the G1 in his final year but failed to do much scoring only four points. Last year Jushin Thunder Liger participated in his final Best of the Super Juniors and only scored two points. Again, Tiger Mask could lose out but with opponents like Flip Gordon still waiting, we could see him make a surprise run to the top of the A Block.

The match itself wasn’t anything super special. There was an obvious goal to make YOH the more featured wrestler as he seemed to be on his A game and had the crowd behind him at numerous points throughout the match. The strategy for Tiger Mask was sound. Let YOH flip and dive around like an idiot, I’ll just hook him in an arm bar and go for my signatures. Tiger Mask unsuccessful tried for the top rope double underhook suplex (a move that’s been very successful for him as of late) but YOH fought it off to get another run of offense. It was all for naught though as Tiger Mask hit the top rope double underhook and appeared to have the match won. YOH kicked out much to the delight of the crowd but Tiger Mask finished him off seconds late with the Millennium Suplex. ***¼

This was one of the matches I circled on the Best of the Super Junior schedule as I love the juxtaposition of a flippy hot youngster taking on a grumpy asshole prick. (See also: Flip vs. Tiger Mask coming soon). Kanemaru wasn’t as grumpy here as I would have liked but Flip was as flippy as I wanted. He’s really added a dynamic element to this year’s tournament and while there’s no shortage of flips and dives throughout the tournament, the elegance and speed at which he flies has definitely been an asset. Through two matches he’s quickly become a fan favorite as everyone tries to guess what he’ll do next.

Flip finished Kanemaru off with a Four Flippy Splash. Both guys will have better matches in this tournament (and already have) but this was fine. Flip gets on the board with two points and Kamemaru is still rocking a goose egg. Fun match but don’t go out of your way if pressed for time. ***

I enjoyed this match a lot. Ishimori entered the match as a tweener of sorts as the crowd still reacts to him as if he’s yellow-pants NOAH guy Taiji Ishimori. To his credit, Ishimori quickly got the crowd on slowly turning on him and moving over to BUSHI’s side. About five minutes into the match everyone was solidly behind BUSHI and booying Ishimori. What’s cool too is Ishimori slowed the action down at times but did it in a way that didn’t totally tank the match or take away from his skills. Instead, there were careful and well-planned side headlocks and rest spots designed to slow down BUSHI and “disappoint” the crowd. Ishimori is nailing the “heel” aspect of the character perfectly so far — his interview with NJPW’s website is a must-read. Similar to SANADA, the long term goal for someone of Ishimori’s looks is top-flight babyface but the transition to heel is a great move for now as they build up his rep within the company.

As far as this match, BUSHI was your hot-shot babyface highflier throughout this match and seemed to have things in hand after hitting a beautiful looking Bushi Destroyer. Ishimori kicked out at two but BUSHI stayed on the attack and went to the top rope. I’m not sure what he was attempting to do but Ishimori met him with a Codebreaker and hit his new Bloody Cross finisher (underhook double knee gutbuster) for the win.

Really fun back and forth match with a heated slap exchange that helped build towards the climax of the match. Had this been a little longer we may be looking at one of the better matches of the tournament thus far. ***¾

Do you really need me to tell you what this match was like? It’s freaking ACH and Will Ospreay you can probably guess for yourself.

Since I’m a nice guy, I’ll tell you. It was awesome. Flips, counters, reversals, flying, anime-esque standoffs, stiff chops and Ospreay screams. The crowd loved every minute of it. This match was equal parts spectacle and hate, in-between displays of unbelievable highflying would be a hard chop or stiff kick. These dudes were battling for high-flying supremacy.

Ospreay eventually picked up the win but this was a fantastic back and forth that you should definitely go out of your way to see. ACH has had a great tournament so far and Ospreay, well, what more needs to be said about him. He’s having a historic 2018 and should be in your Wrestler of the Year/Most Outstanding conversation. ****¼

Best of the Super Juniors 25 Standings

Night 3 of NJPW’s Best of the Super Juniors 25 was a worthy single-cam, non-commentary show with a great main event between Will Ospreay and ACH. 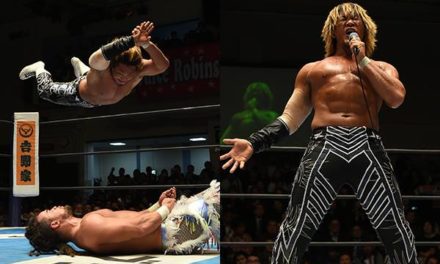