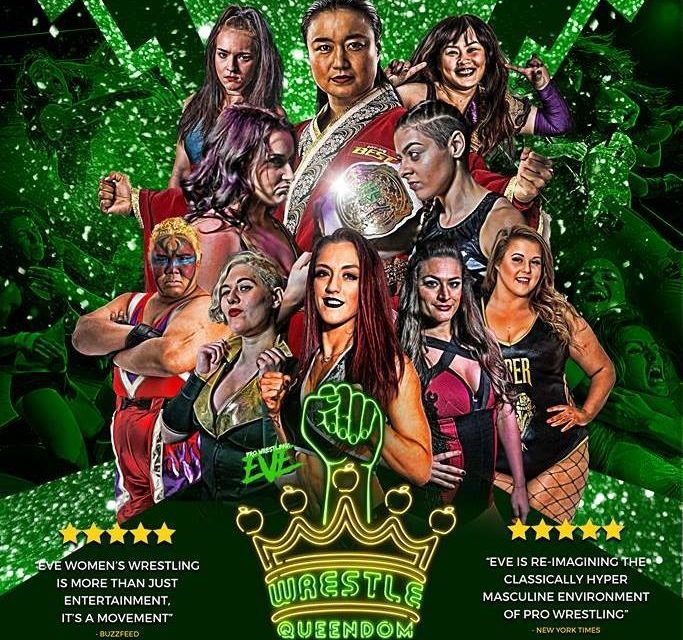 This match got switched around due to Jinny’s hand injury and Nicole Matthews being unable to fly out, so these two women were left without opponents resulting in them being booked to face each other. The Ladder match later in the show is a Money in the Bank style match, so one of these women will get to move on to be a potential #1 contender. Erin Angel is Jetta’s protégé, and is a beloved babyface while Jetta is a heel, so expect that to come into play during the match. This should be a fun opener. Prediction: Kris Wolf

Women’s War Games! Man this is exciting. I don’t know if this match is literally going on second but the way the card looks it just may. Rhia O’Reilly, the former Eve champ and veteran babyface, looks to get revenge on the women who cost her an Eve title rematch against Sammi Jayne and viciously attacked her several shows ago. She brought along two of her veteran babyface friends to do it in former Eve champion Emi Sakura and her bestie Andy Starr. She also brought Laura Di Matteo who’s a protected ass kicker in Eve. Meanwhile, The Deserving are named so as they feel when Rhia assumed an authoritative role while she was injured for a year that she played favorites and screwed them out of opportunities. Heels with identifiable motivation, what a concept!

I have no idea what these women have planned; and this could totally fall apart and be a mess, or it could be a fantastic bit of storytelling. Jamie Hayter has impressed me from all I’ve seen of her in Eve and Charlie Evans is quite good as well. Prediction: Squad Goals

A War Games match and a ladder match on the same card, Eve really went all in on this one. This is your Money in the Bank match of the card and so the winner of this may guide the future of the company. Millie McKenzie is the big star here. She’s 17 and a prodigy like no other. She defeated Toni Storm to qualify for this opportunity (in an absolute banger of a match), if that gives you any indication of her status. Nina Samuels is a very good heel and solid worker. To me those two are the favorites to take this. Either way this could also be something truly great, and should be at the very least good. Prediction: The first 21st century badass, Millie McKenzie

Well, we’ve had a War Games match and a ladder match but now it’s time to get to the business end of the card. This is my most anticipated match of the show. Kay Lee Ray is a great wrestler. She is often compared to Lita, and as a Lita fan I can tell you, Kay Lee Ray is better. She’s a more complete worker and much more versatile. Meiko Satomura is one of the best wrestlers in the world. This could very well steal the show and is probably expected to. Even with the high expectations I have no doubt this will deliver, as this is a big stage for both of these women. Prediction: Meiko Satomura

This is going to be a hoss fight. This will be a true clash of the titans as Viper (now a triple belt holder) takes on the legendary Joshi wrestler who’s done it all and beaten them all, Aja Kong. In case you’re wondering if Kong can still go, she can. Viper’s going to step up big time here. Another generational dream match and this one I think the young gun might pull off. She’s got three belts, after all. Prediction: Viper

This is the main event of Wrestle Queendom. Charlie Morgan earned this right by winning the very first She-1 Ace of Eve tournament in November, defeating Sammi Jayne in the finals. It was an emotional victory and a great moment. Sammi Jayne has been Eve champ for nearly a year, dastardly scheming and cheating her way to victories and just narrowly being able to keep hold of the Eve title.

I worry about this match following such a stacked card. With big stip matches and dream matches underneath them, will they be able to deliver a memorable and worthy main event? Time will tell. Since this is Eve’s big culminating show you’d think Morgan gets crowned the new champion here, dethroning Jayne and ending the reign of terror. Could we see a cash in on the victor here; or perhaps even during the match to make it a three way? I doubt it. Sometimes the tale as old as time is the right tale to tell. Prediction: Charlie Morgan

You can follow me @Lawsoncomedy89 and listen to my podcast (where I also previewed this show) Talking Smark. 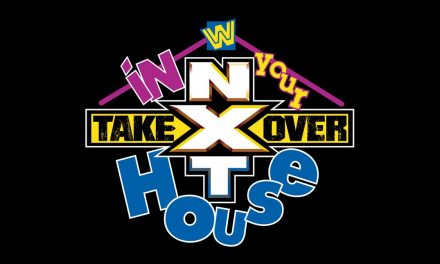