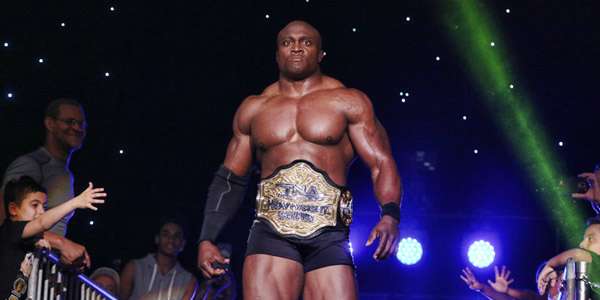 There’s a beautiful symmetry to the career of Bobby Lashley. WWE-Impact-MMA-Impact-WWE. Yet the man who returned to decimate Elias on the post-Wrestlemania RAW is far from the dull former amateur wrestler from Junction City that washed out of the E in 2008.

Obviously experience in the wrestling business has matured Lashley as a performer, but a key factor in his development is that second spell with Impact. From the moment he walked back into the company in 2014, he was the ship that survived the incredibly tumultuous waters. Throughout everything, from financial issues to shoddy booking, Lashley was there, in the main event scene, consistently producing stellar performances in the ring. Not only that, his mic work came on leaps and bounds and he carried himself like the most convincing champion in wrestling.

Lashley firmly earned his place in Impact canon and alongside EC3 must be considered one of Impact’s few success stories over the last few years. I’m pleased for him that he’s got another run in the WWE, as he definitely deserves a shot at building a legacy that’s more than being the reason Vince McMahon got shaved at Wrestlemania 23 (why couldn’t the Donald have taken the hit instead – if he had would we be where we are now?). However, as a tribute to Lashley I thought I’d use this column to list my favourite five matches from his second spell with Impact, as without that he definitely wouldn’t have found his way back to Stanford.

2016 was Lashley’s big year in Impact Wrestling and this is an underrated performance. The big man-small man dynamic worked really well here, and Lashley is at his best when he looks dominant. From Lashley press slamming DJ Z from the ladder, to the former Zema Ion trying everything in his aerial arsenal to keep the big man down long enough to grab the X-Division title, this was just loads of fun.

Again, the big man-small man dynamic is what made this but I think what made this even more special was all the Dixieland nonsense that was suffocating the product at the time. These two just went out there and had a great encounter, showing more chemistry than I’d have expected. Aries sold all of Lashley’s big power moves like death and I really enjoyed Lashley’s work over Aries mid-section. It gave an extra sense of desperation to the closing stretch, which eventually saw Aries come a cropper on a suicide dive and get caught with a spear.

The first of three matches between the two men in the company, and probably at the time Lashley’s best ever match. A hot London crowd and the fact the commentary from Josh Mathews and Taz was actually quite good for once added a lot, as did the MMA-style entrances for both men, but I think it was the intensity they worked at that I enjoyed most. For once Lashley looked vulnerable, getting tossed around by Angle’s barrage of German suplexes. He was able to land some big moves himself, but Angle just seemed that bit ahead of the Kansas native, eventually tapping him in the middle of the ring with his patented ankle lock. I believe Meltzer when over four stars on it, which I thought was high, but this is well worth your time.

In many ways, it’s the stipulation of this match that makes it. Winning by knockout or submission only is the sort of wackjob stipulation I’d normally abhor, but Lashley’s MMA background and Galloway’s sheer size helped add a sense of drama to proceedings. They didn’t go hell for leather at each for half an hour, but it was a well-timed, well-built encounter that felt more and more dramatic the deeper it went. Lashley had so much presence in this match, consistently looking superior and at ease in the environment. An excellent match and a rare occurrence – an Impact world title match that had no shenanigans, was allowed to breathe and felt like it meant something.

Much like the Galloway and Angle bouts, it’s the structure that I love about this match. Ironman matches can be very predictable and filled with dead time but this was worked at a good pace and Lashley was superb. Once again he was the physical, menacing bully, rushing into an early 2-0 lead. Eddie’s excellent ability to play the babyface helped here as the second half of the match was him doing everything in his power to try and get on parity with the challenge. The closing five minutes were incredibly intense with the exchange of finishers, last-gasp kickouts and then a desperation submission attempt from Edwards in the closing stages. Lashley dispelled any questions about his stamina and put in the best performance of his career, kicking off his fourth and currently final Impact World Title run.

That list is far from exhaustive and some of you will have matches you prefer – I’m on Twitter at @AMSinclair97 so let me know if you disagree or there’s anything that I’ve missed. 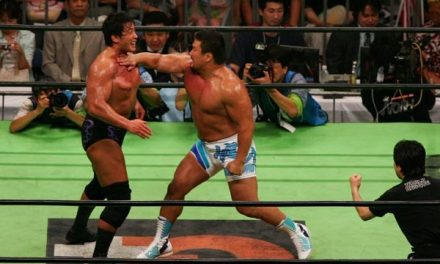