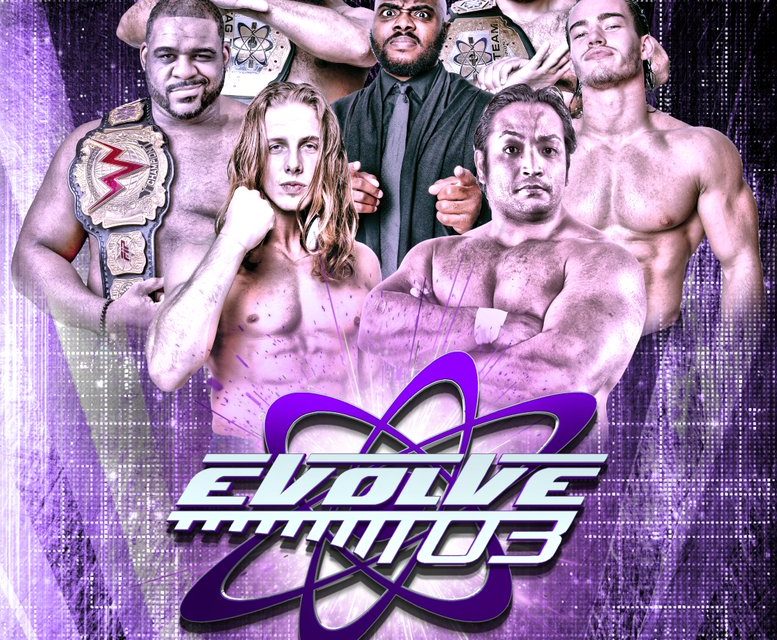 A man who won’t appear on EVOLVE 103 will answer the biggest question heading into this show: who will be the EVOLVE champion when the promotion’s Friday afternoon show begins? Zack Sabre Jr., who won the title in February 2017 from Timothy Thatcher, defends that belt against Matt Riddle at EVOLVE 102 the night before. If he wins, the championship will not be represented on this card.

Instead, Sabre will wrestle across town at Revolution Pro’s WrestleMania weekend offering. Whether Zack is champion, assuming EVOLVE promoter Gabe Sapolsky had a choice, it’s fascinating that he permitted Sabre to compete directly with this show. Unfortunately, the undercard suggests Sapolsky expected to lose that competition and loaded up his other two weekend shows.

The featured matches, though, are excellent. The potential new EVOLVE champion, Matt Riddle, meets a legitimate dream opponent: the Muscle Monster Daisuke Sekimoto. Riddle may not be an avid Big Japan viewer but he would be wise to sit under Sekimoto’s learning tree. The Strong BJ member’s average performance is a peek at what the best of Matt Riddle could be. They will hit each other hard. They won’t sell much. They will send the crowd home happy.

The main event for the real EVOLVE heads is the WALTER vs. Darby Allin match. The promotion built this contest with WALTER’s expressions of pure derision for Darby Allin. The Ringkampf leader told Allin he didn’t belong in a wrestling ring. Allin’s journey throughout his entire EVOLVE run has been about proving that he belongs; that he isn’t just a guy who jumps off things. He recently convinced Zack Sabre Jr. that he is skilled enough to compete in EVOLVE but he’ll have to make WALTER a believer. Darby shines in these extreme big man, little man matches. Between this bout and his matchup with Keith Lee the night before, he’ll have a great weekend.

The remaining highlight of the show will be Keith Lee vs. Austin Theory. Theory is on an incredible run in EVOLVE. He must realize this weekend is a huge opportunity for him. It’s unfortunate his regular valet will be absent—Priscilla Kelly is suspended in kayfabe but legitimately fulfilling bookings in Tokyo Joshi Pro—because she’s an incredibly important part of his act. But Theory will bring it and propel himself even closer to the top of EVOLVE.

Despite the paucity of Mania weekend-caliber matches on the rest of the card, there should still be plenty to enjoy. Chris Dickinson and Jaka always excel in big spots and their respective matchups with Travis Banks and Munenori Sawa should be no exception. The four-way featuring AR Fox and DJZ is destined to include death-defying moments. Timothy Thatcher can bring the best out of Dominic Garrini and the wonderful Stokely Hathway, Thatcher’s jilted ex-manager, is sure to get involved. So even if you’re going to watch RevPro live, sample this card later and make sure to catch the top matches. 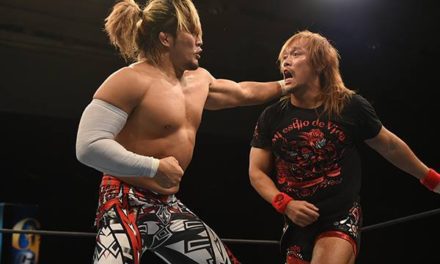 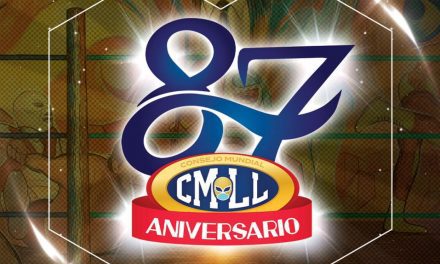 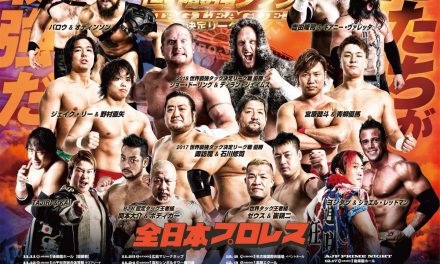