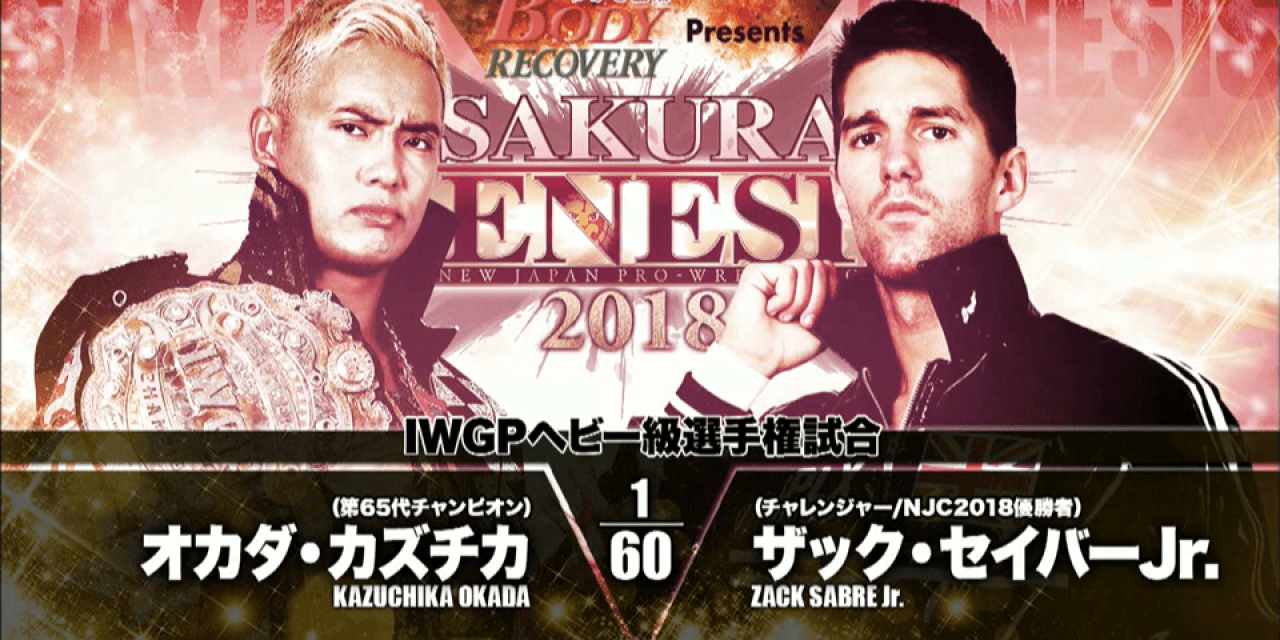 I do have to agree with Don Callis, Pieter is an international phenomenon. This was a good tag team opener, but it never seemed to kick into a high gear. Nick Jackson is so smooth in the ring, it really is a sight to see. Both teams traded some good offence, but The Young Bucks really needed this win to cement their place in the Heavyweight tag division. A good match that just didn’t connect with me as much I thought it would. **¾

Please buy Toru Yano’s DVDs. Suzuki-gun jumped Ishii and Yano to start this match – your standard Suzuki-gun affair. The only saving grace in this match was the sequences between Taichi and Ishii, which would be a good singles bout in the future. Ishii was the MVP of this otherwise forgettable match. Yano picked up the win over Iizuka with a rollup. I’m giving this a star for Ishii and a quarter star for Taichi. *¼

Our first championship match of the night! I am really digging Makabe’s dubbed music, it is a lot better than the complete silence that plagued his entrances on New Japan World. It didn’t take long for this match to spill to the outside but Bad Luck Fale had line of the night so far after viciously attacking Elgin with a microphone cord around the neck. The action picked up from there after a Makabe hot tag and Taguchi and Tama Tonga’s sequences together. Tonga retained the belt with a Gun Stun on Taguchi, preventing yet another hot potato title change. Another good match that didn’t set the world on fire. It did it’s job. ***

Starting the match with Jay White going against David Finlay was a great call, as their feud is one of the most interesting ones in recent New Japan. The two teams traded the offence back and forth and they really put the shine on David Finlay, who has improved leaps and bounds in my eyes recently. The two championship feuds were highlighted well leading into the finish. Finlay hit the Stunner on White, Juice hit Pulp Friction on Goto, and Tanahashi hit a beautiful High Fly Flow on YOSHI-HASHI for the win. Good stuff. ***½

NAITO IS OVER, BROTHER!

This was a great contest that really added fuel to the fire of the Tetsuya Naito versus Minoru Suzuki feud. Lance Archer scaring children will always be great. All six men were showcased to their strengths that made this really entertaining. Unlike the earlier Suzuki-gun match, the action spilling to the outside and chaos erupting from it added to the match. Suzuki and Naito going after each other like two bats outta hell was really fun and the tag sequences between LIJ and KES was pretty good. Archer got the win on EVIL after a Killer Bomb to put an end to this very good six-man tag match. Really good stuff that has me excited for both the eventual IWGP Tag Title match between LIJ and KES and the IWGP Intercontinental title match between Suzuki and Naito. ***¾

A very hot start with SHO and YOH kicking ass right away. The teams trade the momentum as they build up the match. Hiromu’s chops echo around the arena and it’s great! The match then went into a slower pace than what is expected from the Junior Heavyweights, unfortunately. Things picked back up with a SUNSET TRIPLE GERMAN SUPLEX. WOW! I don’t think I’ve ever seen something like that before. Hiromu had the match finished after hitting the Time Bomb on SHO, but Kanemaru pulled the ref out of the ring and Despy attacked the other guys with a tag belt before Desperado pinned SHO after the Pinche Loco to retain. Nobody cheats like Suzuki-gun. A decent match, but I felt like it was missing something. Not sure what, but something was off. ***

Ospreay has never defeated Scurll in a singles match with a championship on the line – no matter the promotion. If Ospreay wins here, he, much like KUSHIDA in the past, jumps over a hurdle to get to his position as the true Ace of the Juniors. This match had fantastic exchanges in the air and on the ground. Ospreay had one of the greatest sells of a thrust kick I have ever seen, it looked like he died. This was just fantastic combinations of moves followed by more fantastic combinations. Beautiful stuff from two of the best juniors in the world. Some of the shots landed here were absolutely brutal, vicious chops, kicks, and forearms. Ospreay’s selling of his neck throughout the match was fantastic, and Scurll attacking it at every chance he gets was awesome storytelling.

Ospreay drew blood after a hellacious Spanish Fly from the apron to the floor! That was absolutely insane! Ospreay would not quit, even though he looked completely battered. After going north of thirty minutes and escaping the Crossface, Ospreay connected with a beautiful OsCutter to earn the three count to finally defeat Marty Scurll in a singles championship match to retain. Beautiful match. Great stuff and I highly recommend watching it. Wow. *****

Cody Rhodes is the best heel in the business right now. Omega and Ibushi took control of the match at the start, but the Hangman and the Nightmare took over and worked over Ibushi. Hangman Page may be one of the most underrated competitors on the New Japan roster. Cody was about to deliver a crushing elbow drop through a table on Kenny, but The Young Bucks came out and questioned Cody’s decision. The storytelling for this BULLET CLUB implosion is fantastic. Cody got a half crimson mask, which by complete accident adds to the story of him being two-faced.

Kenny took a good table bump after eating a Disaster Kick from Cody followed by a big boot from Hangman. After a distraction from Page, Cody rolled up Ibushi in the ring and grabbed the tights for the win in a great finish that put the shine on all four men. A good match with some wicked spots. Fantastic storytelling. ****¼

This was a technical masterclass that tied in both the history of Zack Sabre Jr. and Kazuchika Okada.

ZSJ had an answer for everything Okada threw his way but an injured shoulder was his downfall. Zack stretched the champion in ways the human body should not bend but Okada fought back. I loved the callbacks to Okada’s bout with Shibata last year and the nod to Okada’s only submission loss to Shinsuke Nakamura. ZSJ is one hell of a technician in the ring and made everything look absolutely brutal. In the end, however, Okada needed three Rainmakers to put the challenger away.

A beautiful wrestling match, with both champion and challenger coming out of the match looking stronger than ever. Okada now ties Tanahashi’s 11 title defences record and a match between the two is set for the future. This match was fantastic and hopefully we get a lot more ZSJ in the future. *****

While the undercard disappointed, the last three matches were fantastic. Ospreay/Scurll and Okada/ZSJ were two totally different matches but they were both absolutely perfect. This is the first card that I have ever reviewed to get two ***** matches but those matches completely deserve that distinction. Both the Junior Heavyweight and Heavyweight divisions of New Japan are pumping out some of the greatest matches ever. I highly recommend watching the last three matches of this show! Absolutely great stuff! 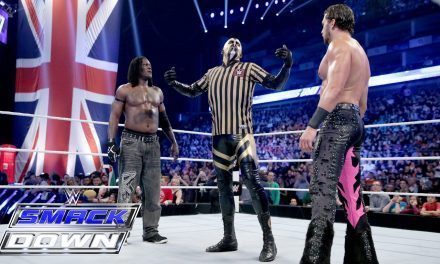