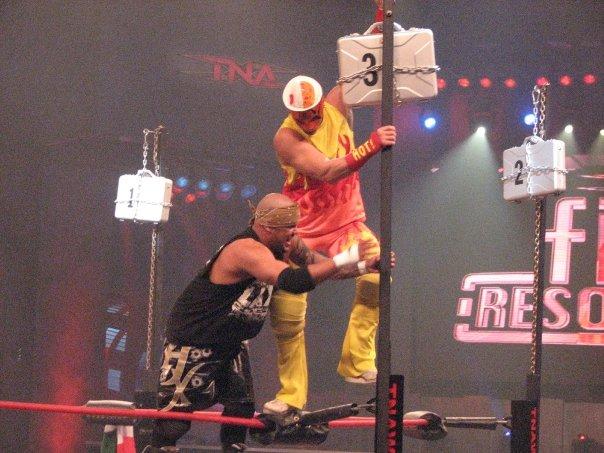 Impact is known for its terrible gimmick matches.

From the Dixieland disaster involving Magnus and Jeff Hardy in 2013 to James Storm and Chris Harris doing battle in a blindfold steel cage match, Impact has shown an innate ability to produce terrible match stipulations. Oh, and there was the reverse battle royal as well!

As much as most of the blame for that can be blamed on Vince Russo’s questionable booking ideas, every ownership the company has found ways to make things needlessly contrived; copying bad WWE ideas and finding a way to make them worse.

Something I’ve always seen as exempt from that list of bad stipulation matches is Feast or Fired. Perhaps that’s because the first one I watched, Final Resolution 2009, came at a time when I was still innocent in my wrestling fandom. I was not clued up on what happened behind the scenes and everything felt dramatic and important in the way most things do to an impressionable 12-year-old.

Whilst many criticize the match’s lack of plausibility with regards the ‘fired’ element, a fair criticism no doubt, I think that’s part of its appeal. Yes the guy who normally gets the pink slip isn’t actually fired, but from a kayfabe perspective, it adds to the much drama. It fulfills all the usual corny wrestling spiel that the industry is all about ‘betting on yourself’ and that Impact is a company that is a ‘land of opportunity’ for all those competing in it. If you’ve got a 25% chance of being fired against a 75% chance of becoming a champion and supposedly ‘upping your purse’, why wouldn’t you go for it? Rationality doesn’t come into wrestling; everybody is a ‘risk-taker’ who loves the business. This is the ultimate gamble.

Alongside that, there are genuinely intriguing permutations of the match that have always made it a highlight for me. It could be the chance for someone like Caleb Konley or Rohit Raju, men who have made minimal impacts to date, to get a World title shot and potentially shake up the entire company hierarchy. How about Tyrus getting a tag title shot, or KM suddenly becoming a player in the X-Division title scene? To the childish wrestling fan that still lives in me, that drama and intrigue is what keeps me entertained and stops me being too cynical.

Indeed, another thing the match has going for it is that this week’s edition was only the seventh since the match’s debut in 2007. Unlike Money in the Bank, which has become tired and dated, the infrequency of Feast or Fired in recent years has kept its appeal that bit fresher, meaning I looked forward to this week’s episode with renewed vigor.

And, in keeping with the recent direction Callis and D’Amore have sent the company on, it delivered. There were no shenanigans about double case grabs, or too many people in the ring at once. They kept it simple – 10 participants of varying relevance on the Impact roster. We had former case winners in Petey Williams (interestingly Petey grabbed the first case in the match’s history back in 2007), EC3 and Eli Drake, former Impact champions of varying sorts in Moose, Trevor Lee and Taiji Ishimori and four also-rans in Caleb Konley, KM, Rohit Raju and Tyrus.

The match itself was a simple, effective battle royal. Petey grabbed a case soon after the opening bell, and he was followed into the winners enclosure by Moose. EC3 grabbed Case 3 to leave one more, and seven men to fight over it. Eli Drake cleared house with a series of Gravy Trains, before being foisted off by Lee. Just as it looked like Lee would grab the final case, Drake sprinted across the ring, hit a huge avalanche german suplex and got the final case. Seventeen minutes of action that has the potential to change the direction of every Impact title picture. What more could you ask for?

This week Feast or Fired once again proved it has a place in Impact.

For a company that has such a troubled history with stipulation matches, this one really is a success story. 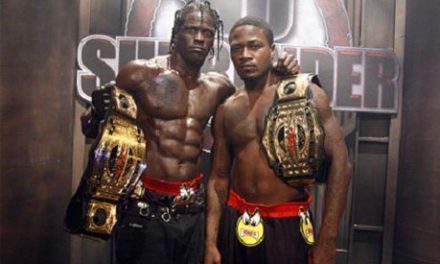 Game Over: The Brief, Wild Tenure of Pacman Jones in TNA