This week on Wrestling Omakase John is joined by first-time guest Chris Charlton (@reasonjp), author of 2015’s Lion’s Pride: The Turbulent History of New Japan Pro Wrestling and the forthcoming EGGSHELLS: Pro Wrestling in the Tokyo Dome (@esbooked) to discuss the very topic of his upcoming book!

After a brief introduction and some discussion of how Chris has watched the Western puroresu fandom grow as a longtime fixture in the scene, the two of us get into discussing as many of the Tokyo Dome shows over the years as we can! We provide overviews of the many NJPW shows and how their offerings at the Dome changed and evolved from 1989 through present, plus talk the many other non-NJ Dome shows over the years. Everything from SWS to shoot-style promotions like UWF, PWFG & UFO, the famous AJW Big Egg Wrestling Universe, AJPW’s trio of offerings, the more infamous Wrestle-1 show, NOAH’s two Dome shows, and even a strange Dome appearance from relative obscure joshi promotion Jd’ Star is discussed. It’s a fun and jam packed nearly two hours on puroresu history in perhaps its most famous building!

If you enjoy the show, be sure to check out the ongoing funding campaign for the aforementioned EGGSHELLS book, which you can find here: http://igg.me/at/eggshells. As we speculated on the show (it was recorded last Friday night), the podcast companion series has already been funded by the time you’ll hear this, but there’s still time to fund the audiobook! 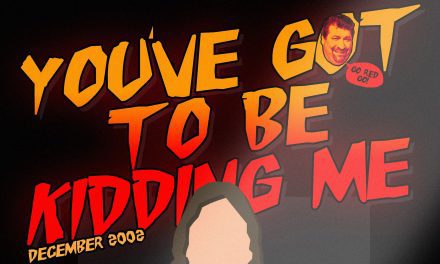