This week was the first big test of the new administration in Impact Wrestling.

Getting out a strong weekly television product shouldn’t be too difficult. Whilst much maligned, Impact’s long taping blocks provide them with a bevy of opportunities. They are able to fully map storylines and feuds, telling them over a clear period of time, without having the issues of week to week fluctuations in direction (WWE, I’m looking at you).

These long taping blocks have usually played host to monthly special episodes, quasi-PPVs if you will. Yet, despite all the promotion and the graphics, they’ve never felt special. Big picture stories have done the talking, not the matches booked or the action delivered. It was perversely ironic that this week’s special was entitled Crossroads, because these two hours of television would dictate where Impact was going. Would the upward trajectory of the past month continue towards their PPV in April, or would they lapse back into old habits and undo the good will they’ve recently engendered?

I had every confidence this one would be different. The television product has been enjoyable, logically built and not oversaturated with interference or nonsensical storylines. Every match was presented to mean something, but there was a niggling doubt in the back of my mind because so often in Impact, paper and reality have proven to have little in common.

Come the early hours of Saturday morning, those doubts were gone. Impact had landed a homerun.

A well-constructed video package opened the show, and proceedings began with a hot tag title bout between LAX and the Cult of Lee. With more energy than the first meeting of these two teams, LAX once again proved they are probably the company’s best act when given something to sink their teeth into.

After a street sweeper did for Caleb Konley, there was no time for grass to grow under anybody’s feet – Matt Sydal and Taiji Ishimori had soon hit the ring for their title-versus-title encounter. Although the build was exceptionally goofy with Sydal wittering on about spirit guides and embracing his ‘third eye’, the match was as serious an X-Division encounter as we’ve had in a long time. Where previously this would have marked the spirit guide’s debut, presumably involving some form of interference, Sydal shone on his own.

45 minutes in, two ***1/2 matches. Yet those doubts were still there. I sat there thinking, ‘they’ve still got an hour and a quarter’. And if you’ve ever watched an Impact PPV you know that’s more than enough time to crush any sense of enjoyment and intrigue.

Interspersed throughout the evening were interview segments with the wrestlers ahead of the big matches – the ‘crossroads’ in their Impact careers. These were not your typical ‘With me at this time’ nonsense segments that add nothing, these were personal and that was no more true in the case of the one that preceded the women’s title bout. Although they missed the peak of Allie’s popularity in Impact for her first proper title run, the vignette showed Allie’s character growth and that this storyline with Laurel Van Ness has marked her the conclusion of her evolution. She’s now ready to take on the mantle of the Knockouts division left by Gail Kim. The match was fine, slightly better than their previous encounter, but it was the story that mattered. Again, no nonsense, no shenanigans, just simple, old-fashioned wrestling storytelling.

Lashley and Brian Cage teamed up to beat OvE in a match essentially designed to let the crowd rest before the world title bout, but it managed to achieve a lot more. The Crist brothers looked good, it continued the development of Brian Cage and set the stage for a match-up between Cage and Lashley. Excellent work.

Then came the hill on which Impact has so often died – the main event. Austin Aries vs Johnny Impact had the potential to be Impact’s MOTY thus far, and it damn well delivered. There were no ref bumps, no interference from embittered former champions or new arrivals. Just 15 minutes of enjoyable wrestling. Aries played the matador to Impact’s determined challenger, with both men going close in a back-and-forth clash that I had no shame in going **** on. More important than the quality of the match, was that it felt like they had more in them. It was a chapter in a possibly great rivalry.

As the show finished with Alberto El Patron clapping both men on the ramp, I had time to gather my thoughts. Impact’s new management and creative team had met their first hurdle and instead of faltering like most have done previously, they soared over it. I honestly can’t remember a better episode of Impact in the time I’ve been following the company. Packed with action from start to finish, it was masterful.

Something special is starting to take shape on Thursday nights. You’d be wise to get on board. 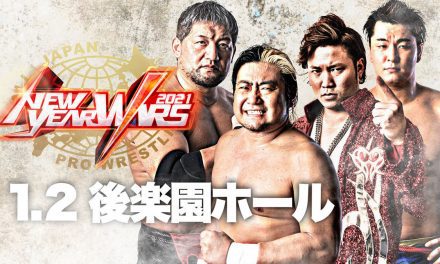 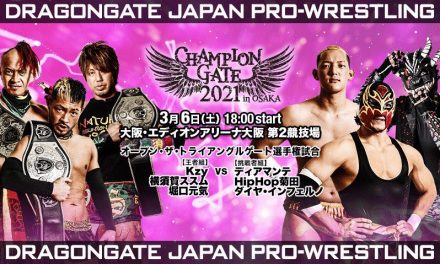 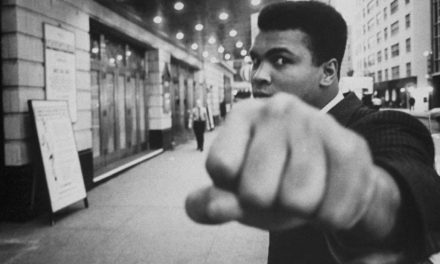 Muhammad Ali: The Greatest Pro Wrestler That Ever Lived