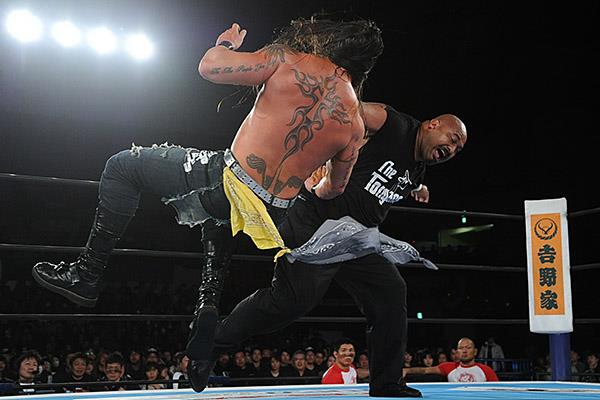 No English commentary tonight, and I’m inexplicably sad that I won’t be getting Chuckie T on colour. On the other hand, I’m really happy that Tomohiro Ishii is seemingly well enough to wrestle after being dropped on his head last night. Here we go!

Thus far, Ren Narita is only distinguishable to me for looking a bit like an disgruntled owl, so it’s nice to see him given a chance here. Taguchi is clean-shaved, which makes him almost unrecognisable. Team Highball are sporting their newly-won Jr. Tag titles, and I really like Kanemaru’s entrance music. I actually just like Kanemaru in general, and he’s having a really good run with Despy. Narita gets a chance to shine early on with some nice mat wrestling against Despy. He then gets a beating on the outside while Taguchi makes absolutely no effort to rescue him, probably because he finds it amusing. The crowd are into Narita, with a light chant breaking out for him. It seems the Young Lions in general have learned from Hirai Kawato’s aggressive yet hapless persona. Narita is impressive here, showing some nice moments outsmarting Kanemaru, and clearly has some decent amateur wrestling skills to go with his baseball and kendo background. **¾

Enziguiri by @taguchiryusuke followed by a Overhead Belly to Belly from Narita #njcup #NJPW #NJPWWorld pic.twitter.com/QnckvlOqUu

David Finlay is sporting a Groot jacket. Man really needs to sort out his look, because I feel that’s a major issue holding him back. Yagi and Umino start off with some nice grappling. Umino has one kneepad and a soccer-mom haircut, so I guess it means he’s higher up in the Young Lion pecking order to be afforded such luxuries. When Nagata tags in, Yagi hilariously runs away from his teacher, so maybe he’s the cowardly Young Lion like in the Wizard of Oz. Umino is a handsome lad and has the look of a future junior ace. His high-paced, (relatively) high-flying arsenal sets him apart from the other lions, despite him getting pinned by Finlay here.

Another decent match, with this crop of youngsters starting to show noticeable improvements. ***

Oka has some weird chest hair going on that I swear wasn’t there yesterday. I’m still upset that Ishii lost yesterday, and take no small amount of childish glee when Yano sprays Elgin with water out of solidarity for his CHAOS buddy. Elgin and Ishii go right at it off the bat, and I wonder if Ishii is legitimately upset with Large Michael for his sloppiness last night. I’m not really sure why these guys are facing each other, surely it would make more sense for Yano to be facing Davey Boy Smith Jr. Ishii is an absolute treasure – not only is he not dead, but he’s doing the bulk of the work in this match. Oka gets in some cool power moves before getting punched in the balls by Yano, literally right in front of the referee. The Oka spots stood out in an otherwise mediocre match. **½

Iizuka is quite literally off the leash tonight, and is forced to make his own way through the crowd. It might just be me, but I’m getting mid-90s Shawn Michaels vibes from Juice Robinson these days. There’s a hilarious moment when Henare is tossed into some chairs and ends up looking exactly like a Gudetama (a depressed cartoon egg) cushion lying on the floor next to him. DBS always seems a bit lost without Archer, and there is no chemistry between him and Iizuka. I like Juice, but his punches look rubbish and are going straight into Iizuka’s beard. I quite like this odd pairing of Juice and Henare, and wouldn’t mind seeing them have a run at the tag titles. DBS pins Henare after a Bulldog Bomb and does his angry shouty man routine at the camera, barking incoherent threats to Toru Yano for their upcoming match on Monday. Both DBS and Iizuka looked like they couldn’t really be bothered here, and this doesn’t build anything in terms of the NJC. **½

Taka again hypes up ZSJ as a submission master (“Just tap out!”), playing the Gedo to Zack’s Okada. For those saying that Naito has lost a bit of his lustre since losing at Wrestle Kingdom, the crowd in Aichi still love him. Just as I get excited about seeing the fresh pairing of Suzuki and Naito, the latter bails and we get BUSHI and TAKA instead. TAKA screams in agony as BUSHI gently wraps his T-shirt around his neck. ZSJ goes after Naito’s left arm, just as he did yesterday, so I smell a cheeky submission win for Zacky Three-Belts tomorrow.

There’s also another layer to their match about Zack’s tiny head not being able to look cool in a baseball cap.

remember when Zack Sabre Jr cut a promo about how he's mad that Naito looks cool in hats pic.twitter.com/ZmClEsHuSL

Naito baits Suzuki but again ducks out at the last moment. Suzuki and SANADA have an interesting battle, with Cold Skull showing a bit of intensity for once. He ends up locking in the Skull End on TAKA, literally swinging him around by his neck before getting the submission win. A good match with some hints at possible future feuds that I’d be interested in seeing. ***

There’s something I find strangely heartwarming about Ibushi as an honorary Bullet Club Tongan, shaking hands with Yujiro and Tanga Loa.

Yujiro has ditched the underboobs lady of yesterday and gone back with Pieter in one of the low-key best love triangle stories of the year. I’m curious as to why Tanga and Tama have been left out of the New Japan Cup this year, so perhaps Tanga has a point to prove here. Ibushi and YOSHI-HASHI have some nice moments in and out of the ring, and I bet they’ll have a really good match tomorrow.

Ibushi even does a moonsault off of a safety barrier, the absolute madman.

The crowd absolutely love this guy. Owens gets a high-five from the Golden Star and looks genuinely delighted. Okada eventually forces Owens to tap out to the Million Yen Dream in a fun match where everybody got a chance to shine.

Chase Owens continues to be my under-appreciated MVP of these matches, taking the brunt of the offence whilst simultaneously showing little touches that are starting to build a connection to the crowd. ***¼

Hoss fight time! I find Archer’s water-spitting genuinely hilarious, and the crowd react with a mixture of horror and delight. He gets Shota Umino right in the face, drenches Kimihiko Ozaki, snatches an LIJ baseball cap from a terrified-looking boy in the crowd before spraying him, and even has time to plug his new KES baseball cap. His might be my favourite entrance in pro-wrestling right now, filled with such nuance, drama and comedy. I’m not even joking. He’s also a great trash-talker. This is exactly what you’d expect, with lots of crowd brawling, shoulder-tackles and lariats. Archer shows his innovative side, using the Young Lions as weapons to throw at Fale.

His character work is absolutely fantastic, and really makes up for his relatively limited technical skills. That said, he also shows some impressive agility as he successfully lands Old School on Fale, and some great power spots.

Am I crazy to think that he could have a decent singles run? Fale wins with the Grenade, but I feel Archer was largely responsible for this match being a lot more fun than I expected it to be. If I have one complaint, it would be that Archer deserved to lose to the Bad Luck Fall, one of the best-protected moves in NJPW, rather than the Grenade. ***¼

I’m all aboard the Taichi hype train, although that could be a result of spending too long listening to Wrestling Omakase host John Carroll. At the very least, he’s a fresh face in a heavyweight division that perhaps has too many cool heels and not enough genuinely detestable bad guys, and he’s a better wrestler than he’s been letting on in recent years. Hot take incoming: I quite like Tanahashi’s LOVE & ENERGY theme. It’s not as good as High Energy, but I still find it catchy enough. Seeing these two guys face off looks like something out of an anime. Miho Abe is chasing Tanahashi around like an obsessed fangirl.

Get your hands off The Ace's hair #njcup #NJPW #NJPWWorld pic.twitter.com/CIrZkrUdP9

He’s sporting a new black costume, which may have some significance as he taps into his dark side to keep up with his rivals. Taichi refuses to engage for the first couple of minutes, even teasing getting himself counted out. He’s working the crowd, avoiding Tanahashi and trying to distract him for long enough before choosing the perfect moment to delve into his heelish bag of tricks.

However, the dynamic between the two isn’t quite as interesting as it was between Taichi and Naito. This match starts very slowly, and the heeling goes on for too long, but the crowd start to get more excited as soon as Taichi rips his pants off and subsequently starts doing actual wrestling moves.

Nagata explaining the difference between a normal backdrop and what Taichi just hit on Tana ‘there’s not many that can do it that way, it takes a lot of core strength’ #njcup

He’s got a decent repertoire which we haven’t seen much of (including a frigging GANSO BOMB) and is good enough to keep up the pace in the closing stretches of matches to the quality that NJPW fans expect.

There are some believable near falls, but Tanahashi is too experienced, digs deep and overcomes the SZG shenanigans to win after a High-Fly Flow. He goes through to the second round for the first time in four years, and the possibility of him going all the way to win the cup and try to prevent Okada from equalling his defence record is an interesting story thread going forward. He’ll face Bad Luck Fale on Wednesday, with a fair bit of history between the two. This started off at a rather ponderous pace, but picked up really well at the end. Taichi continues to impress me as a credible heel as he’s pushed Naito and Tanahashi to the limit, but he’ll need a marquee win sooner or later. Still, he’s having a great 2018 and has done enough so far for me to say that I’d like to see him in the G1. Tanahashi treats the fans to an air guitar concert after the match. ****

This was another easy show to watch, although not as good as yesterday’s in terms of match quality or commentary. In general, I feel that the overall quality of the NJPW undercard matches has improved, with very few that are actually bad or boring. The current crop of Young Lions is also beginning to shine. The two cup matches are worth a watch, especially if you’re a fan of Lance Archer and Taichi. 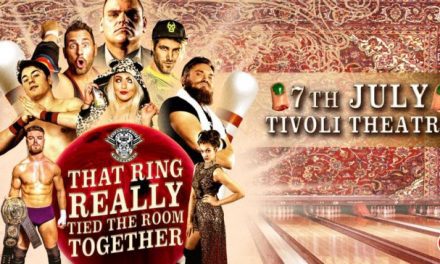 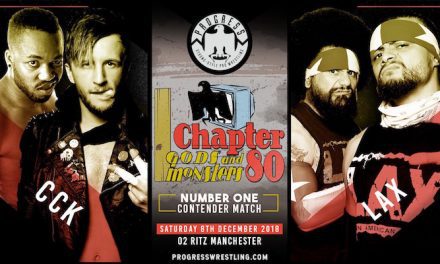