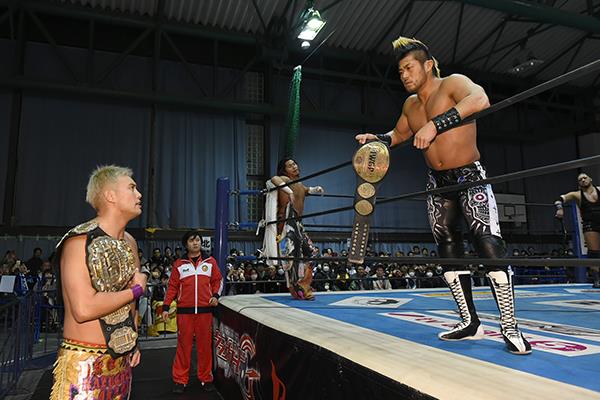 This was the exact same opening match from the night before, with the only difference being KUSHIDA instead of Taguchi. Liger got into a pre-match scuffle with Ren Narita, and in general, Liger didn’t seem to be in a good mood. This opening contest wasn’t quite as good as its counterpart from the night prior, but it still a fine way to kick off the show. After a brief opening exchange between Liger and Umino, Tiger Mask proceeded to kick the crap out of Yagi. The young lions seemed to work more like a unit here, as there were a few occasions where the other two would come to the aid of their legal teammate when he was in a tough spot. It was nice to see this was worked a little differently compared to the match from the night prior. In the end, however, the outcome was the same, as the veteran team picked up the win after KUSHIDA got Narita to tap out to an armbar. **1/2

Afterwards, Tiger Mask stomped on a prone Tetsuhiro Yagi, and actually busted him open (it was only a minor cut near his mouth, but still).

Here we have another bout that was exactly the same as the night prior, but with just a minor change, as Tenzan swapped spots with Nakanishi. At this point, swapping those two isn’t really much of an upgrade. This tag team contest was slightly better than the similar match from the night before, in terms of quality, but not by much. Yujiro tried to jump Oka from behind at the start, but Oka caught him, and this gave the Tenzan/Oka team an early edge. That was actually pretty cool, as it showed that Oka learned something from his match on Night 6, when The Bullet Club was successful in getting the early jump. The exchanges between Oka and Hikuleo were easily the best parts of this one, but eventually, Oka once again got pinned following a DDT from Yujiro. This was fine for what it was. **1/4

I was REALLY looking forward to seeing Satoshi Kojima in this spot, but of course, plans changed after Kojima suffered an ACL injury on the last night of the FantasticaMania Tour. For this fifth match in the Kitamura Trial Series, Manabu Nakanishi filled in for his fellow New Japan Dad. I wasn’t expecting this be very good, and when the dust settled, it proved to be the worst match in this Trial Series to date. Kitamura tried hard, and got a number of moments to shine (he even managed to lift Nakanishi up for a big suplex), but Nakanishi would ultimately score the victory after lifting Kitamura up for the weakest Torture Rack you’ve ever seen in your life. It barely looked like he was doing any damage. At this point, Nakanishi should only be having singles matches with Yuji Nagata. This was just a slow and uninteresting bout, and I wouldn’t be shocked if this ends up being the worst New Japan singles match in 2018. *3/4

Once again, this was another contest that closely mirrored the card from Night 6. In this instance, the only difference was that they swapped out Taichi for Kanemaru. This was a fine tag team bout that was about as good as the encounter between these two sides the night prior. Of course, we got the usual Suzuki-gun brawl at the start, but this seemed to be a bit more intense than usual. At one point, El Desperado ripped the tape off of SHO’s back and suplexed him onto a table. The action inside the ring was pretty solid, and as a whole, this was an entertaining six-man tag. Towards the end of the match, El Desperado & Kanemaru locked Roppongi 3K in separate submission holds while Taka Michinoku tried to take care of Rocky Romero. However, Romero would end up catching Michinoku in a backslide to score the pin for his team. This was the first good bout on the show. ***

Afterwards, El Desperado & Kanemaru attacked Roppongi 3K ahead of their non-title bout coming up in Osaka. I would presume that this particular pair from Suzuki-gun will get the win to set up a future title match.

Also, Kevin Kelly briefly noted on commentary that Taichi said he wants to move up to heavyweight. I’m sure that Kelly wouldn’t randomly mention something like that if there wasn’t something to it, so it’ll be interesting to see if that actually happens.

Jay White had his own entrance, separate from his CHAOS teammates. Kevin Kelly was quick to point this out, and said that White was already “writing his own rules” (or something along those lines). This was another good six-man tag that featured some solid action throughout. Toa Henare continued to go after Ishii (like he did the night prior), and the two of them had some more fun exchanges. I really hope those two end up meeting in the first round of the New Japan Cup, because if there encounters on these Korakuen Hall shows are any indication, they could have a very strong match. David Finlay tangled with Jay White once again, and did take the fight to the IWGP United States Champion at one point. It eventually came down to White vs. Henare, and ultimately, White got the win via referee stoppage after repeatedly hitting Henare with the same repeated elbow strikes that he uses on Finlay the night prior. White actually hit the elbows on Henare right in front of Finlay, as he was being held back by Ishii. It’s pretty clear that these elbow strikes are now a new finisher for White (to go along with the Blade Runner), and it’ll be curious to see if he uses them to win any future singles matches. ***1/4

This was yet another rematch from the night prior, but in this case, we have Taichi and Taguchi on opposite sides instead of KUSHIDA and Kanemaru. Makabe actually took the mic before the match, and issued his challenge to Suzuki once again. Then, in a welcomed change of pace, Suzuki-gun were the ones that got jumped before the bell. Of course, what followed was the usual brawl on the outside that we see in almost every Suzuki-gun multi-man tag. The cameras focused heavily on the brawl between Suzuki and Makabe as the other participants brawled closer the ringside. Once things got back in the ring, there was some decent action in the second half. Makabe and Suzuki continued to go after each other, and at one point, Suzuki used the same hanging choke he broke out at Wrestle Kingdom 12 on Makabe. After going 0-3 over the course of these two events in Korakuen Hall, Suzuki-gun actually managed to win a match after Suzuki got Taguchi to tap out to a knee bar. **3/4

Afterwards, Suzuki refused to let go of the knee bar, but he eventually released the hold once Makabe intervened. Elgin got taken out after Iizuka hit him with his iron fingers, and then Suzuki took out Makabe with the Gotch Piledriver. Suzuki took the mic and, according to Rocky Romero, turned down the challenge from Makabe. Obviously these two are going to have a title bout in the near future, but at least for now, Suzuki isn’t interested in defending his title.

Gedo came out with the mask that he ripped off BUSHI’s head during the Ten-Man Tag Team Elimination Match the night prior. It’s nice to see that feud getting built up a bit before the two meet in singles action in Osaka. Meanwhile, YOSHI-HASHI didn’t waste any time, as he went right after Naito before the bell. At that point, everyone paired off with their respective Osaka opponent and brawled around ringside. The action was pretty solid once they got back in the ring, and this was probably the best multi-man tag of the night. To be honest, I’m just happy that we’re getting a different combination of CHAOS vs. LIJ instead of the same ten man tag over and over again. There were some good exchanges throughout, but eventually, YOSHI-HASHI picked up the win for CHAOS after hitting BUSHI with Karma. An entertaining six-man tag that served its purpose perfectly. ***1/4

After the match, Gedo stole BUSHI’s mask again! Now Gedo has two of BUSHI’s masks in his possession. Meanwhile, YOSHI-HASHI went after Naito, but had to be held back by the young lions. Naito even offered himself to his Osaka opponent, and completely no-sold another attempted attack by YOSHI-HASHI.

Okada only agreed to defend his IWGP Heavyweight Title against SANADA if he (along with EVIL) put the IWGP Heavyweight Tag Team Titles on the line. This is a cool match for a few reasons. Not only does it help build up two of the big matches happening in Osaka, but it gives the fans in Korakuen Hall something genuinely interesting for once. New Japan needs to do something like this more often. Maybe not on every tour, but it definitely adds intrigue to some of these shows.

As expected, this was easily the match of the night. There was a ton of really good back and forth action throughout. While things did get off to a slow start, the action continued to pick up as the bout progressed. The closing stretch was very exciting, and the fans in Korakuen Hall were fully invested. EVIL had some hard-hitting exchanges with Goto, while SANADA battled with Okada at various points. Towards the end of the match, SANADA actually managed to hit Okada with the Rainmaker in a cool moment. This duo from CHAOS put up a good fight, but in the end, it just wasn’t enough. Goto would ultimately get pinned after a Magic Killer and an EVIL STO. This was a great main event to close the show. EVIL & SANADA both looked really strong here, and that was good to see only a few days away from the big New Beginning event in Osaka. They came away looking like legitimate threats to their respective opponents, and that’s exactly the kind of thing you want to see before a major show. ****

Most of the undercard on this show featured the exact same matches we saw the night prior, but with a couple of different people switched around. If you saw that first Korakuen Hall show, then you really don’t need to watch the undercard on this show. That’s the one major criticism I had with this particular event. Yes, they did switch some people around, but it just felt like I was watching the same show again. On a more positive note, the main event was pretty great, so I would definitely recommend checking that match out. The semi-main event is also worth watching, if you want to see more of the build for the CHAOS/LIJ singles matches in Osaka (the BUSHI/Gedo feud in particular). Another fine Korakuen Hall show from New Japan as a whole. A stronger second half lifted this event up after it got off to a weak start. 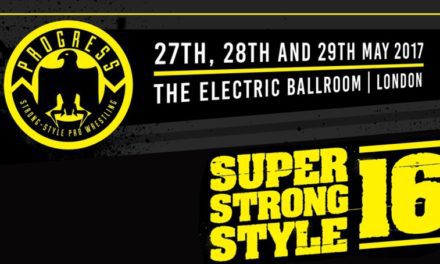 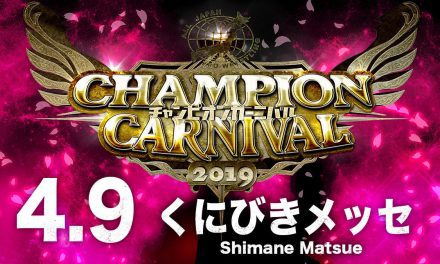 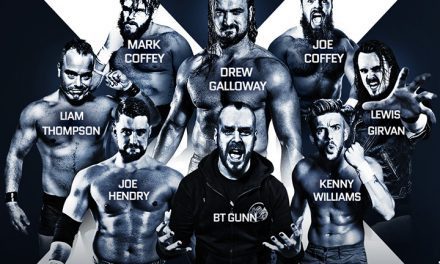