Omakase is back for a rare second time within a week as we break down the 2017 VOW Match of the Year poll! John is joined by five guests, all of them VOW MOTY voters, for a roundtable discussion: Josh Robinson (@MisterJoshDude), Suit Williams (@SuitWilliams), Michael Spears (@fujiiheya), Kevin Hare (@stan__hansen), and Kevin Brown (@darukinoi).

Each of us go through our own top 10 match-by-match, revealing where it finished on the final list and whether or not the placement surprised us. Then we break down the entire top 25 including all the matches none of us voted for, and again discuss if we’re surprised where they finished. It’s a thorough look back at some of the greatest matches of 2017 and a fun time is had by all! 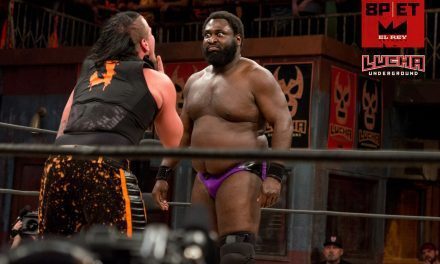 Lucha Of The Hidden Temple: Chris Has No Friends On Christmas