Wrestling Omakase returns with an episode talking three big shows from this past weekend, and this time we’re joined by two brand new, first time ever guests! Kara (@QaraKoyunlu) & Aaron (@AaronWrotkowski) join John to help them break down the two NJPW New Beginning in Sapporo shows, and then the WWE Royal Rumble. First from Sapporo, we discuss all the matches and the major happenings, including Minoru Suzuki’s murder of Tanahashi and of course our boy the knife pervert’s big US Title victory. Plus, we get deep into the Kota/Kenny love story and where it might be going from here.

Then we discuss the Royal Rumble, a rare very good show out of WWE thanks to two awesome Rumble matches. We spend most of our time on both of those, discussing a little bit about why these two matches worked (compared to others in recent years that very much did not) and also discussing some of our favorite spots from each Rumble as well. Finally, we discuss the controversial end of the show and Rousey’s introduction.

Once all three shows are out of the way we’ve still got an interesting mailbag, including questions on whether or not it matters that the Golden Lovers reunion is NJPW cribbing on DDT, who else might be raided from joshi for WWE’s women’s division, whether or not more than a few guys on the NJPW roster can realistically win the IWGP Heavyweight title (and if that’s a good thing or not), where we see things going for the IWGP junior tag titles in 2018, and more! It’s a packed episode of Omakase that you won’t want to miss. 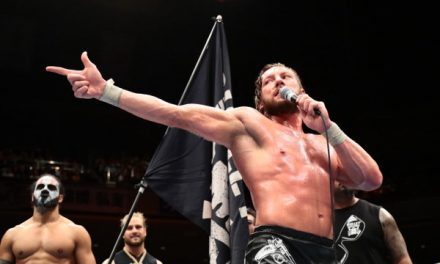 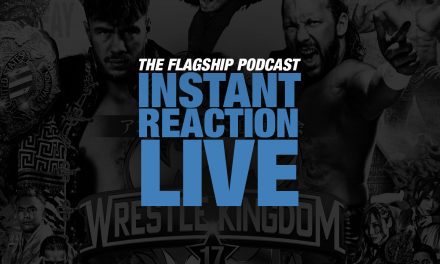