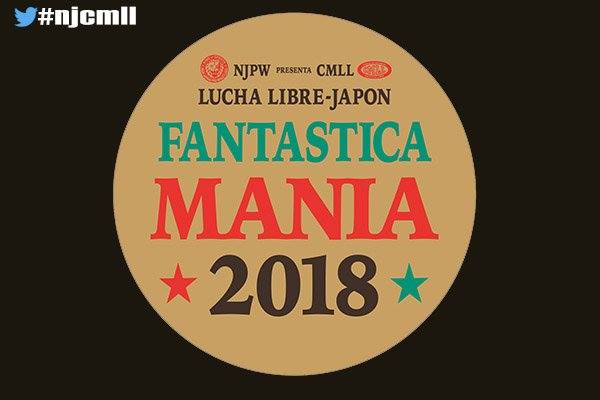 The 8th annual NJPW/CMLL FantasticaMania looks noticeably different than it has in the past. There’s less NJPW involvement than ever. Kazuchika Okada & Hiroshi Tanahashi wrestled in the early portion of the tour but won’t be part of Korakuen Hall. Tetsuya Naito is the only wrestler from top 3 Wrestle Kingdom 12 matches who will be on those final shows. Not a single current IWGP champion will have a match on the streamed shows.

The shows are flush and full with CMLL talent, but without the final day run of big singles matches as seen in past years. And, due to something quite normal for Mexico – a Saturday night boxing show taking over Korakuen Hall- these shows will be on non-consecutive days: Friday, Sunday and Monday. (All shows will start 4:30 AM ET/9:30 AM GMT.) For coverage throughout the tournament, visit luchablog.com.

The night with a lot of singles matches is typically the last night of the three in Tokyo. It’s the first night this time around, maybe to provide some familiarity for the new people on top.

Both Gran Guerrero & Niebla Roja have been on FantasticaMania shows in the past, Niebla Roja is just a much different person than the last time he was in Japan. Their match will be a rematch of the CMLL 84th Anniversario match main event, and an unmasked Roja has been searching for a new identity since his loss. He’s mostly recently settled in a cross between Hector Garza and He-Man, and it’s actually the best idea he’s had. These two overachieved in both their title match and a recent match. It’ll be a similar big move contest as their mentor Último Guerrero usual provides, just maybe not with the pace and athleticism of some of his big matches.

The pace is sure to be found in semimain. Soberano and Sansón was the CMLL feud of 2017, with both men having a break out year by facing each other in the finals of multiple tournaments. They separately picked up championships (Sansón is a trios and tag team champion), and this will be the first time they meet with a belt on the line. Soberano showed glimpses of the incredible flyer he could be on last year’s FantasticaMania tour before being completely unleashed in Mexico. Sansón, one of two sons of legendary Cien Caras, is destined to be a top star in CMLL based on his size and pedigree. He’d be deserving of the chance based on his performances, Sanson’s strength being a great match for Soberano’s skills. They’re still young and will have a rough moment here or there. They could have the match of the weekend if they keep it clean.

Cuatrero is Sanson’s brother and the definite second man on the team. They’ve won championships together, but Sansón has gotten the big singles while Cuatrero hasn’t had a televised singles match until now. He’ll have someone easy to work with for his first big shot. Angel de Oro is among the least creative luchadors in CMLL. He’s just got one match that he’s done over and over again for five years. That’s fine when you’re only wrestling one singles match in the country.

Fuego and Okumura have had a preliminary rivalry leading into their opening match. Don’t skip past the third match: Drone, Puma and Disturbio are getting a chance to work with opponents much higher up on the card than usual, and should make the most of it.

Volador & Cavernario’s singles match last June was probably the best singles match CMLL had in 2017. Cavernario’s title challenge of Soberano later on was not that far behind. The caveman’s generally cut down on his wild splashes to the floor, but they may make a return for this match. He’ll do whatever he can to make an impression in a match that’ll be a Can You Top This exhibition. Cavernario is not likely to win, none of the championships are likely to change hands on this tour, and it’s over due for him to be a protagonist in a story instead of a foil. This seems like another foil role for him, but Cavernario’s fully capable of stealing the plot.

CMLL ran about a dozen different tournaments in Mexico last year. NJPW running one feels appropriate. More casual CMLL fans will probably be disappointed to miss out on the usual last night singles matches, but those who watched a lot of the Arena Mexico shows last year may be thrilled for something new. CMLL relied heavily on singles matches (especially Volador singles matches) and did little with their pairs and trios championships. They’ve similarly exhausted their matchups on these shows. Último Guerrero’s faced pretty much every notable técnico, and Voaldor’s faced just as many rudos. A change-up is welcome.

Again, don’t overlook the guys in the opener. Drone and Star Jr. are not far off where Soberano was this time last year. All four guys in that match will be hoping to impress enough to make a similar trip next year.

The brothers tournament is a lot more enticing when you consider the final is likely to be Dragon Lee & Mistico against Último Guerrero & Gran Guerrero. The disappointment of this tour is there’s no grand Dragon Lee match scheduled, but they could easily make up for it with that show ending match. These two pairs of brothers are higher positioned in CMLL than Angel de Oro & Niebla Roja and Cuatrero & Sansón, who have been recently facing off in trios in Mexico. Both matchups should produce good results. Any other combination would be a major surprise.

Rush facing Kojima is a bit of a surprise, if only because what it portends. Rush losing to a non-pushed NJPW heavyweight wouldn’t seem to make sense, but Rush beating a guy who figures to be in the G1 suggest there’s a shot Rush will be in as well. Rush last was in the G1 back in 2012, back when NJPW had an MVP but not yet a Bullet Club. No one in CMLL has been in it since, and maybe this will just be forgotten later on to keep it that way.

The fifth match is interesting foreshadowing as well, as young técnicos Drone & Soberano get a shot at the LIJ Junior. Someone on that técnico side is probably getting the non-Dragon Lee spot in the Best of the Super Juniors. Soberano or even Drone could grab the spot if Volador passes on making the trip this year.

Liger, Tiger Mask and Rocky Romero make their only Tokyo appearances on the final day of the tournament. Negro Casas was originally scheduled on this tour, only to have to cancel when he suffered a broken rib on New Year’s Day. A report from Japan said Romero was brought in to be Casas’ replacement when they couldn’t get a Mexican replacement cleared to travel fast enough. Romero spent the tour across from Liger, so the story seems about right. This final night card will look more impressive when the tournament matches are filled in, but I suspect there was a Liger/Casas match scheduled that got pulled.

The one piece of NJPW news on this tour is Hirai Kawato finishing up on this show. He’ll start training in CMLL later this month, probably to debut in the following weeks. It appears he’ll be wrestling under his real name, which is perhaps the downside of the closeness of the CMLL/NJPW relationship: it’s tough to pretend a new guy is a mysterious Japanese creature when you’ve been writing about him as an actual person for a little while. I think both sides will happily exchange mystery for familiarity, when the familiarity has become the key to the success of this tour. These luchadors may not be NJPW front liners, but some of them – Barbaro and Último Guerrero and Volador and Dragon Lee among them – have become as familiar to these fans as any of their foreigners. 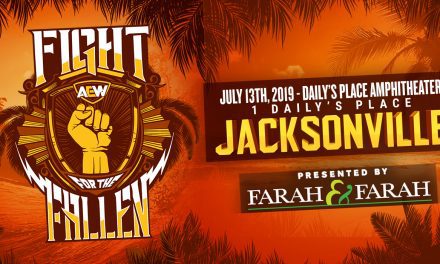 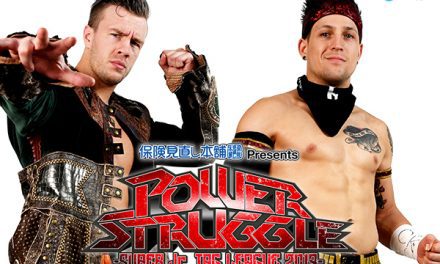