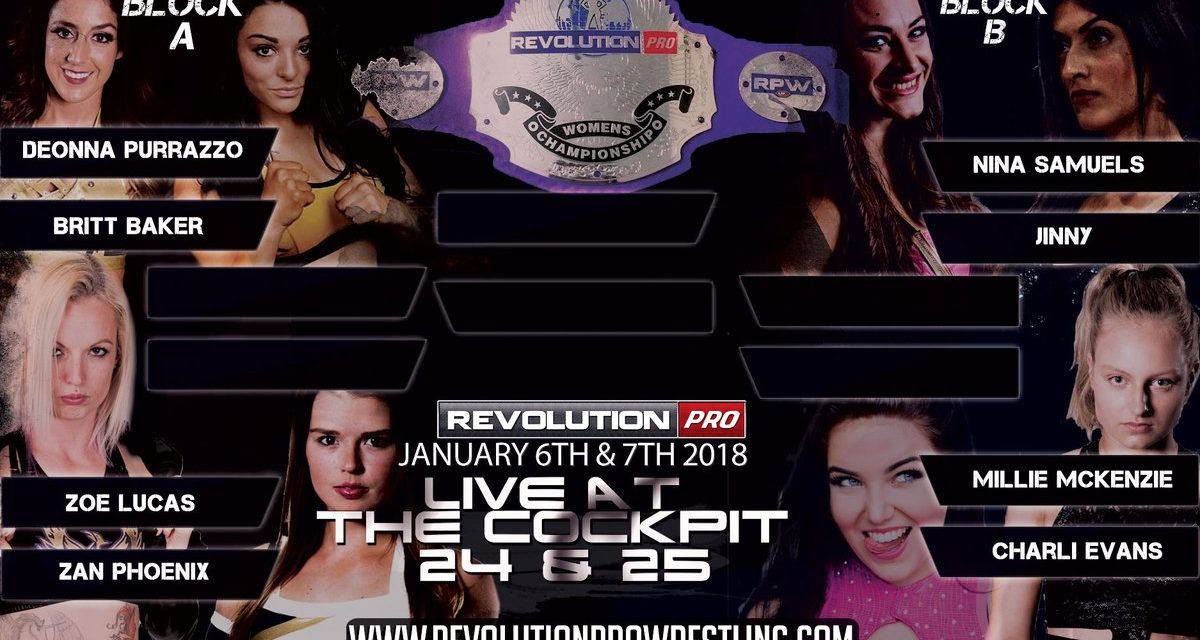 RPW returned to London’s Cockpit Theatre for their first offering of 2018, headlined by a tag team title match between Moustache Mountain and CCK.

The show also notably featured the four first-round matches in the tournament to crown their inaugural British Women’s champion. RPW have previously featured the Pro Wrestling EVE championship but for a variety of reasons I’m glad they’re finally creating a belt of their own.

The story of this one was fairly simple – it was the veteran Stone showing that he could grapple with the best of them ahead of his heavyweight title match with Zack Sabre Jr the next night. Eventually he returned to his brawler roots though, decapitating Magee with a vicious clothesline before hitting a London Bridge DDT for the win. Magee is a little green but matches with veterans like Stone are exactly what he needs, especially with RJ Singh having seemingly retired again. The match was solid but far too long in the tooth for me and not the best showcase of Stone’s skills. **1/2

A battle of RPW graduates to open the women’s tournament – a nice touch from Andy Quildan that. Lucas had built up a 4-3 record for RPW and came into the tournament with a two-match win streak, whilst Phoenix’s record was 0-5. Phoenix came out very much no-nonsense here, a stark contrast to her previous appearance in the promotion alongside Lord Gideon Grey. That was a stark contrast to Lucas’ party girl persona and that made for an entertaining little five-minute bout that caught the crowd’s attention. Phoenix was particularly vicious with her strikes and made a real impression on me, but it was Lucas that won in the end with a scissor kick. A little short but full of action. **1/2

These two engaged in some excellent grappling exchanges early on to familiarise the RPW crowd, as both were making their debuts. Purrazzo has been almost everywhere, popping up on Impact, NXT and Ring of Honor, whilst Jayne was a late, late replacement for Britt Baker. Baker was unable to make her flight from America and Jayne, a regular with ICW and current Pro Wrestling:EVE champion, took this spot on 24 hours’ notice. Sammii was vicious with everything she did but surprisingly Deonna got the edge in the striking exchanges and eventually put her away by snagging Jayne in an armbar off a failed springboard attempt. I hope this leads to more bookings for Jayne, as she is very solid and did them a job. ***1/4

I’m glad to see that the new year hasn’t made people more receptive to Zack Gibson. Chapman meanwhile was making his first appearance since winning the British Cruiserweight Title at Uprising; his ability to take a beating is greatly enhanced by his frame. To quote Don Callis, he weighs 120 pounds soaking wet and with a rock in his pocket. Chapman and Smile had a couple of good moments in this match and they worked relatively well as a team but the match itself was disjointed and didn’t do a lot for me. Interestingly Bodom pinned Chapman after a Bliss Buster, presumably setting up a title shot down the line. ***

A first-time ever match between these two, this ruled. Pete was his usual vicious self at the start but it wasn’t until he landed a double foot-stomp on the seating that this really came to life. Phantasmo fought back, showing great fighting spirit, and got a couple of near falls of his own that actually had me questioning whether Dunne would lose though. His kick out of the Tombstone didn’t get the reaction the two men were obviously hoping for, but they worked at a really good pace and in the end Dunne just had a little too much, putting him away with a Bitter End. Easily Phantasmo’s best performance in RPW, the Canadian could be set for a big year with the company. As for Dunne, he’s now won two in a row and a win over Chris Brookes the next day would put him firmly in the mix for a title shot. ***3/4

Interestingly, Samuels was one of the first women that Jinny beat on her long win streak before this tournament, but she definitely gave her a much tougher fight than last time. Samuels has really come on in leaps and bounds and this match showed that, with them telling the story that Jinny just about scraped past her with her patented surfboard. For some reason though this didn’t quite click with me. It was technically very solid and the crowd loved it, but I wasn’t overly enthralled. **3/4

This was easily my most anticipated bout on the card but I have to say I was a little disappointed. Evans, the young Aussie, is really improving and impressed me with her performances in Progress’ women’s tournament towards the back end of 2017, whilst McKenzie is prodigiously talented and the future of British women’s wrestling. Evans interestingly was the aggressor here, allowing McKenzie to roar back and hit three sublime German suplexes. They really are something. That said, the ending was particularly anti-climatic, with McKenzie appearing to catch Evans with something off the top rope (I think it was a cutter but it wasn’t particularly clean) for the three. However, the right woman won and set up a tantilising clash with Jinny for the second of Sunday’s semi-finals. **3/4

CCK have lost their buzz for me. For most of last year they were really hot and their debut in PROGRESS was one of favourite moments in British wrestling in 2017, but the constant injuries to Lykos and perhaps a bit of over-exposure has made me grow tired with them.

Sadly this did nothing to change that. This began with some comedy that really missed the mark and then most of the match was spent outside the ring. There were lots of strikes but the first of the match really dragged and maybe I’m a grumbling old man, but I prefer my tag matches to take place in the ring. Just when it did pick up and CCK looked on the verge of regaining the tag titles they lost in October, Bodom and Gibson hit the ring up and laid waste to both teams. Now, I get wanting to build up the tag picture and not wanting CCK to lose, but they didn’t need to do this. Bodom and Gibson had momentum thanks to their win earlier in the show and CCK could always get another shot when Lykos is healthy again. Anyway, the finish probably leads to a match between CCK and Bodom & Gibson at High Stakes, where Moustache Mountain take on Zack Sabre Jr and Minoru Suzuki. ***

A solid if unremarkable start to the year for RPW. The women’s championship tournament matches were all solid, with Purrazzo/Jayne particularly standing out. As for recommending matches, the only one I’d say is worth a watch is Dunne/Phantasmo. Here’s hoping Live at the Cockpit 25 delivers a little more. 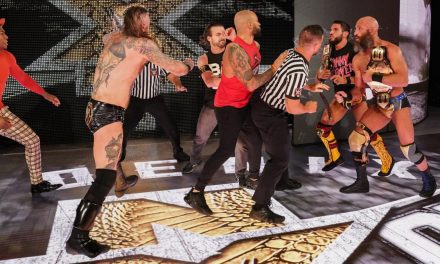 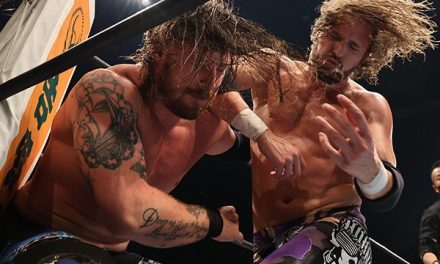 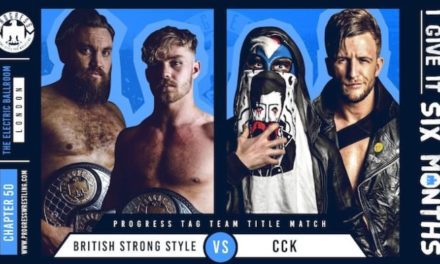 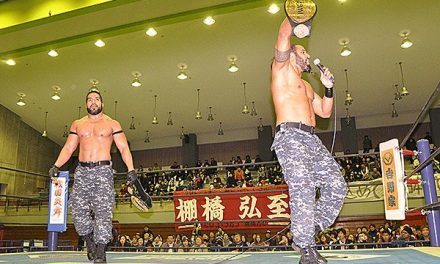