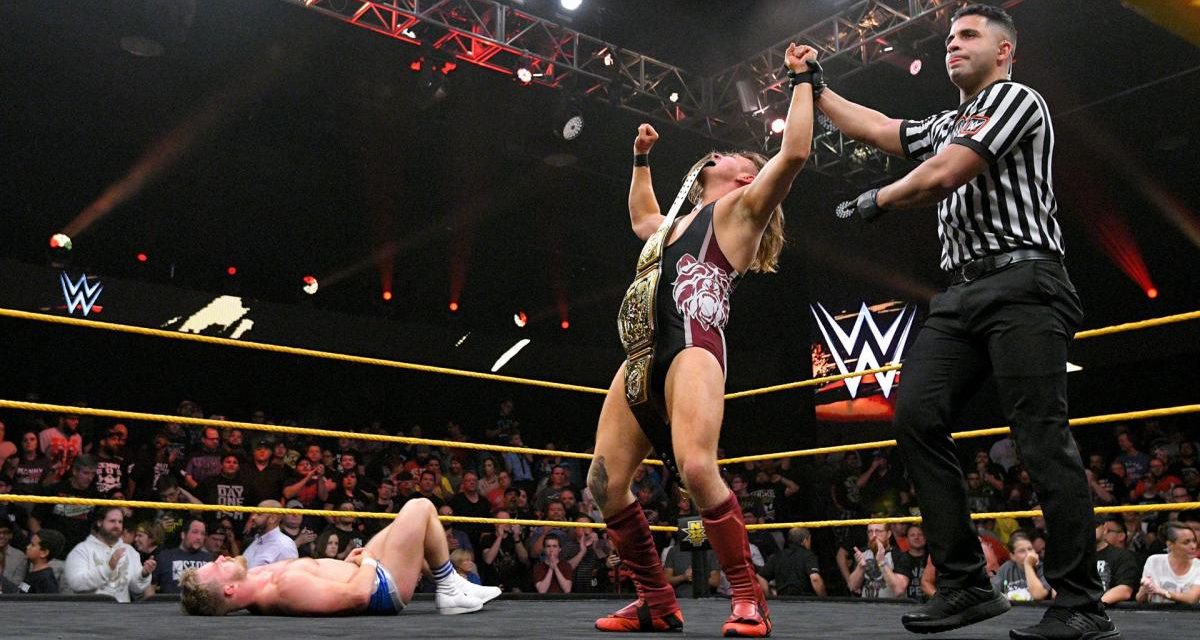 It’s been an incredible year. Here we are, the final month of 2017’s Match of the Month project. I’d like to thank all of the nominators who’ve contributed over the year, as they have truly helped me broaden my own wrestling horizons. I picked a hell of a year to pick this project up, so let’s take 2017 into the closing stretch.

It’s the battle of the joshi all-stars! Seriously if you’re a joshi fan how could this match not excite you? These are arguably the four best women’s wrestlers in the world in 2017. And this match was good enough to prove it.
Every combination of these four in the ring was a joy to watch, and all in different ways. Chihiro’s real shooter background, Matsumoto’s power, Satomura’s strikes and Shirai’s speed; the blend of these women’s styles really made the match pop. One particularly great spot was when Matsumoto popped Shirai up and Chihiro caught her perfectly in the powerbomb position. The height they got on that was incredible. Satomura and her Ace student traded blows and Chihiro was put over like an absolute killer in this match, which I love seeing a champion booked that way even in a tag. Chihiro overpowered her trainer and put her away with a gorgeous leg capture bridging German.
I loved everything about this.

Yoshi Tatsu made it onto match of the month! That’s pretty unbelievable. This was his best performance, possibly ever. He showed such heart and fire against his two larger opponents, and truly was the star of the match, which is saying a lot considering the other three are the previous three Triple Crown champions. Speaking of those three, they were also great! Even Suwama, who can be hit or miss with his body in the condition it is. There may be no one I enjoy watching more than Kento Miyahara right now. Everything he does is smooth as silk. This was one of the better tag matches of the year.

People mocked this for being labeled a dream match (a mark more against Lethal than Scurll), and while there is something to be made of the term “dream match” being overused in the promotion of pro wrestling, this was the match on the card I was most looking forward to, and it delivered. I find Lethal to be one of the less heralded wrestlers out there considering his output. He usually has the best match on every ROH show but he receives little to no fanfare. And there is some negativity towards Scurll due to his hijinks, but there may honestly not be a more complete package of a wrestler on the planet than the Villain. And in fact, villainy was the story of this match, which was so well paced and had such great psychology. Lethal countering the old Eddie Guerrero “frame opponent for a DQ” spot was so simple yet so brilliant. The cutter off the apron was sick. The story of Lethal winning the match but having to resort to his old heel tactics to do it was well executed. This was simple, satisfying, pro wrestling.

This was an excellent clash of styles. Though WALTER is the bigger man, Ricochet coming off his BOLA win and being the #1 contender actually made him the favorite. This made for an interesting dynamic as Ricochet being the PWG staple but working subtle heel and WALTER being the new face chasing his first PWG victory. WALTER got over quite a bit in this match, chopping Ricochet to near death and pummeling him around the ringside area. Ricochet flew when he could and when he couldn’t he used heel tactics. Who said PWG doesn’t tell stories? This is an excellent match showcasing each man’s strengths, which in a way is what makes PWG so fun to watch.

This is what Dragon Gate does best: 100 miles per hour, all action, high speed multi-man matches. They had some of their historically best guys in this one, but the guy to watch here is former Cruiserweight Classic competitor Jake Lee, who surprisingly fit here like a warm winter glove. As a Chinese person, I remember being frustrated that WWE didn’t take Jake Lee and settled for the clearly inferior Ho-ho Lun. But perhaps it’s good they didn’t take him as Jake Lee was awesome here. I also enjoy how he’s unapologetically Chinese, yet not a caricature, which had WWE taken him, who knows if that’d remain the case. This match had a lot of movez and there’s no other company that can put together multi man matches at this level.

Even better than their first match, these two men opened up this PROGRESS show and tore the house down. They damn near chopped each other’s nipples off. All of the Travis Banks and Matt Riddle tropes we all love were featured in this match, with a couple of nifty new concepts like Riddle catching Banks’ coast to coast attempt out of midair into a heel hook. This was a quintessential indie main event in the opener of this show and it was exactly what I wanted it to be.

Eddie Edwards did a fine job as GHC champ, but it was never going to be a long term thing. Kenoh, I feel, was the right man to win the Global League and dethrone him. His title run kicked off with a bang here, in an excellent back and forth contest. They did one of my personal favorite high spots, a dragon suplex off the top. Strong style was on full display here, as Edwards’ Misawa tribute moveset put kenoh down at multiple points but couldn’t keep him down. Kenoh’s hands are so fast and his strikes are so crisp. The war of chops and kicks came down to Kenoh avoiding Edwards’ deathblow, the Die Hard Flowsion and connecting twice with the double stomp to capture his first GHC title. NOAH was great all year and now would be a good time to get onboard, as we may be entering a new, healthier era.

This was the only BJW deathmatch I saw all year, and the only deathmatch I watched from anywhere that didn’t feature Jimmy Havoc. The buzz was right on this one, this match was incredible. As someone who is not a follower of the style, I appreciated this match for being great both within its genre and as a pro wrestling match. This really shone through in certain spots such as an armbar takedown into glass light tubes. This reminded me of that old saying of how HBK “had a great match with a ladder”. These two men had a great match with glass boards and light tubes.

If you’ve been keeping up with this column you know how I feel about WALTER: he’s one of the best in the world. Sabre is great but can be hit or miss for me. Here, the dynamic these two had in this match was perfect. Sabre selling for WALTER’s chops, and desperately tying the big man in knots to fend him off told such a perfect pro wrestling story. WALTER tried mauling Sabre and closing the distance while Sabre used his speed, strikes and technique to prevail. This match was so simple, yet technically elegant. Look out for WALTER in 2018.

Well, they did it again. These two went out there and had one of the best NXT matches of all time. Not just NXT TV matches, I’m including EVERY takeover in this compliment. This match had it all: Gorgeous mat work, big impact moves, limb work, high flying, striking sequences, and pure unbridled aggression. If someone told me they enjoyed this more than their Takeover match I wouldn’t argue. In particular, the wrist clutch stomp spot, a version of the Danielson stomps, really popped me big. Each man stomped each other dead. In a year of Omega/Okada, Naito/Tanahashi, Lee/Dijak and other great feuds, the trilogy these men had in 2017 stands right up there with any of them. I truly can’t wait to see where each man ends up in 2018.

It’s been an awesome year and I can’t wait to see what great wrestling we get in 2018! Head over to the Voices of Wrestling forum if you want to throw in a nomination in 2018. 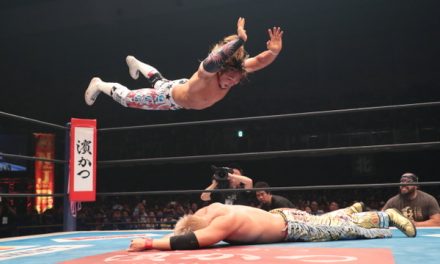