It’s time for the first-ever Wrestling Omakase Year End Awards! Our awards panel consisted of each and every guest we had on Omakase in 2017 (with everyone but one submitting a ballot), and we’ve tallied up the results and share them with you on this show! It’s basically a mini-Observer awards with the same basic rules (5-3-2 balloting, the old December-November calendar, etc.) as our panel of guests picks winners in the following categories: Best Promotion, Feud of the Year, Most Outstanding Wrestler, Best Major Show, Best Tag Team, Match of the Year, and finally Wrestler of the Year/MVP! Hear who won each and every award, plus some one vote only bonus categories like Worst Promotion & Worst Major Show.

In addition to announcing the winners on this episode, John is joined by an outstanding panel of NINE prior Omakase guests who share their own selections as well as their thought process behind them. These guests are (in order of their appearance): Sean Sedor (@SASedor2994), Michael Spears (@fujiiheya), Connor Dunphy (@isalrightnow), Dylan Harris (@DylanZeroSky), JR Goldberg (@wrestlingbubble), Jesse (@K0jiii), Alexandra (@NOAHs_Savior), Lawson Leong (@LawsonComedy89) & Kevin Brown (@darukinoi). A very wide variety of wrestling opinions is covered with our eccentric panel, as we give picks ranging from the obvious to the not-so-obvious, covering all across Japan, Mexico, America, and Europe! It’s one of our most ambitious episodes yet and I hope you’ll tune in and hear us give one final goodbye to 2017 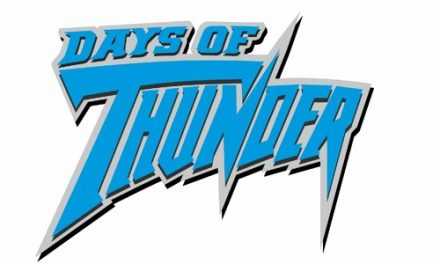 Days of Thunder #63: Doing A Madness