There’s a lot that can be said for knowing your enemy. Their strengths and weaknesses; each individual part. As CHAOS and Los Ingobernables de Japon traded wins on the road to their leaders’ collision at New Japan Pro Wrestling’s Wrestle Kingdom 12, you’d be hard pressed to find a way in which Tetsuya Naito could know Kazuchika Okada any better.

Naito had taken up permanent residence inside the head of his fiercest rival, the man with whom he would soon be closing out New Japan’s grandest show in front of a crowd of near 35,000. Okada, the reigning IWGP Heavyweight Champion, rose above his own fiercest rival and seized his spot as New Japan’s ace once and for all just two years prior. As the company returned to the Tokyo Dome for this year’s Wrestle Kingdom event, Naito was angling for a similar triumph–emulate the cementing of Okada’s name in history and secure his own place at the very pinnacle of the New Japan hierarchy.

It was a mission that would take everything Natio had within himself to complete. But of course, Naito was in Okada’s head. Tetsuya Naito knew his enemy.

In the final stages of a main event three years in the making, Naito would go one step further. He would become his enemy in the search for the ultimate last laugh.

It would be one step too far.

On January 4, 2016, Okada unveiled a secret weapon that has gone on to define is run as champion ever since. Three simple words: “Don’t Let Go.” On January 4 of this year, as Naito closed in on the same grand prize Okada claimed that night, having evaded the second Rainmaker and defied the wrist control that had seen the reigning champion stay so dominant, he would utilise that exact same weapon.

Rather than choosing to make the cover on Okada after his third Destino of the match and surely win the prize he had chased for so long, Tetsuya Naito kept wrist control, and shot for number four. This would be the downfall of the challenger for whom defeat had never been an option.

One counter, and a single Rainmaker is all it would take from there. This time, Okada didn’t even need to try to keep wrist control. The job was done.

The motives behind Tetsuya Naito allowing the triumph he had in the palm of his hands disintegrate in a few fleeting seconds are well open for debate. Perhaps it was the final mental stumble of a desperate man. Consistent returns to his former Stardust Genius playbook would make for the second story of the match, and perhaps this final falter would be an emphasis that there was still more to be done to erase his past shortcomings.

But maybe this moment was something else. After the fourth Destino of the match, there could be no question that Okada, out on his back in the centre of the ring, was done. Naito is no fool, and would know this better than anyone else in the building. The heaving of the Champion back to his feet, and the subsequent attempt to instead turn his own secret weapon against him, was surely not an act of desperation, but foolish glee in the face of certain victory.

Icarus flew too close to the sun, and the slightest possible letting down of his guard in search for the final parting shot would be all it took for victory to melt away.

For Kazuchika Okada, even an infinitesimal crack in an opponent’s defense is more than enough. January 4, 2018 would prove no different.

There can be debate of motives, but not outcomes. In the few brief chances since his defeat that Naito has had to speak, he has seemed perfectly accepting of his fate at Wrestle Kingdom 12. Equally adamant, however, that this battle would not see the end of their war, that Naito’s war would only cease when he was standing tall.

The lasting image of Naito’s chase would not be the fallen challenger in retreat any more than it had been for Okada in pursuit of Hiroshi Tanahashi years prior. Mocked by the triumphant champion, Naito swallowed his “Wrestle Kingdom 9 moment,” though it was hardly the emulation of Okada he had planned. It would be made clear in the coming days that Naito’s sights had not drifted from the IWGP Heavyweight Championship in defeat.

So what’s next for Naito? While Okada will next be challenged by Naito’s Los Ingobernables stablemate SANADA, the Wrestle Kingdom 12 challenger was surely eying a chance to take a break, regain momentum, scrub out the holes left in his game, and ultimately eradicate the side of his ego that had cost him everything.

Following defeat at last year’s Wrestle Kingdom, Kenny Omega would take such a respite and the fire that burned inside him upon his return would fuel his path to a second shot at Okada at the year’s Dominion event.

Naito, having asserted himself as ascendant over Omega in last year’s G1 final, would undoubtedly leap at a similar chance. At Dominion 2017, Kenny Omega took Okada to a time limit draw. For Naito then, Dominion 2018 could surely be a reasonable route back to Okada’s title. All that was needed was an opportunity to take a step back; make those final necessary adjustments to become the man to break Okada down.

The shock appearance of another defeated performer from the night before quickly robbed him of this chance. Now, Naito must re-energize to take on Chris Jericho, as the two men who tasted the harshest defeats at Wrestle Kingdom 12 will have their own intense collision.

The overarching goal, the finish line to Naito’s current journey, will not have changed despite his Tokyo Dome defeat or this latest diversion to Jericho. All that has changed is that Naito must now know not to put shots at the Champion’s pride ahead of his pursuit for the ultimate prize.

If Kazuchika Okada’s seemingly impenetrable defence of his title is built upon three simple words, then Tetsuya Naito must take to heart just two. 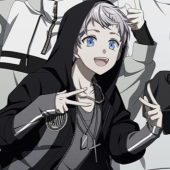 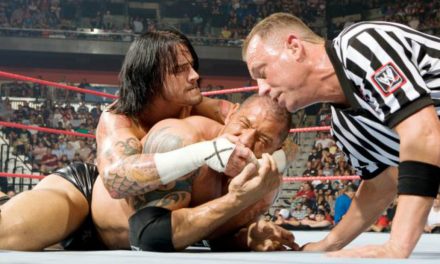 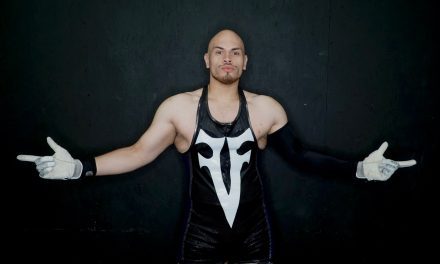