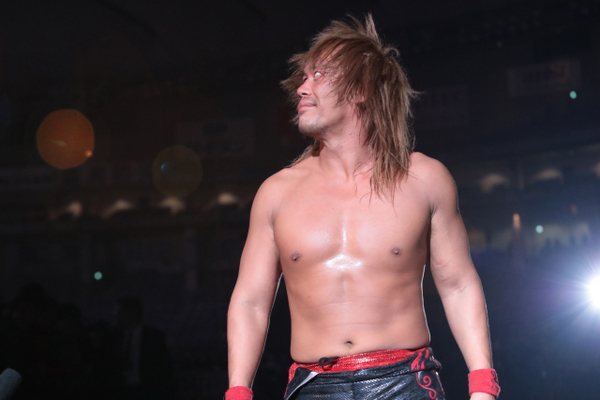 Tetsuya Naito was supposed to win.

It all seemed to be going to plan on Jan. 4, 34 minutes into his IWGP Heavyweight title match against champion Kazuchika Okada. Naito reversed a Rainmaker clothesline attempt only to land Destino, his own finisher, clean in the middle of the ring. With 40,000 of his closest fans decked out in Los Ingobernables de Japon merchandise and beside themselves in anticipation, this was the Coronation of Tranquillo. But then, Naito made his fatal error. He didn’t go for the pin. He leapt up with excitement, eyes wide with a mixture of delight and disbelief. He pointed to the cheering crowd, dragging Okada to his feet, in what proved to be his final, ruinous mistake. Those few seconds, which felt like hours, were all Okada needed to recover. Naito twisted the arm and launched himself up for a second Destino. Were two Destinos necessary to keep down Okada? We’ll never know, because Naito didn’t even bother going for the cover after the first. He spun in midair, but before he can right himself for the decisive slam, Okada caught him. Stuck, Naito desperately kicked his legs knowing that a Tombstone Piledriver at this stage will be the end. But it was too late. Okada spiked the challenger’s head into the ground, and delivered a monstrous final Rainmaker that nearly knocks Naito out of his boots. It’s done.

Complete disbelief. The Japanese announcers made a sound that is echoed by the capacity crowd in attendance, like the sound of the air being let out of a balloon. This wasn’t supposed to happen. Some Naito fans immediately head for the exits, the rest sit, too stunned to move. Where did it all go wrong?

Let’s rewind to the entrances. Naito’s entrance is slow, too slow. He trudges towards the ring at a snail’s pace with all the enthusiasm of a man on death row. He’s lucky that an elaborate mask is covering his face, although it can’t hide the fear in his eyes. The image of the mask might be a wolf, but underneath is a rabbit, caught well and truly in the headlights. The camera catches a fleeting glimpse of Naito’s face after he removes the mask, and it is not the face of a confident challenger, ready to claim his title. Naito looks overwhelmed.

Sure, he’s finally made it to the main event of Wrestle Kingdom. But this is a moment that’s too big for Tetsuya Naito. He’s had an IWGP title shot here before on January 4 against Kazuchika Okada, and we all know how that ended.

Now? The stakes are higher. Millions more are watching. Okada is the unstoppable champion. Naito, realising the magnitude of the challenge ahead of him, is scared.

Okada, of course, has seen it all before. This is his fifth Wrestle Kingdom main event, and his sixth IWGP title match on the traditional January 4 supershow. Compared to his titanic struggles against the legendary Hiroshi Tanahashi and his breathtaking six-star war with Kenny Omega, this is nothing.

For Naito, it’s the biggest moment of his life. For Okada, it’s Thursday.

Early on in the match, Naito tries to play it cool. But the usual tranquilo taunt seems hesitant, forced. Is he trying to convince Okada, the fans, or himself? This is the first and last we see of Naito’s usual cocky swagger. El Ingobernable is absent tonight.

But despite his nerves, Naito manages to settle into the match, gradually taking control over the notoriously slow-starting Okada. Halfway through the match, Naito lands a stunning top-rope reverse Frankensteiner, and the crowd erupts. In the biggest match of his life, Naito finally notices the cheers of the tens of thousands of his fans in attendance. The LIJ hats, the Tranquilo t-shirts – they’re here for him. They love him.

This is all that Tetsuya Naito really wanted. The main event snub of 2014 stung his pride. The tantalisingly short title reign of 2016 frustrated his ambitions. But the fans turning on him? That’s the knife that cut deep. At the end of the day, Naito just wanted to be loved. The bright-eyed Stardust Genius never died, he just hid behind the mask of El Ingobernable. Pretending that he didn’t care was easier than admitting that he did. That the jeers of the fans hurt him more than any match card placement. He never wanted to be the bad guy.

And now, with the Ingobernable mask dropped, and 40,000 fans cheering his name, the Stardust Genius emerges from the shadows. Riding the waves of their support, he hits Okada with the Gloria powerslam, rolling back the years. Naito can finally be himself. He leaps to the top rope, ready to bring home the victory with the Stardust Press, to prove to everybody that he was good enough all along.

Okada, of course, rolls out of the way as Naito crashes to the mat. A rush of blood to the head and a mistake that could have cost him dearly, but the match continues. Kazuchika Okada is a man who learned from his mistakes to become the best in the world. Naito has got away with a warning here. Will he learn, too?

As the match continues, Okada hits Naito with a Rainmaker clothesline. Naito kicks out, but there are no grimaces of shock or gaping mouths of disbelief from the champion. There’s barely a flicker of surprise. Okada stays calm, knowing that this match will continue, and he needs to stay cool and not make any rash mistakes. In one of the many moments of irony, it’s Okada who is truly tranquilo tonight.

Later on, the two trade forearms. Okada begins to fade, his strikes becoming weaker. He is circling the drain. Naito responds by spitting at Okada, and slapping him across the face. El Ingobernable might have capitalised upon this. But where is the Destino? Naito does not press home his advantage, eventually allowing Okada to recover, his mind perhaps clouded by a desire to win this match the right way, the Stardust Genius way.

But of course, victory does not come for Naito. Okada is too savvy, too experienced, too damn good, and unceremoniously obliterates Naito with a Rainmaker to claim his third consecutive Wrestle Kingdom main event victory. Naito had his chance, and he blew it. El Ingobernable won him the title shot; the Stardust Genius lost him the match.

As Naito staggers away from the ring in shame, desperately trying not to look at the thousands upon thousands of his fans that he’s let down, he’s dealt the final insult; the cherry on top of this disastrous cake.

And there he stands again, pretending he doesn’t care. Naito is trying to put a brave face on it, but he is undeniably broken. This is what fans will remember long after the match reports and star ratings have been forgotten – the look of a man who knows he’s just screwed up the biggest moment of his life. He’s trying his absolute best to hold it together and pretend to be tranquilo, to be El Ingobernable, but the heartbroken Stardust Genius is there for the world to see, just like he was in 2014. The defiant smirk eventually comes, but it’s a lie and he knows it. His eyes give him away.

Naito looks like he’s about to burst into tears, like Okada did when he missed his chance at Wrestle Kingdom 9 and was goaded by a triumphant Hiroshi Tanahashi. Naito and Okada have a lot in common, even though it doesn’t seem like it tonight, with Okada lifting high his IWGP title, and Naito stumbling ignominiously to the back to wallow in despair.

Therein lies the tragedy of Tetsuya Naito, who finally made it to the main event, but lost himself in a moment was too big for him. This may not be the final chapter in the story of Tetsuya Naito’s IWGP title hopes. It could be, like Okada in 2015, just a stumbling block on his path towards ultimate glory. But for now, we simply don’t know. For now, Naito had his chance, and he blew it.
To me at least, this is a much more compelling and dramatic story than Naito storming to victory. I will never forget Tetsuya Naito’s face after that match. I felt his pain, and for the first time that night, I called out his name. A tragedy is always more compelling than a victory, and after witnessing his pain first hand and seeing him humbled and humanised for the first time, I can now call myself a Tetsuya Naito fan. I want to see his redemption. I want to see him with that title around his waist. I might have to wait another year, or more. It might never happen. But rest assured, if that chance comes, I will be there, ready to cheer not the Stardust Genius, not El Ingobernable, but Tetsuya Naito. 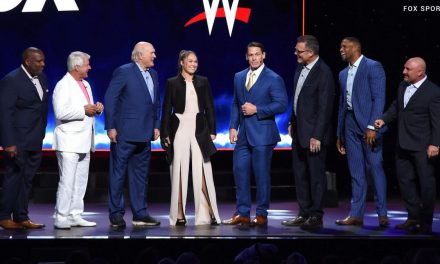