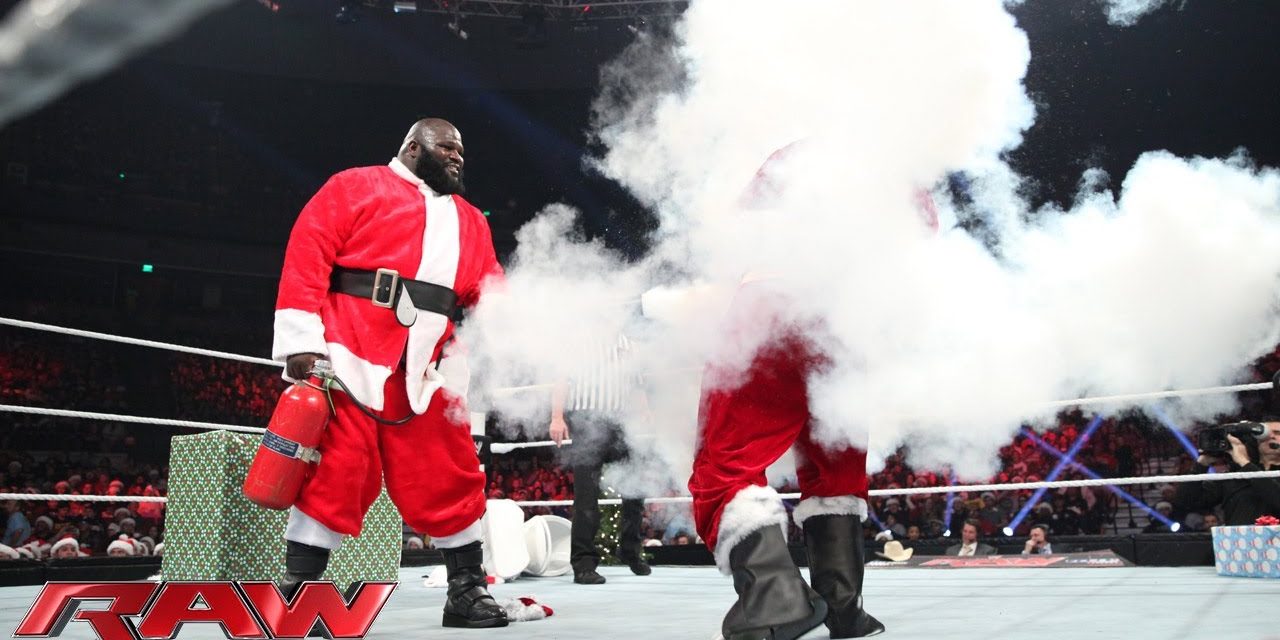 Before you begin Part 2 of Voices of Wrestling’s Secret Santa 2017, be sure to check out Part 1 below:

Happy Holidays, wrestling fans! We at Voices of Wrestling wanted to give you all a little holiday treat. Last year, I had the idea to put together a secret santa for my fellow writers and reviewers, but instead of giving a gift, we would all have to review a match.

The result was a huge success and a good representation of the different styles of wrestling that we all love.

There were lots of first time viewings and people getting out of their comfort zone. We decided to bring the secret santa project back this year but make some small changes mostly instead of posting every gift/match review in one piece, we’ve broken it up into a few smaller articles that will be released over the next few days. Whatever you celebrate, I hope you find some time to give a gift to someone you love, and I hope you find some time to watch a little wrestling. -JR Goldberg

I don’t typically watch lucha. These days, the only lucha I watch is when NJPW guys are on excursion. This hasn’t always been the case, but it’s just not on my current radar. My Santa must know this. Luckily, I’m familiar with LA Park and Rush. However, my familiarity is certainly superficial. I haven’t seen LA Park since his WCW days and I haven’t seen Rush outside of his underwhelming NJPW tours.

LA Park is the clear babyface, hugging kids as he enters. He’s abruptly cut off by an attacking Rush. Clearly defined roles: check! No reaction from commentary: check! Confirmed: we’re watching lucha! Jokes aside, commentary picked up as the match progressed. They did some crowd brawling compete with blading and Park hitting Rush with a box of beer bottles. Park follows it up by cutting Rush with a broken bottle for good measure.

Park hit some cools spots including a tope suicida, a plancha to the floor, and one of the best spears I’ve ever seen. To top it off, Park did his dance: something I haven’t seen since the last time I dusted off WCW/nWo Revenge.

The finish was a bit of a mess: run-ins from La Mascara and El Hijo de LA Park. There was some awkward ref involvement, a low blow in clear view, a fast count, and ultimately, a reverse decision due to mask robbery that net Park a DQ win.

The fans hate Rush; Park challenges him to a hair versus mask match in Baracal. The crowd was fantastic and the work was intense. This would fit right in on a 1995 episode of ECW TV. -JoJo Remy

For my Secret Santa present, I got some shoot-style wrestling! This was the first proper UWF match I had ever seen, although I’m familiar with the style and watched this August’s Kakiride show (a fun show I highly recommend you check out), which had all of its matches contested under UWF rules.

The first thing that struck me about this match was the pace. Watching the match, there seemed to be some parallels to be drawn between shoot-style and the modern day New Japan NEVER Title style of guys like Ishii, Shibata, Goto, etc. Both styles emphasize vicious strikes, brutal submission and a willingness to lean into the pain and not away from it. But whereas the NEVER style is very paced and deliberate, the style of this match is a melee fought at breakneck speed. It clocks in at 9 minutes and 4 seconds from bell to bell, and it is almost entirely non-stop action. Even slower moments, like the doctor coming in to check on Nakano’s busted nose, contain an energy that seems to continue to propel the match forward.

Part of that energy also comes from the crowd, which is hot from the introductions, screaming for Nakano as he fights back against a continuous onslaught of strikes and then fights through a busted, bloodied nose. He doesn’t seem to have the striking ability of Funaki, but he is determined, and when he goes on the offensive, he makes it count, dropping Funaki directly on his head a number of times. Funaki responds by absolutely pummeling Nakano, repeatedly peppering him with open hand strikes and stomping directly on the back of his head. It looks absolutely real, and that illusion allows the audience (myself included) to totally buy into the match.

Besides the in-ring action, the other thing I loved about the match was that it didn’t follow any discernible wrestling storytelling pattern. In a traditionally booked match, you would see a match that might go down to the wire – each man would have four knockdowns and both men would battle valiantly for the fifth and final knockdown to win the match. Here, the match ends not with a dramatic fifth knockdown, but with a Boston Crab. Nakano, worn out from the punishment he’s taken, submits. It’s a sudden finish, but it lends credence to the idea that a match can end at any time, an idea that most wrestling tries to push, but doesn’t often fulfill.

Overall, I would highly recommend this match. At less than 10 minutes, it’s an easy watch, and I believe the style and layout of the match would interest a large variety of fans. From New Japan NEVER Title fans, to catch as catch can fans, even to MMA fans, there is some aspect of this match that would connect with each of them. Although UWF’s influence is still felt today in many areas of the wrestling world, there is truly nothing like watching the original. -Taylor Maimbourg

This era and style of Japanese high flying is something that is completely off my radar, so thank you for whoever sent this one along. To get it out of the way first – I believe due to the inclusion of our dear CIMA that this match was sent to me by one of our Voice Gate crew and for my money it’s on Big Money Michael Spears. Toryumon, Dragon Gate, Michinoku Pro, Osaka, all of that stuff is so beyond my wheelhouse that any time I randomly stumble upon some shit with rana after rana it is a time of wonder for me (both good and bad).

As for the match itself, this wasn’t something I immediately enjoyed, but learned to after about three watches. It’s a quick, mostly high-octane match, with some truly unique spots, but there is also a fair bit of sloppiness and lack of athleticism that is hard to ignore. This is a match that changes depending on which of the major aspects you want to focus on – and I managed to transition from the latter to the former.

For the type of work that I tend to enjoy the most, the heel team of Curry Man, CIMA and Super Boy absolutely destroy the babyface team at doing the right things in this match, from peppering outside the ring, to scummy heel tag team work (simply love an assisted-abdominal stretch). Super Boy plays the overly-athletic overweight flyer well, nailing tons of hard-hitting sentons and throwing in some moonsaults to the crowds disbelief. CIMA plays the piece of shit wonderfully, throwing uppercut slaps, breaking up pins and hitting huge moves like a pop-up facebuster and spinning tope. Curry Man, my favorite Chris Daniels gimmick by far fuckin kills it throughout, really working the ring like a master. He’s the the star of the match for me, and it’s not really even close.

The Babyface team, while not coalescing the same as the heel team is really focused on big spots. Jody Fleisch hits tons of hurricanranas, flying head scissors, and shooting star presses but his best spot comes early on, jumping off of a kneeling Super Boy onto Curry Man’s shoulders and then straight into a head scissors on CIMA. Fujita is mostly forgotten in this match, peaking at a hard hitting suicide dive into the first row. Shinryu II is a total mixed bag, trying a lot more than he actually seems able to accomplish, but like…good on him. He’s enjoyable, but doesn’t sell worth a damn. He does manage to his this bizarre / insane diving straight armed swanton to the outside over the top that I’ve never seen anything like.

As far as spots go, Curry Man steals the show at the end chasing, catching and sambo suplex/Rock Bottom-ing Jody Fleisch as the two both springboard off the top rope. It’s a fuckin killer counter and super setup for the Spicy Drop to finish the match.

Overall, I didn’t love this match and still don’t but it has enough good here for me to want to continue investigating more shit like this- so thank you, sincerely, to the one who sent me this. HAPPILY HOLIDAYS. -Andy LaBarre

Receiving this match as a gift was the exact reason I signed up for the second annual VOW Secret Santa. DDT is one of several Japanese promotions I’ve been meaning to get into and prior to the EVOLVE shows last year, I’d never seen a Dick Togo match.

The match, a unification for Togo’s KO-D Openweight Title and Honda’s interim belt, was the main event of DDT’s Sweet Dreams show, their second big event of 2011. Given my lack of knowledge of either man’s work and almost non-existent exposure to DDT, I watched this match with a childlike anticipation most appropriate for this time of year.

Such anticipation was rewarded with a great match, not quite a classic, but nonetheless a thoroughly entertaining 25 minutes. This felt like a match that wouldn’t have looked out of place in a heated 80s Southern feud, beginning with some limb work by Honda, a big change in momentum and a superb comeback spot by the challenger before the champion eventually prevailed.

Honda’s attack on Togo’s left arm in the opening exchanges was vicious and turned the crowd in Togo’s favour. Togo played his part, with his facial expressions selling his opponent’s offence just as much as the moves in the match did. Whilst Togo sold the arm throughout, he dominated the second half after a Honda dive busted him open.

The visual of Honda’s face covered in blood was the match’s turning point, putting Togo in firm control and putting the crowd firmly on the side of the interim champion. Honda, beaten and bloodied at the hands of the cocky champion, was now the face, the one they wanted to win. And I was with them all the way. Honda hit one of the most sensational snap dragon suplexes I’ve ever seen but his hope spots were few and far between. His strikes were sloppy but instead of detracting from the action they added to the match’s drama. It looked like everything he threw was all he had left; he was fighting for survival.

Honda surges out of the corner, Lawler-esque, with a series of clubbing lefts and rights, giving you the belief he might just do it. I’d gone from a sceptic of what looked like a plodding grappler, to a fan of a challenger fighting valiantly to claim the company’s top prize. A second pedigree and a top rope senton eventually did for Honda, but he played his part. In a match with no commentary and a relatively quiet crowd, both men sold the momentum shifts in this match to perfection. Not a bell-to-bell classic, or a workrate special, but a match driven to greater heights by emotional hooks. A superb choice. ****1/2 -Andrew Sinclair 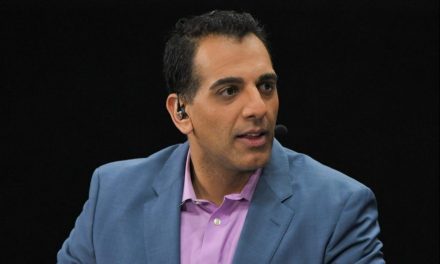