After their big win over Jeff Cobb & Michael Elgin on Night 10 in Korakuen Hall, Beretta & Chucky T continued to build momentum in the B Block with a victory over the team of Finlay & Kitamura. This was a relatively decent encounter. As the opening tournament bout on this card, it was perfectly fine for what it was. It only went about seven or eight minutes, and was pretty fun to watch from start to finish. While he wasn’t as big of a focus here, compared to some of the other matches he’s been in thus far on the tour, Kitamura did get some attention here.

During the first few minutes, Best Friends essentially isolated Finlay so that Kitamura couldn’t tag in, but once he made the hot tag, he did run wild on Beretta & Chucky T for a few minutes before falling to the Strong Zero. The fact that he was the one who got the primary hot tag here was just another example of Kitamura getting a ton of opportunities to shine in this tournament. While his team with Finlay is still at 0 Points, Best Friends before the first team in the B Block to reach 8 Points. **3/4

Elgin has most of his left leg taped up (basically from above his knee all the way down), so he must’ve suffered an injury at some point. This was another decent tag team affair, though I’d say that Best Friends vs. Finlay & Kitamura was slightly better. Henare decided to attack before the bell, which ultimately proved to be a poor decision on his part, as from there, Cobb & Elgin basically imposed their will on poor Henare for the first few minutes. He eventually made the tag to Makabe, who did some of his signature spots before tagging the young lion from New Zealand back in. While Henare did get a few hope spots, he ultimately got pinned after eating an Elgin Bomb. Another tournament match that was on the shorter side (seven minutes or so), but again, it was completely inoffensive, and gave the team of Cobb & Elgin a solid victory. **1/2

The Guerrillas of Destiny (8) def. The Killer Elite Squad (6)

I only just realized that the three teams who faced off in three way title matches repeatedly back in September are all in the same block during this year’s World Tag League. They just can’t seem to get away from each other. Anyway, this was easily the best tournament match on the show, up to this point. KES spent the first few minutes working over the left arm of Tama Tonga, but once G.O.D. made their comeback (it seemed like they were the de facto babyfaces here), this turned into a solid tag team encounter. There was some fun action in the closing stretch, but in the end, Tama Tonga caught Davey Boy Smith Jr. with the Gun Stun to get the win.

A lot of interesting things to take away from this one, in terms of the result. First, after getting off to a 3-0 start, KES have now lost two straight. Then, this win catapulted The Guerrillas of Destiny into a tie for the lead in the B Block with Best Friends at 8 Points.

Finally, it’s really interesting that KES lost to both G.O.D. & War Machine. Theoretically, this means that both have earned title shots. I think all of us are hoping that we don’t see yet another three way between those three teams. ***1/4

After a huge victory over KES in the main event of Night 10 in Korakuen Hall, War Machine (in a bit of a surprise) came up short here against Ishii & Yano. In terms of match quality, it was about on the same level as the tournament bout that came right before it. The various individual exchanges Ishii had with Hanson & Ray Rowe were very entertaining, and for the most part, that action was the driving force of this one. Of course, we saw the usual Yano shenanigans, and when the dust settled, Yano actually got the win for his team. With Ishii distracting Red Shoes, Yano managed to hit a double low blow on War Machine, and rolled up Ray Rowe for the victory. This match didn’t set the world on fire, but from bell to bell, it was pretty fun. Part of me hopes that we’ll get to see singles matches with Ishii against Hanson or Rowe in the future, but I don’t think those will ever happen. ***1/4

This was one of the weakest showing from the B Block thus far (in terms of shows that featured four tournament matches), but it would certainly beat a number of the A Block events that’ve taken place over the last week or so. While there wasn’t anything that really stood out on this card, nothing was below average. The top two matches were clearly the best of the bunch, but even the first two matches were entertaining in their own way. If anything, this was an incredibly easy show to sit through, especially since three of the four bouts clocked in under ten minutes.

Here’s a quick update on the standings in the B Block, after Night 12:

While the bottom two teams were eliminated a few shows ago (they were never really in contention), things have tightened up in the rest of the block, as the remaining six teams sit either at 8 Points or 6 Points. In a slight surprise, Best Friends & The Guerrillas of Destiny are now tied for the lead of the B Block. If I had to guess, I’d say that one of the two teams that’s currently sitting at 6 Points (either KES or War Machine) will ultimately win the block, but at this point, any of those six teams could make it through. This means that these next few shows are going to be critical, particularly for those 3-2 teams, because if they suffer another loss, and one of the two teams at 4-1 wins, then they’re out. 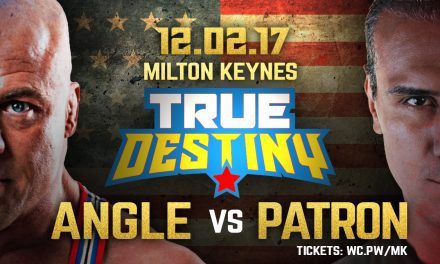 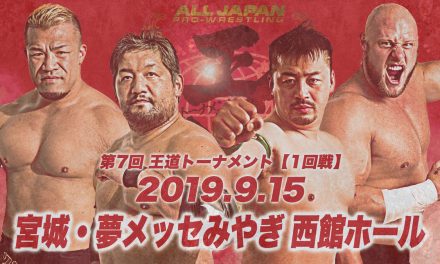