New layers to the ongoing soap opera between FloSlam and WWNLive emerged today as FloSports—parent company of FloSlam—filed new documents in their lawsuit against WWN.

These newly-released documents were an attempt to shine light on FloSport’s accusations of fraudulent numbers provided to them by WWN but instead make their claims appear baseless.

If you’re looking for a detailed breakdown of the lawsuit, Monday’s filings and additional coverage of the lawsuit, the breakdown of the relationship between Flo and WWN, you’ll want to check out David Bixenspan’s great work over at Fightful. This column will detail more of my opinion on the matter and bring into question who is at fault and what went down when the contract was signed in October 2016.

The reported price FloSlam paid for exclusive rights to WWN properties seemed astronomical at the time and Monday’s filings all but confirm our shock.

FloSlam struck out on securing deals or even getting into negotiations with NJPW, Ring of Honor or any other mainstream wrestling property before “settling” on WWN as its anchor. When the rumored number started leaking through the pro wrestling community, there was equal parts shock and confusion. FloSlam equipped with VC money and desperate for a streaming partner threw whatever they could at EVOLVE to get them to sign.

Most will remember at the time (and we’ll get into it again later) that EVOLVE and WWN was very cozy with Triple H, NXT and the WWE Network at this time.

Many assumed sooner rather than later that WWN properties or at the very least EVOLVE would find its way onto the WWE Network. That is, until Flo called. WWE very likely could not (or didn’t want to) match what Flo was offering, so WWN moved to the greener pastures of FloSlam.

FloSports in their lawsuit claims the numbers provided to them by WWN were intentionally misleading and fraudulent. This, logically so, was used by FloSports to defend the high price tag given to WWN. FloSports claims they were duped into thinking WWN was more popular than it actually was.

The filings from Monday, though, don’t support the accusations.

Looking solely at the EVOLVE promotion, the average show throughout 2015 drew about 500 to 750 buys on the former WWNLive streaming service. WWN alleges that the numbers increased to slightly over 1,000 during WrestleMania weekend.

Those numbers all seem plausible and about what I would have expected coming from WWN during that time period.

In 2016, WWN reports a huge jump with standard shows doing roughly 950-1,300 buys with WrestleMania weekend shows going up to as much as 2,400. SHINE, WWN’s women’s wrestling group averaged around 500-750 over the last two years with Florida-based WWN indie property FIP peaking near 300 but averaging well under 175 buys per show.

One can look at the huge jump from WWN (specifically EVOLVE) in 2016 and chalk that up to fraudulent, deceiving numbers inflated to help WWN secure a big money deal from Flo. But that ignores a number of factors that could have played into this rise — the most notable being publicity from the king of the pro wrestling world: WWE.

EVOLVE and WWNLive was the home of WWE Cruiserweight Classic qualifiers, WWNLive was mentioned on WWE.com and members of the WWE roster were seen plugging WWN the brand, WWN wrestlers and other WWN properties.

Had these occurrences not happened, then sure, I can see a case being made for an auspicious rise in buys, but that ignores just how important the WWE shine was and is to an independent property’s growth. This is my personal opinion interjected, but I don’t think it’s unreasonable to assume that an extra 450-550 people discovered and began consuming EVOLVE and other WWNLive.com shows because of WWE publicity.

FloSports lawsuit alleges that these numbers are fraudulent but it’s hard to find an overwhelming case that they were. Are we to assume that WWN was doing far less than 500 buys in 2015? That seems unrealistic. Or are they possibly trying to say that FloSlam didn’t increase nearly 45% year-over-year from 2015 to 2016? That’s a little more plausible but certainly not the overwhelming case you’d expect with a lawsuit attached.

Which leads us to question what the hell FloSlam was thinking when they originally made the deal. Was there any scenario in which this was going to be successful? Here’s what Voices of Wrestling colleague and MBA student (that means he’s a smart guy, smarter than me) Michael Spears (@fujiiheya) found:

From the outset and given the numbers that are now public knowledge, this contract was an incredible mistake on the side of FloSlam. With the caveat that I was only able to use the information that David Bixenspan has reported on through the Fightful article, it was entirely unlikely that the FloSlam/WWN contract would have ever worked out in Flo’s favor. Using the $20 per month subscription number, because we don’t know what the annual versus monthly split was for subscribers, the “break-even” needed for FloSlam starts in 2016 at 1875 [subscribers] and grows until 2021 at 3083 subscribers per month. This is a growth over the contract of 64.63% and an average annual growth of 10.43%.

Given the numbers for EVOLVE, there was no realistic expectation that WWN could ever achieve that growth.

EVOLVE total buys in 2015 and 2016 were erratic according to when the event was staged (WrestleMania weekend provided obvious spikes) and what talent was involved (‘Mania talent, Cody providing an additional spike over EVOLVE 66/67). The events outside of these spikes just hovered at their yearly averages (667 for 2015, 1042 for 2016). There wasn’t a lot of month-to-month growth shown by EVOLVE shows. The good news for WWN and Flo alike is that there was significant growth shown between the 2015 and 2016 events. The growth from EVOLVE 52, their last event of 2015, and EVOLVE 69, their final event in the data given, was 45.80%.

As mentioned earlier by Rich, it’s not outside the realm of possibility that the CWC and other WWE-related factors drove this growth.

Reviewing the data, I don’t see how an OTT service with basically just WWN could have become profitable. If the estimated subscribers remained stable (or even grew at a percentage that EVOLVE showed through the data give), this would have been a mid-six figures loss for FloSlam. There was no way that WWN could have hit the break-even points for their contract alone, let alone be the keystone for an entire streaming network.

Looking beyond the financial, these new documents also shined light on expectations of the relationship between Flo and WWN.

FloSports had an option to end the relationship whenever they wanted but they would be unable to exercise it until January 2018 and even then the deal would last for another full year upon exercising.

The contract also states that WWN was to provide its audience a high-definition stream backed by commentary and shot with two camera angles but that’s it as far as production cues go. This is particularly interesting as an ongoing meme in our circle of wrestling fandom was EVOLVE, FIP and Style Battle’s less than stellar venue choices, curious lighting and the perceived lack of upgrades done to WWN production.

Despite the influx of cash and a new banner, FloSlam-streamed WWN shows didn’t look much different than those streamed on WWNLive prior.

(As an aside, WWN’s work with Kenny Johnson during the last year has been nothing short of exceptional and should not be lumped into any criticism of WWN’s live production)

Now while I still criticize WWN for not investing that money into higher production values, I do understand a little more why they didn’t: they weren’t told to. There was no directive, there was no push from FloSlam either at the beginning of the deal or, seemingly, during the deal.

That doesn’t absolve WWN from blame in this scenario, they SHOULD have upgraded production and I do believe improved production would have helped drive business to FloSlam but I see WWN’s side on this: Why?

If there was no clear benchmarks to be met, if a deal had been signed with WWN getting escalating money regardless of the results they produced and no top-down directive to improve, why would they? You can criticize them for lack of ambition, but that’s it.

More information will continue to trickle out from this soap opera, but my conclusion has remained the same from the moment the lawsuit was filed: Flo signed a bad, poorly-researched deal.

Is WWN to blame for their lack of ambition in growing the service, increasing their production values or offering additional value to FloSlam? Perhaps, but they did most everything they were contractually obligated to do.

FloSlam, on the other hand, did little to help themselves grow. Despite throwing around big money, Flo was only able to secure WWN and a few other small promotions across the world. None of which, WWN included, would be reasonably expected to help the service and their subscriber base grow exponentially. The WWN archives, valuable for past promotions like Dragon Gate USA, were slow to update and a power shake-up in the early days of the company, namely FloSlam managing editor Jeremy Botter being let go, led to instability from the very beginning.

More than anything though, FloSlam is the one who sued WWN in September claiming at the time they were not looking to get out of their contract but instead “kind of work things out outside of the litigation.” This effectively put an end to any working relationship between the two companies. FloSlam had an out in their contract but chose, instead, to take this route.

As the days go by and more information is released, I’m more firmly on WWN’s side in this case.

Of course, until we know the veracity of the numbers provided to FloSports by WWN we won’t know for sure, but WWN did as they were told and contractually-obligated to do. FloSports signed a terrible deal, desperate to have a mainstream wrestling property on their new service and their allegations don’t presently hold water. 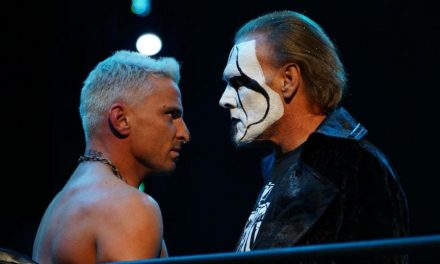 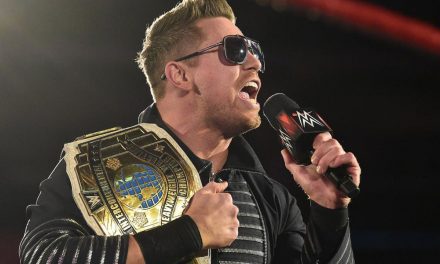 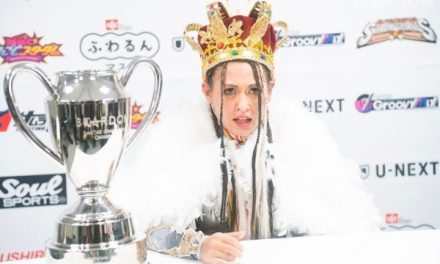 Destiny: Giulia and the One Night Journey to Perfection