Wrestling is, in its biggest part, entertainment. To be a great wrestler, it’s not enough for you to have the physique and the technique – you need some acting talent, too, to convince the audience that your rage is real. This might be one of the reasons why so many wrestlers have found a second career as on-screen actors. Over the last few decades, many highly appreciated WWE athletes have shown up in movies, often as antagonists but quite a few times as protagonists of the story. Perhaps the best-known ones today are Dwayne Johnson (The Rock) with an extensive career and Dave Bautista, who has several years of acting behind him. They are not the only ones, though, and not the first to do so either.

One of the biggest personalities in the world of wrestling – both literally and figuratively – was André Rousimmof, aka André the Giant. His impact on pop culture goes beyond the ring, though – his greatness is immortalized, among others, by a slot machine at the Royal Vegas Canada. You’ll be able to try the game if you visit the Royal Vegas website, and try it for real after you claim your Royal Vegas new player welcome bonus.

Andre’s most memorable on-screen appearance was the role of Fezzik in 1987’s fantasy “The Princess Bride”. Directed by Rob Reiner (When Harry Met Sally, Bucket List) based on a book by William Goldman (The Stepford Wives, Memoirs of an Invisible Man), the movie takes its viewers into a fantasy land filled with giants, pirates, and magicians. In the movie, André plays Fezzik, a competitive fighter – he stays true to his nature – with a strong self-esteem and a lot of strength, which makes him a very useful friend during the movie.

“Stone Cold” Steve Austin is another on-screen actor who might be familiar from the ring. After retiring from wrestling in 2003, he debuted on screen in Peter Segal’s “The Longest Yard” in 2005, and several others before being included in the rag-tag team of aging action heroes in “The Expendables”. Afterward, he starred in several direct-to-video action movies, several TV shows, and lent his voice to a variety of wrestling-themed video games.

Does the name Mark William Calaway ring a bell? How about “The Undertaker”? Until his retirement this April, he was one of wrestling’s most macabre figures. He had his share of on-screen fame, too, even though usually in smaller roles. He played a soul chaser demon – a perfect role for his in-ring persona – in 1999’s “Poltergeist: The Legacy” TV series, he voiced himself in “Scooby-Doo! and WWE: Curse of the Speed Demon”, and joined “Hollywood” Hulk Hogan in his underrated science fiction comedy “Suburban Commando”. 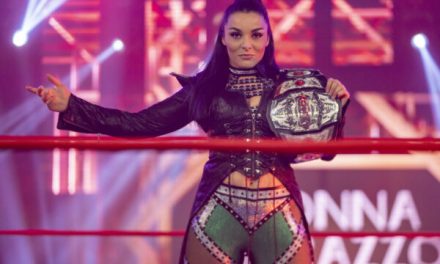