Eli Drake and Chris Adonis opened Impact bragging over defeating Johnny IMPACT last week. I’m pretty sure there was a “We Want Bram” chant form people in the front row. Nah, we’re fine. This was Drake’s weakest promo in forever. He seemed lost and incoherent at times, rambling about I’m not really sure what. It feels like they sent him out there for eight minutes with nothing really to say.

Either way, he set up Adonis in a match with Garza Jr for some reason.

They worked two minutes of this match around a top wristlock. That was borderline offensive. Adonis has shown very little in this run other than being a bland, perfectly functional midcard hand. This was a Superstars match. Adonis filled the body with an uninspired heat sequence before Garza brought some energy to the closing stretch before IMPACT interfered for a DQ. IMPACT vs. Garza was made for next week in a number one contenders match. I really like Garza but they’ve elevated him to the top contenders scene without doing much of the legwork. **

Pardon the puns but these oVe squashes have lacked any Impact. They are rarely strung together in a way that makes oVe pop. They’ve been weirdly sluggish and disjointed rather than the pure energetic murder that generally makes up the better squash matches. They’ve done oVe no favours at all. *

Andrew Everett is back with Trevor Lee after they split earlier this year and their feud fell victim to the constant direction shifts that have plagued Impact this year. So they’re back to square one again sans Shane Helms this time.

A simple straightforward tag that while not a patch on some of the better X-Division tags of old was nonetheless a fun time. Sydal beat Everett with Air Bourne. Dutt, Petey and Sydal argued over who should get a title shot afterwards. ***

Considering the conceit of this contest was the concerted disdain these four competitors held for the opposite company and country, this  lacked some intensity to start out. They mostly went to do a match with some personality elements weaved through rather than any real grudge. Double heat sequence tag, at least Texano and Fantasma looked good here while both EC3 and Storm’s comebacks had plenty of energy. Like a lot of Impact matches it lacked a hot closing stretch to push it into recommended territory but the work was fun here. Fantasma won after Pagano held Storm’s feet down on the outside. ***1/4

Impact frustrates me, because it’s practically never bad. Very rarely do I watch this show and feel like I’ve wasted my time. But equally on the flip side it is rarely good enough that I can heartily recommend it. It just exists in its pleasant orbit, hovering around the wrestling world without many taking notice churning out solid unremarkable shows week after week. It’s perfectly decent television but never anything more. It needs to be more. 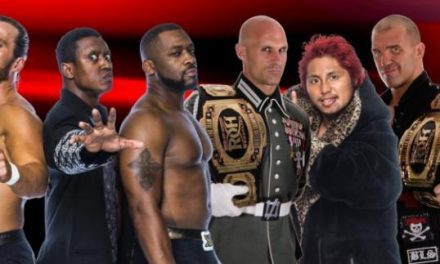 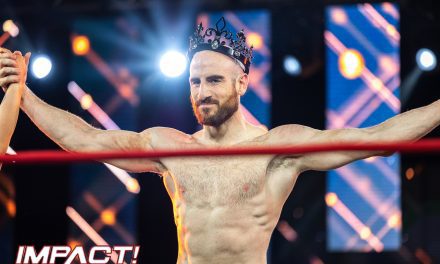