A solid, enjoyable match but like a lot of Impact TV matches it just seemed to lack any sort of compelling closing stretch. The opening of the match was pleasant, the middle was merciful short but then they went straight to the finish (with interference shenanigans) rather than capping things off with a hot finishing stretch. Petey hit the Canadian Destroyer but Caleb Konley pulled the referee out of the ring. Lee then retained after hitting his standing double stomp when Petey survived a belt shot. **3/4

If nothing else this match showcased the really rather solid core to the Knockouts division (as well as how Canadian it is these days). Rosemary’s knock off Marilyn Manson theme has grown on me some, it does a near equally good job setting the tone for her entrance and character as Nobodies did for Decay. Rosemary, Kim and Allie is legitimately one of my favourite trios in recent memory – a wonderful bunch of totally different kinds of babyfaces. A fun formula tag with Sienna winning with a roll up. **3/4

James Storm, upset over the AAA invasion, came to the ring and led the crowd in a GFW chant. It wasn’t the most enthusiastic chant. Texano came to the ring and James Storm led a Taco Bell chant too before Fantasma ran in and helped Texano beat down Storm until EC3 made the save. Storm was wary of EC3 (you may remember they feuded for much of the early half of 2017) but they shook hands. I’m not a huge fan of the way this leaned into some US vs. Mexico MAGA nonsense at times (Storm both referenced Mexicans taking his job and insisted this wasn’t some US vs. Mexico thing so they played both sides) but the core battle of supremacy between companies is a fine conceit for a rivalry. The skeptic in me sees this as some cheap dogwhistling though.

This felt like a pretty flat end to the LAX title reign as oVe aren’t really over as babyfaces. In fact at one stage when Crist tried to prompt an oVe chant the crowd actually chanted LAX instead. This seemed to be missing something, there were a tonne of nifty tag team spots, LAX ruled as usual but it didn’t seem to build much momentum. Part of that may be the atmosphere. The crowd, while responsive, weren’t really hooked. Part may also be because oVe haven’t really shone much since debuting and them winning the titles didn’t feel like a moment (and the finish was a little empty). Like the X-Division opener these two teams have better in them but this was full of action and still fun for what it was. ***

Eli Drake doesn’t feel like a heavyweight champion, which is interesting because had he won the belt in December last year I don’t think I’d feel the same. His programme with EC3 in the closing months of 2016 felt like an organic elevation and then he fell off a cliff with regime change. Now he’s suddenly asked to carry the brand. That’s an unfair leap to ask of him, especially when he’s shoehorned into the same old heel champion trope without any real credibility. This match was frustrating because there were the bones of a very good match in here, you could see a lot of the parts, but rather than taking things home with an engaging final exchange the TNA formula kicked in instead (including the same belt shot nearfall from the opening match) – substituting contrived manufactured drama in place of having faith in the performers to do it organically. Drake eventually won after a low blow and the Gravy Train. This formula for a champion does not work. That has been proven ten times over in TNA history. It leads to people not caring about nor believing in the champion. And yet here we are, imagining somehow that this time will be different. New perspectives are needed. New ideas. Lessons learned. **3/4

I badly wanted these final thoughts to simply read **3/4 but that pesky tag title match had to be slightly better than that.What am I saying? Facts should never get in the way of a good punchline. 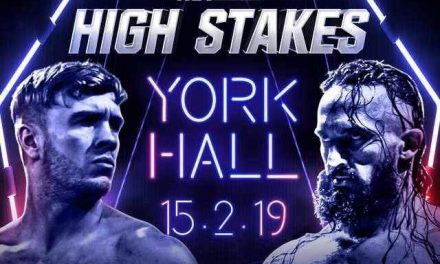 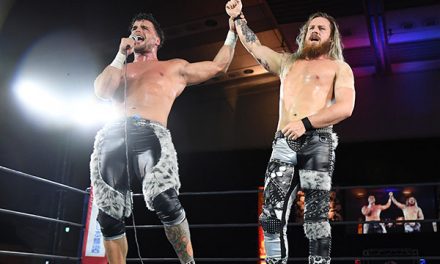 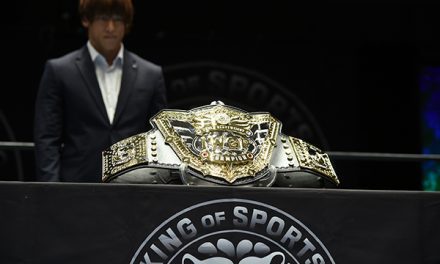