Welcome back to Voices of Wrestling’s coverage of the Mae Young Classic. In Episode 6 the Quarterfinals will be finalized, and the field of 32 will be down to eight. 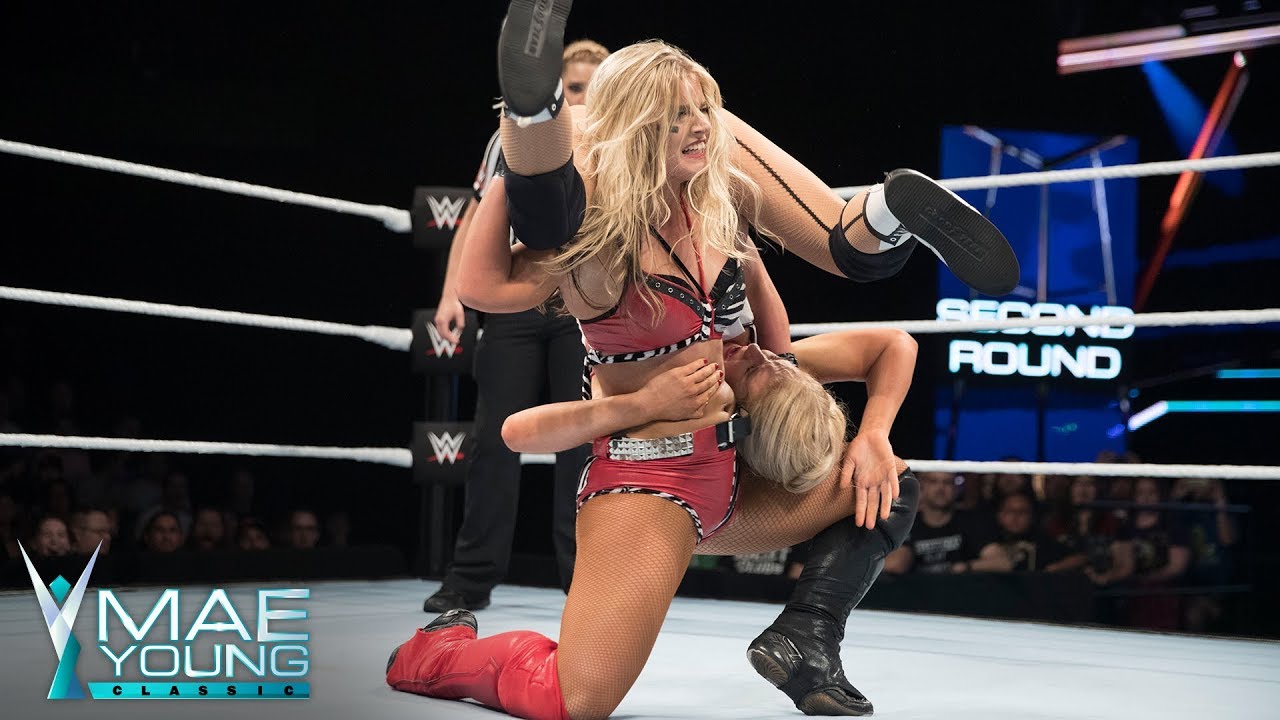 Toni Storm advanced over Ayesha Raymond in a match that never really came together, and while it showed off Storm’s charisma for days, it didn’t really tell us much about her as a competitor. Lacey Evans defeated another relative unknown, Taynara Conti, in the first round in a match where both made a positive impression on me seeing them for the first time.

Storm is the young ball of pure energy, seemingly all impulse behavior and excitable mannerisms. Evans is the All-American girl, disciplined and demure until she gets in the ring. Even though Storm has much more ring experience, the match wasn’t framed in that manner, with both competitors being pushed as evenly matched.

I am trying to work through the gimmick of Lacey Evans. It appears to be an old-school white meat face character, but her mannerisms are often spoiled and petulant. Perhaps she’s a subtle commentary on the American tendency to fetishize military service and turn veterans into archetypes rather than multi-varied individuals. Or maybe she just reminds me a lot of the Debbie character from GLOW. Either way, I don’t think I like her. In time she may get to a place on my list of wrestlers I have a disproportionate level of hate for. (Hey Jimmy Jacobs!)

There’s not a lot going on in this match. Evans is obviously quite athletic, and it is hard to take your eyes off of Toni Storm in a match, but it suffered from a shambolic quality. The wrestling equivalent of sitting next to a pleasant stranger for about 12 blocks on the bus, not anything that changes you or leaves an indelible impression, but certainly isn’t a bad way to pass the time. The movement was crisp throughout, and I could see myself eventually growing to care about Lacey Evans, but for now she has the air of a Create-a-Wrestler. Worth watching, but no need to go out of your way. 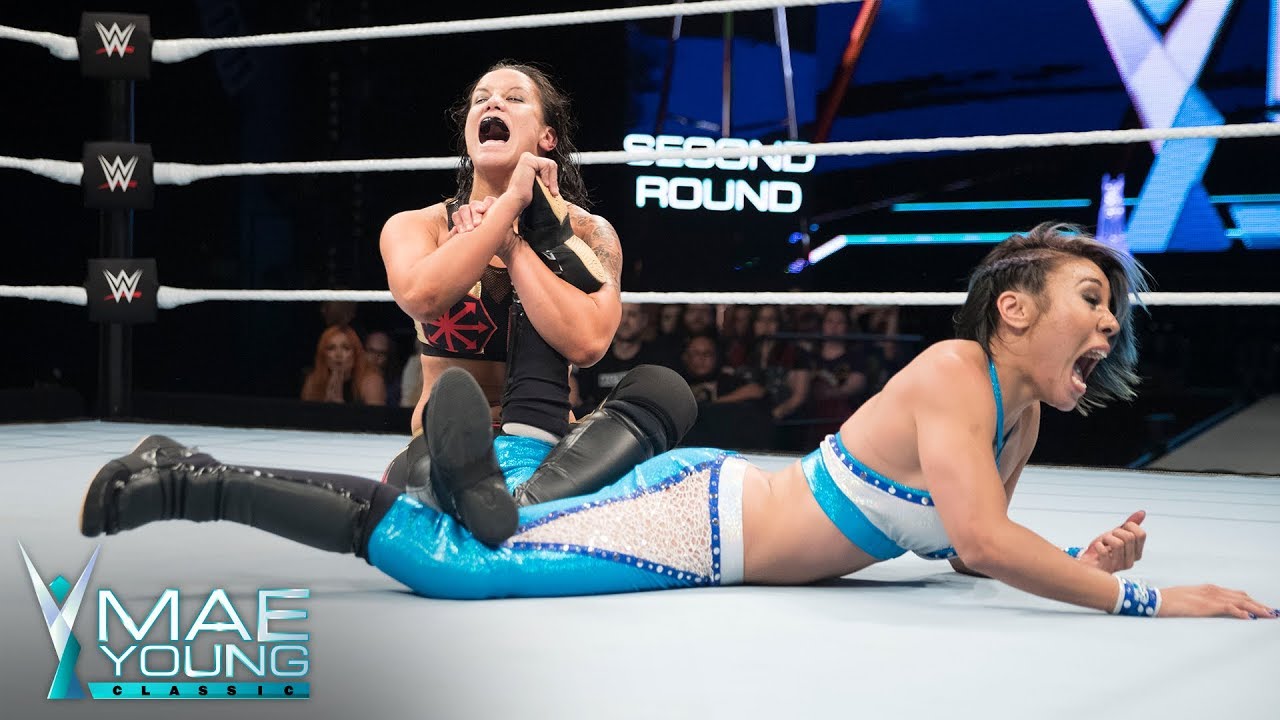 Shayna Baszler took a very short time to wreck Zeda in a round one “battle” of MMA practitioners. Mia Yim had a very solid match in her WWE debut showing, beating Sarah Logan to move forward.

The seeds of Survivor Series were being planted before the match showing both groups of “Horsewomen” in the audience. In case I wasn’t clear on this, both of them can strike really hard, but Baszler seemed to be getting the better of the exchanges until Yim dives off with a very aggressive tope. Baszler showed off some impressive strength by deadlifting Yim into a pair of gutwrench suplexes, but Yim countered with speed and ring awareness by hitting strikes and hooking in the Tarantula.

One of my favorite aspects of watching Baszler is the relentlessness she displays. She continually looked for opportunities to grab submissions, keeping Yim on the defensive and needing to counter time and time again. For a time Yim was up to the challenge, including a nasty looking powerbomb off of a caught kick for a 2.9 count. But at all times the thought was in the back of my mind that even while Yim was maintaining control and pushing the pace at Shayna, it was a very fragile sort of advantage.

To that point, the finish came when Yim’s 450 attempt was caught and immediately transitioned into a rear naked choke/body triangle for the win. When Yim went up to the ropes the match could not possibly go any longer than it did. She would either hit with the most powerful weapon in her arsenal, or she would crash and burn, but even defeat at that point was a more acceptable choice than to continue to live in fear. Given the amount of times I’ve seen Yim in a match where a basic match template is elevated, and really shines as an example of using the form to tell a compelling story, I would like to see what she could create in an environment where the production could match the ideas.

Baszler continues to march, gaining momentum with each victory and looking like a force of nature. Yim comes out of the match having shown WWE viewers what fans of other promotions already knew, that over the last few years she has developed into a top-flight wrestler who can go in the ring with anyone. You want this match. You need this match. 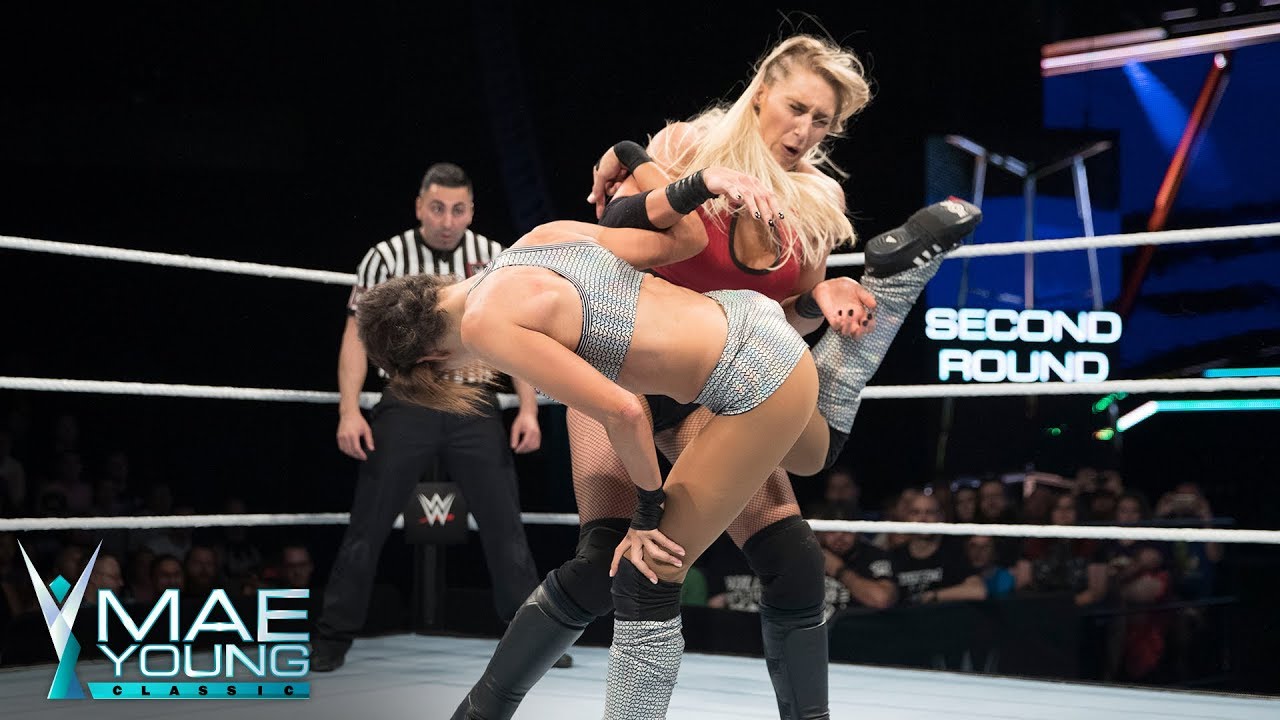 Dakota Kai won her first round match, and presumably the hearts and minds of all good and decent people, by using her speed and guile to best the powerful Kavita Devi. Rhea Ripley had one of the better first round matches on her way to defeating Miranda Salinas to punch her ticket to the Sweet 16.

Two competitors from Down Under(ish) going at it here. Dakota Kai is one of my favorite wrestlers anywhere. The combination of hellacious kicks, frantic energy,  and pitch perfect babyface mannerisms makes her a joy to watch. Speaking of combinations, given Ripley’s size, nationality, and athletic gifts it is hard not to look at her and see a wee baby version of Madison Eagles. The experienced matador vs. the young powerful bull, a tale worthy of Hemingway.

Kai’s kicks (things of beauty they are) held control until one missed attempt led to an apron bomb by Ripley.

I was happy when Ripley went for a full nelson, because more tall wrestlers should use that move against shorter wrestlers. It emphasizes the tallness. Because she refused to fully give herself over to the spirit of Hercules Hernandez and shake Kai around she was punished by losing control of the match momentarily. Never resist the HerculeUrge.

When able to stay at distance Kai was able to do damage, but whenever Ripley was able to get a hold of Kai and slow the pace she was dominant. Her ability to toss Kai around as though she weighed nothing was impressive to watch.

Eventually like a puppy not yet big enough for its paws, or a clown trying to kidnap a child at the beginning of a birthday party, Ripley got ahead of herself, failed to capitalize immediately on an opening, and ended up hanging upside down and having some time to think about her life. Not too much time, as Kai was about to plant her feet into Ripley’s chest. But sometimes a moment is all you need.

Dakota Kai besting two straight giants was a great way to introduce her to the audience. Instantly we know that she’s going to be a player in any match, no matter the opponent. And Rhea Ripley, at just 20 years old, has an entire world of potential. She just barely missed advancing here, and next time she’ll be ready. Do I need to tell you this was a match worth watching? Well fine, I will. Watch this match. #TeamKickForever 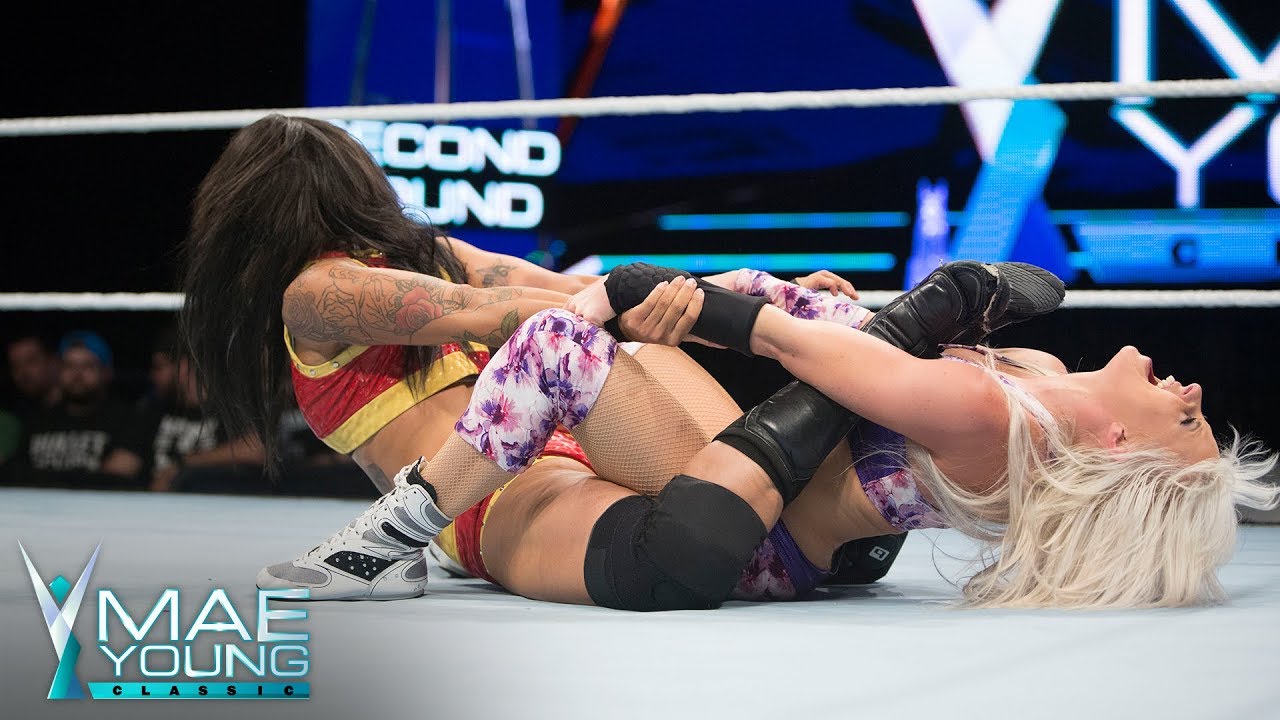 Candace LeRae took Renee Michelle on a wild ride that led LeRae to the second round. Nicole Savoy advanced in a match where she weirdly seemed to be playing the try-hard underdog against a dominant Reina Gonzalez.

In this match Savoy would fall back into her usual role as the suplex-throwing loudmouth, while LeRae tried to make sure she only went in the air of her own volition. Interesting factoid, Savoy has sort of had LeRae’s number the last few years on the indie scene, defeating her in back to back annual tournaments for SHIMMER. Also a factoid, I’ve been on the Nicole Savoy bandwagon since I built it in my garage and took the pilot seat.

Savoy was trying to live up to her “Queen of Suplexes” billing in this match. She threw the whole array of them at Candace, including a really nasty looking back suplex that might have killed a lesser person. But Candace LeRae is a very adorable Terminator, so she kept fighting back.

This crowd really loved LeRae, and Savoy was the perfect foil for her. With each suplex and submission attempt, and each cocky saunter over to LeRae’s fallen form, you could feel the crowd get more desperate for Candace to find a solution.

A recurring theme in this tournament has been using the overeagerness, or overreach of one’s opponent to secure a victory. Once more this pops up as Savoy, who was dominating the match on the mat, brought LeRae up to the top rope for an attempted double arm superplex. This shift in tactics gave LeRae just enough space and recovery time to pull Savoy into Ms. LeRae’s Wild Ride for the pinfall.

LeRae’s victory over a hard hitting, submission loving, cocky asskicker is just the right way to send her along into her next matchup, as we’ll see below. Savoy, still just barely having returned to the ring after a long injury, is already rounding back into form, and I would be very surprised if she doesn’t end up gracing WWE/NXT rings more in the future. Strongly recommended to watch.

By far the strongest episode of the tournament so far. All four matches were good without any need for qualification. Not “good for the time they had” or “good for the tournament.” Just plain good. Things are starting to get on a really positive roll as the Elite Eight are set:

Of those four matches there are none that feel like bad matchups on first glance. And the LeRae v. Baszler and Sane v. Kai matches have NBA player living room ceilings on how good they could be.