The focus here was KUSHIDA and Despy building heat for their upcoming IWGP junior heavyweight title match, but once again Hirai Kawato stole the show.

It’s gotten to the point that Kawato not only steals the show in every match he’s involved in, but now the matches are deliberately structured for him to do so. The formula is simple. The veteran teammates gain the advantage. The spunky young lion demands to be tagged in, to the delight of the fans. Kawato then proceeds to get murdered, costing his team the match. The New Japan dojo has pumped out some great workers over the last five years or so, many advanced well beyond their experience level, but none have exhibited the crowd connection that Kawato has. He may not be an in ring prodigy like Sho Tanaka or Yohei Komatsu, a potential top star like Jay White or Tomoyuki Oka, or possess the physical presence of Katsuya Kitamura, but there is an underdog charm about him reminiscent of Tomoaki Honma that virtually guarantees a certain level of success. **3/4

With his final G1 officially in the rear view, Yuji Nagata now assumes the position of undercard fodder, on this night teaming with his pal Manabu Nakanishi and putting over a contending tag team. His 2016 NEVER run will likely wind up being his final singles push, a storyline designed to help Katsuyori Shibata get over the hump as a main event player with character defining wins over the third generation stars. Nagata proved to be the perfect man for the role, humbling the cocky Shibata and teaching him respect, the last symbolic piece of the puzzle that Shibata needed to finally pay his penance, his final stamp of approval, years after abandoning the company at their low point. Nagata’s most important role now shifts to behind the scenes, preparing the young lions to be the next generation of stars.  **1/2

A neat & tidy win here for the CHAOS side, and at this point in the show everyone seemed content to get in and get out after a long and grueling tour. Makabe continues to languish is booking limbo without his pal Honma. **1/2

He may be the Bullet Club fall guy, but he’s developed a habit of being the hardest working man and standout of their tag bouts, despite being guaranteed to take the loss as the lowest ranked member of the group. This dude works his ass off whether he’s taking the fall in a six man tag, working as G.O.D.’s corner man, or taking the L as Kenny Omega’s tag team partner. Owens has a defined role as the Bullet Club utility player, and instead of sleepwalking through it or pouting until he gets a push, he fills that sometimes thankless role with enthusiasm and top notch effort. He’s the last remaining relic of the NWA relationship, and he’s more than earned his spot. Good on him. **3/4

A tremendous match, right on par or better than the excellent Young Bucks vs RPG Vice series. All four men were excellent here, with the Bucks attacking Ricochet’s knee throughout as the story (including a long double scorpion deathlock spot), Ricochet selling the knee so convincingly that many people on Twitter were concerned he blew it out, and Taguchi, who could easily be a top heavyweight worker if he chose to be, holding the match together as the glue. For the finish, Taguchi broke up the Meltzer Driver with a mid air ass attack to clear Nick out of the way, leading to a Ricochet Shooting Star Press on Matt. One of the better, if not the best, New Japan tags of the year. ****

A few short words and one symbolic bump later, with thousands of shocked fans reduced to tears, we were left to speculate on the vagueness of Katsuyori Shibata’s return to the ring for the first time since Sakura Genesis in what was an incredibly emotional scene.

Cody has done an incredible job marketing himself and getting over as the top indie star in the United States, but the people of Japan give exactly zero fucks about this man. I keep waiting for Hangman Page to show the potential that people talk about, but he continually disappoints and fails to stand out in any way whatsoever either here or in ROH. Give War Machine credit, as they were able to make something out of working with what amounted to two generic dudes who nobody in an otherwise red hot Sumo Hall crowd gave a single shit about. Hanson finally hit his moonsault, a spot War Machine has slowly been building up to, to score the pin on Page. The ROH World champ was booked as mid carder fodder, which speaks volumes on what New Japan thinks of the relationship. ***

Post match, G.O.D. came out to challenge, and Tama Tonga proceeded to cut one of the worst promos you’ll ever hear on a major league show. Killer Elite Squad made their surprise return through the crowd and destroyed everyone, which probably means we’re getting a three way match for the titles.

As teased by G1 results, we’re headed towards Zack Sabre Jr challenging Tanahashi for the IC title, and Elgin vs Suzuki for the NEVER belt. That was the focus here, with Sabre Jr scoring his second submission fall on Tanahashi, serving as bookends on the first and last shows of the tour. Somewhat depressing is the fact that Ibushi was left out of the match building mix, a hint that he might be out of the New Japan picture moving forward, at least for the immediate future or until Wrestle Kingdom. ***1/4

EVIL will get the next crack at Okada’s title based on his huge G1 upset last week, and to set the stage he delivered a post match powerbomb to the champ on a pile of chairs. As for the match itself, this was the usual hot LIJ vs CHAOS affair, highlighted by Ishii being Ishii and Hiromu scoring a submission fall on Gedo using a secondary finish (triangle choke). ***1/4

Hiromu was not booked well on this tour, taking far too many falls, usually as EVIL’s partner. Juniors typically eat falls for their heavyweight stablemates, but in the case of Hiromu, this was a guy who was protected to the extreme between the time he re-debuted with the company in late 2016 until he lost the junior title to KUSHIDA (a booking decision I strongly disagreed with), rarely losing and never dropping the fall when he did.

His long singles undefeated streak between his return and the Best of the Super Junior tournament featured a billed match at Wrestle Kingdom (fourth from the top), multiple semi main events, and never losing falls in tags. It felt like Hiromu, and by proxy the junior division as a whole, was being elevated beyond the usual junior level, with Hiromu carrying a special kind of aura and looking like a future top star, whether as a junior or otherwise, and being protected as such. Over the last three weeks, it was disappointing to see him used as pin eating fodder in prelim tags, no longer carrying that special aura, reduced to the same old booking patterns of the rest of the juniors. I had bought into the idea that the juniors, but especially Hiromu, had been elevated to a new level.

It appears I was wrong, and I feel like a fool for buying in. The reality is, now he’s just another junior in the crowd, who will be heated up come title shot time, left laying and looking at the lights otherwise. And don’t get me started on Daryl, which while over, is firmly a prelim gimmick. I’m not suggesting they’ve killed Hiromu dead, and perhaps I worked myself into a shoot with their long term plans, but it’s hard enough to be a legitimate main event player as a junior, let alone when saddled with a stuffed animal gimmick that simply won’t play at the top of the card in a company like this one. I’m not saying he can’t recover. But now I have serious doubts that they ever saw him as a top line player to begin with, which is a shame, because I genuinely believe he can be.

When it was all said and done, it was the final and the result that we all expected.

It all made too much sense. Omega defeats Okada on the final night of the block to even the score at 1-1-1, and Naito beats Omega to get his win back from a year earlier and move on to face, and likely defeat, Okada at Wrestle Kingdom 12, in the money match that the company has been setting up since keeping the two away from each other for well over a year. It also sets up Omega to potentially face Kota Ibushi in the Dome, which would be the strongest possible combination of top two matches from a drawing perspective that the company could conceivably put together. If the vague nature of Shibata’s surprise appearance leads to an in ring return, a Wrestle Kingdom match against Tanahashi would be a triple main event for the ages.

The match itself was an incredible display of beautiful excess. Omega is the hottest wrestler in the world. Naito is peaking right now in Japan, putting to rest the short sighted argument that they waited to long to pull the trigger on him. Both men have a story to finish with Okada.  They walked right up to the line of too much without ever quite crossing it, with enough story sprinkled in (Omega’s Destino vulnerable neck, set up by a piledriver that was supposed to go through a table but ended up just barely making contact and nearly ending in disaster) to keep things somewhat honest. But they clearly weren’t going for classic psychology beyond. This was meant to be thrilling, dramatic, and utterly insane, and that’s what they delivered.

There is some nitpicking to be had, with the near botch on the table spot, Naito’s sloppy looking Destino’s (that Omega did his best to save by taking wild bumps to cover for the messy execution), and the V-Trigger being such a killer strike that it works against Omega sometimes because it’s hard to understand how it doesn’t finish people off instantly let alone after the second, third, fourth, fifth time, but focusing on those minor gripes feels like hitting the lottery for $100 million and complaining about the taxes.

This was a phenomenal display of drama and athleticism, in a red hot setting, with the highest stakes possible outside of a Wrestle Kingdom main event with the title on the line. The effort level was extraordinary, which has become routine for Omega, the hardest working wrestler on Earth. When you have match this intense, with an atmosphere this special in front of a molten hot crowd, creating this level of drama, it’s easy (and almost your duty) to overlook minor execution flaws. Simply put, this was great. It was the right match between the right guys with the right winner to cap off a fifth straight legendary G1 Climax. ****3/4

A fun, newsworthy show capped off by an all time great G1 Climax final. New Japan is the greatest pro wrestling on the planet, and the run figures to continue for a long time, as they’re set up tremendously for the future. We’re all very lucky to be part of it. This is a special time. Enjoy it. 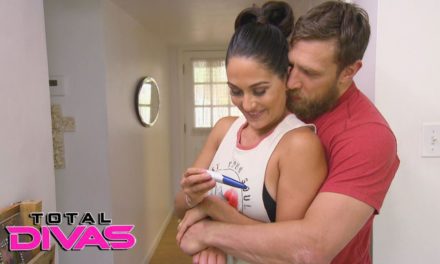 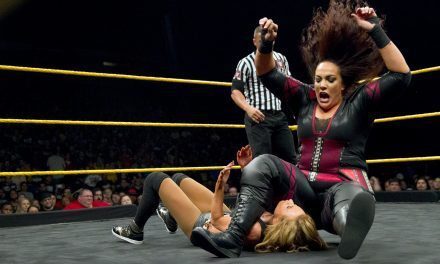