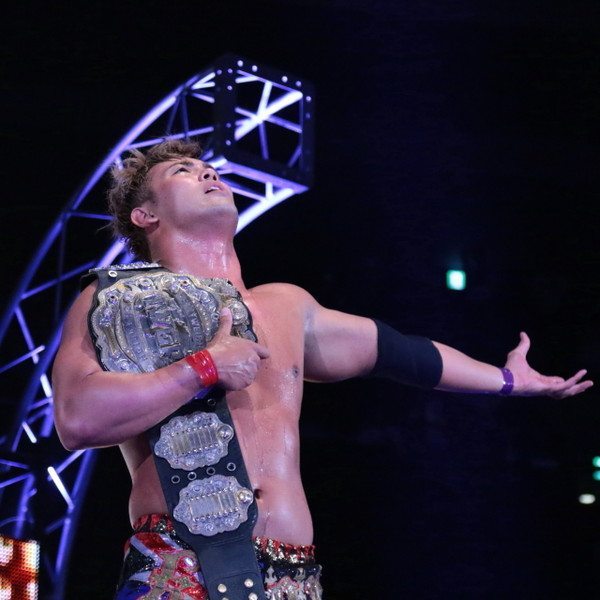 It’s NJPW G1 season, so you know what that means. Luke Harper’s twitter gimmick aside, it’s no surprise that we had more nominated matches this month than any other? In a year when NJPW is having arguably the greatest in-ring year of any company in history, their defining tournament started up and the floodgates of ****+ matches rolled in.

I hate for this month’s list to be so NJPW heavy but…what can you do? PROGRESS has been great, WWE has been…not.

As always, if you want to participate in our Match of the Month process, visit voicesofwrestling.com/forums.

When these two go to war, it’s always enjoyable. I can’t remember a singles match these two have had against each other that wasn’t great. And yes, they use a similar formula each time, but it always feels fresh. This was a strong style clash that was reminiscent of past Never Title matches.

If both these men are directionless following G1, I hope Gedo takes the New Japan Purocast’s idea and links them together to form a hoss tag team. Imagine these two throwing down with War Machine? I’d like to see it.

An international dream match of sorts. Whenever the Stone Pitbull makes his way to another promotion I perk up and pay attention. Here he faced one of his more compelling challengers in Matt Riddle. Riddle has been using more Strong Style tropes in his matches ever since squaring off with Shibata. Sometimes he relies on them too much. Ishii kept him in check here.

This was exactly the war you’d expect it to be. It truly is amazing how good Riddle has become so fast. He’s one of the most exciting American workers out there. And Ishii may be the best in the world.

Trevor Lee’s CWF title reign has been excellent. You can follow the whole story of it up until now on CWF Mid-Atlantic’s YouTube. It’s got an old school vibe but with modern wrestling quality mixed in. While this wasn’t my favorite match of the run (that honor still belongs to Chip Day), when you have an opponent as good as Elgin, on the roll he’s been on, you know you’re going to get something special. This did not disappoint.

Elgin, being a NJPW main eventer, is the most high profile wrestler Lee has defended against in this run. And the match was worked as such, with Elgin being the first man to overpower and outmatch Lee at seemingly every turn. This was the first match where Lee, who in CWF is Superman, looked relatively beatable. CWF is after all a small pond to someone like Elgin, who was in-between the Long Beach shows and his G1 tour at this point.

This match told a great story and Lee bumped around for Elgin’s offense as well as anyone. If you’re not in on Trevor Lee’s reign now, I highly suggest checking these matches out.

My two MVPs of the G1 thus far, it’s no surprise that when they faced each other they would have one of the best matches of the tournament. These two had an amazing Never Title match in 2014 (seriously worth watching if you haven’t) and while this didn’t hit that level, this was excellent nonetheless. Ibushi didn’t fly that much in this match, he went strike for strike, strong style for strong style, against one of the masters of it in Ishii.

An excellent match worth revisiting when discussing the overall quality of this year’s G1.

These two picked their feud up right where they left off. Coming into this match Elgin was 2-1 against Omega. He wrested like he might have Omega’s number as he utilized his power to thwart Omega’s offense at multiple turns. It looked like he might have things wrapped up when he hit an avalanche Splash Mountain Bomb but Omega survived.

These two men had an excellent match, arguably the best of the Long Beach shows (it’s between this and the final). They concluded with a really cool rope running spot that led to the final V Trigger Knee from Omega to seal the deal. This month was so packed with greatness, though I have this at #6 I wouldn’t be surprised if it was a lot of people’s #1.

In a year with so many breakout stars in European wrestling, I consider Walter to be as good as any of them.  I can’t wait for Dave Meltzer to see Walter in BOLA and flip out about how good he is. I’ve said it before, I’ll say it again: He’s Chris Hero now. While the original might not even be on the next Takeover card, Walter has perfected the hoss bully style of wrestling to a tee.

We all know how great Matt Riddle is, and he was here, too. But his strong points were accentuated by Walter at every turn. Just like Walter did against South Pacific Power Trip in January, just like he did against Ilja Dragunov in March…he beat the hell out of Riddle here and made him look like a million bucks in doing so.

Walter is like a giant Tomohiro Ishii, in that he doesn’t have a lot of moves or really even any fancy moves, but he gets so much out of everything he does. His offense looks so good. It’s no wonder why Progress has picked him to lead the Atlas division now. He was the right man to dethrone Riddle. I expect his reign to be a bright spot in the promotion, starting with when I see this rematch when Progress comes to NY on August 12th. I’m giddy.

These two knew the task they were given, and they hit it out of the park. They were tasked with grabbing everyone watching the G1 (including some Americans for the first time) by the front of their shirt and yelling into their face “THIS IS THE G1. PAY ATTENTION TO US NOW.” This is how you kick off a tournament.

The thing about this match, is it was kind of a spotfest. But one of those spot fests where each guy tries to outdo the other by killing him with a crazier move. I tend to enjoy those. There was a lot of great dynamic athletic wrestling to build to those spots, but this match was all about the high spots. The super Reverse Rana. The deadlift German Outside In Superplex is one of my favorite moves in all of wrestling. And what most people will remember most: The Piledriver off the second rope. These guys did some dangerous things but man it was compelling.

Within the same month these two men produced nigh equally incredible matches, which felt distinct from each other and concluded differently from each other. I prefer this match to their Long Beach one mostly because of the great surprise finish. I loved how Omega was such a big deal that it took Elgin killing him with two vicious Dr. Death style backdrop drivers and then his super finishing move the Burning Hammer to put the IWGP U.S. champ away.

Omega rag dolls for Elgin’s hoss offense better than anybody except for maybe Tetsuya Naito. The dynamic they create together is so perfect. I can’t wait for their inevitable U.S. title match.

The final chapter of this beautiful trilogy. In a year without Kazuchika Okada this series of matches would go down as the best this year had to offer. And what I also love about them, is they were all different. Their first encounter was their first meeting, and they felt each other out. They wrestled conservatively. Their second meeting was a collision, I gave it 5 stars for the pure brutality and dynamic offensive onslaughts.

This was a culmination of the two. It melded great counter wrestling and dynamic offensive bursts. And they threw in some sick high spots as well, including a dragon suplex through a table that will go down as what this match is remembered by.

Tomohiro Ishii is my favorite wrestler. He does everything so well. Kenny Omega was the most popular man on these shows, and the moment when Ishii bit down on that rope to prevent the dragon suplex, the crowd erupted for him. And he had supporters all the way through the finish.

One thing I noticed upon rewatching this with a friend, Ishii is selling his arm throughout the match. He’s selling the damage Zack Sabre Jr. did to him earlier in the night. What a pro.

We saw both men use each other’s finishers. Omega bumping for Ishii’s lariats is a thing of beauty. We saw about a dozen V Trigger knees from Omega, with the story being that Ishii wouldn’t stay down. The back and forth these two had was tremendous, and had about as good a closing stretch as you’ll see all year.

While I think the top six matches are all worthy of being people’s #1, my choice for this month goes to this classic G1 encounter. These two men had met before but they had never had anything resembling this high level of a match. Though Elgin hasn’t been the winningest wrestler in this tournament, he’d been positioned as a guy who was prepared to take on the challenge of the top guys.

There’s no babyface in NJPW with the power moveset of Elgin. The crowd reacts strongly to his feats of strength, one of which included catching Okada as he went for his flying crossbody over the guardrail. He then slammed Okada onto the outside mats, disposing the invincible champion like garbage.

The fans have been conditioned to recognize the rotating powerbomb as Elgin’s finish, so what Elgin has cleverly done is incorporate other powerbomb variations to his arsenal, all of which create exciting nearfalls. Whether it’s the Splash Mountain Bomb or the Rainmaker reversal into the Pop Up Liger Bomb, this match had me popping huge for each nearfall Elgin got.

Okada, brilliant as usual, kicked out at 2.99 multiple times, contributing to the atmosphere as well. Both men went counter for counter, and it truly felt like on this day Elgin had studied enough of Okada’s offense to know how to overcome his Rainmaker sequences.

But he didn’t quite get there, as Okada slipped out of a powerbomb attempt and smoothly countered into a Tombstone Piledriver. After everything Elgin had endured he did not have anything left with which to reverse the final Rainmaker. A truly brilliant match, from start to finish. Elgin is having a banner year, between his 5 star match with Naito and having 4 of my 10 favorite matches in July, including two G1 standouts, NJPW would be smart to keep and push this man. 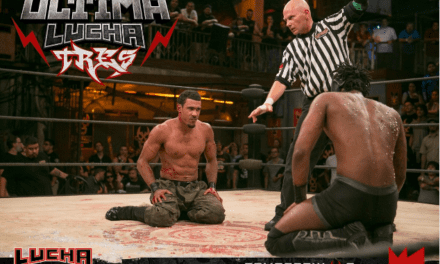