Juice Robinson is going to be a mummy by the time this tournament is over. After having his leg worked over by Minoru Suzuki, Juice has heavily taped up his knee, not only protecting it, but also making it a target for his opponents. Tama Tonga didn’t go after the injury until he absolutely had to. Juice started gaining momentum in the match and Tonga pulled the rug out from under him with a chop block to the knee. Juice’s selling is fantastic. He’s not screaming out in pain, but his subtle actions constantly let you know that he’s working hurt. Recently, Okada said in an interview that she sees Juice as a heavy factor in the future of New Japan and I’m inclined to agree. Juice always gives it his all and has become a guy whose matches I always look forward to. Tama is no slouch himself and put in a good showing here at well, eventually picking up the win with the Gun Stun. While it does take two wrestlers to put on a good match, Juice was far and away the star here, receiving a great ovation from the crowd even in loss. I really hope that the people in charge see that that have something in this guy. ***1/4

This was the best Yano match in this tournament yet. The master trickster tried his usual gags, but SANADA was having none of it, outfoxing Yano at every turn. I feel like it’s an underrated aspect of Yano’s tournament matches how they’re most often worked like a sprint. While you aren’t getting the barrage of moves you would typically expect from a sprint, the Yano matches move at a surprisingly fast pace and this one was no different. Yano attempted to use the tape around the legs trick he had used against Omega, but SANADA may have convinced him not to try it again. The first time Yano grabbed a roll of tape, SANADA took it from him and tossed it into the crowd like it was a streamer. When Yano found a second roll under the ring, that led us to the end of the match. Yano again tried to tape SANADA’s legs, but the attempt was blocked and SANADA dragged Yano up the ramp. Once they were a sufficient distance away, SANADA taped one of Yano’s arms to one of his legs and placed him in the Paradise Lock. SANADA casually strolled his way back to the ring and Yano was counted out. While I normally hate the Paradise Lock, this was a brilliant way to end the match. I love that now wrestlers come into the Yano match expecting the trickery and find ways to deal with it instead of being surprised every time. Both men made this a super fun match that is well worth your time. ***

This hard hitting match saw the embodiment of everything that is EVIL get a huge win over the avatar of violence that is Minoru Suzuki. The match itself was solid, but my favorite thing about it may have been the friendship on display between the members of LIJ. Nothing bothers me more than when a wrestler is being beaten down in the ring and no one come to save them. When EVIL was being attacked by Desperado and Taichi, I was very happy to see BUSHI and Hiromu run through the curtain to make the save for their friend and battle the Suzuki-gun members to the back. The restoration of order allowed EVIL to put Suzuki away with EVIL and move himself into second place in the block. While this wasn’t the best match of either man this tournament, I enjoyed it quite a bit. The interference might take some people out of the match, but for me it played an integral role. ***½

In case you forgot, Okada can be kind of a dick sometimes. This match was here to remind you of that. From the instant this match began, even before actually, the crowd was solidly behind Kojima. After the bell rang, Okada mockingly joined in on the “KO-JI-MA” chants and then kicked the veteran in the gut, setting the tone for the match. This was different from every other Okada match I’ve seen in recent memory because, much like Tanahashi did in his classic with Nagata, Okada was able to see that the crowd was not going to be behind him at all and changed up his match in the fly. The fans wanted Kojima to win so badly and there were a few times that I thought that was going to happen. Kojima managed to counter the Rainmaker with a devastating lariat of his own that I’m still shocked wasn’t the match ended. While Kojima may not have any points right now, he fights like a man that’s going for the top spot. Even though he gave his best effort, it wasn’t enough here as Kojima was defeated with the Rainmaker. Awesome match that is a must watch for Kojima fans. ****1/4

I don’t know about anyone else reading this, but I was shocked at this result. It had seemed as if Okada and Omega were both going to run the table leading into their match on the final night of B Block action, but here we saw a bit of an upset from Big Mike. In the past, we’ve seems these two put on great matches and this was no different. These two men threw everything they had at each other. Some might say it was too much and I might actually agree, but even then, it still all worked. Elgin clearly wants that US belt and this match sent a message to Omega that he can take it whenever he wants. Kenny took one hell of a beating in this match, taking tons of powerbombs and a killer looking suplex on the ring apron, but he just kept kicking out. Even though Omega refused to stay down, Elgin didn’t panic and stayed the course. Eventually one of the powerbombs did the trick and Elgin went home with two more points. These two men set out to put on a great match and that is exactly what they did. ****½

Today we were five for five when it came to matches with good storytelling. This was by far my favorite B Block show thus far and was a really easy watch. None of the matches overstayed their welcome and they were all interesting throughout. There was a little bit of everything when it came to the style of matches we got, adding a nice variety to an already solid list of accolades. If you’re looking for highlights, the top two matches will be the must see matches picks of the night, but I would advise to watch all five. While it wasn’t an all time great show, it was well worth your time. 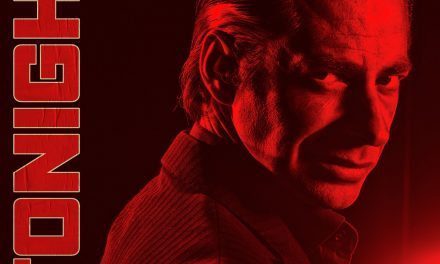