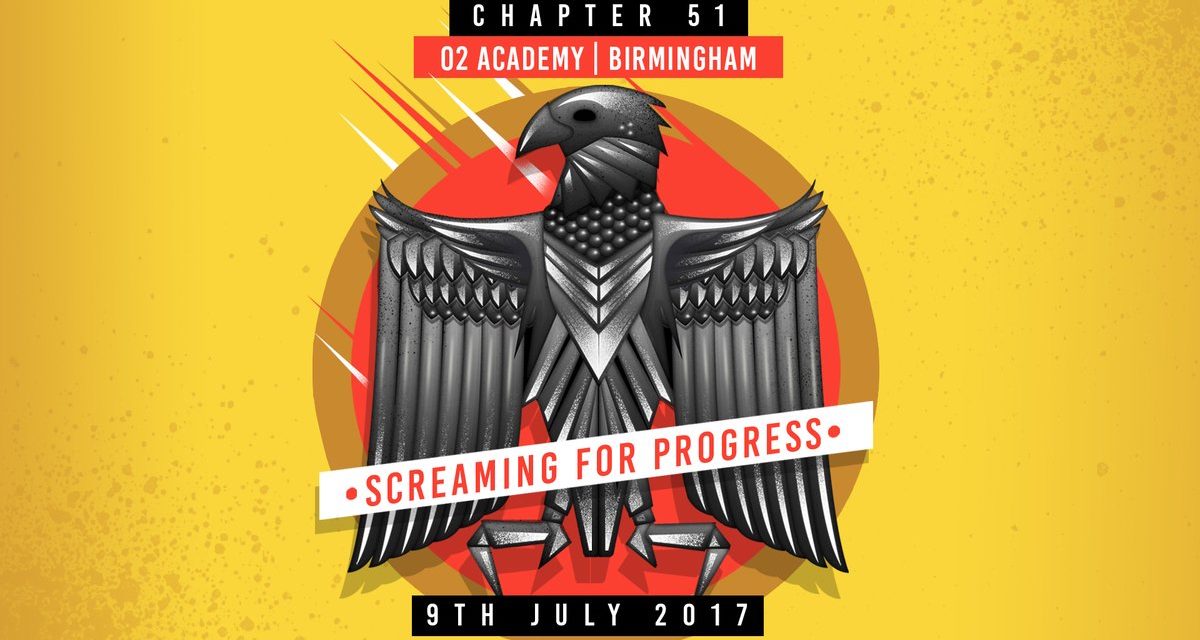 PROGRESS returned to Birmingham with a stacked line up for Chapter 51: Screaming for Progress, featuring an unmissable Atlas Championship match between Matt Riddle and #1 contender WALTER, the third meeting of the London Riots and War Machine and a main event pitting all three members of CCK against current PROGRESS World Champion Pete Dunne and former tag team champions Tyler Bate and Trent Seven, collectively known as British Strong Style for the tag team championships.

Mark Haskins taking on Mike Bird, who was making his only his second chapter show appearance in PROGRESS, was one of the matches I was most looking forward to seeing on this show. I was not disappointed. Bird isn’t somebody I am overly familiar with but I enjoy his style; it’s similar to Haskins’ in that everything he does looks like it hurts. The strike exchanges between these two would not have looked out of place in a G1 match.

Throughout the match there was a sense that everything had to be earned and even applying a simple submission was a grind as neither man would give an inch. After a pair of superkicks Haskins was able to catch Bird with his body scissors roll through into the sharpshooter for the hard fought, well earned tap out victory. ***1/2

Fresh off the back of some mainstream publicity for his decision to give up his job as a teacher and become a full time wrestler, Eddie Dennis looked impressive defeating “The Hip Star” Ashmore who was making his first PROGRESS appearance since Chapter 24. Eddie is already pretty damn good so becoming a full time wrestler can only mean great things lie ahead for the Pride of Wales. Ashmore impressed with his athleticism and for a big guy he is not afraid to fly. A missed spiral tap by Ashmore lead to the end as Dennis put him away with the Next Stop Driver. ***

It’s hard to believe that it took 51 Chapters for Jigsaw to finally appear in PROGRESS, but it was worth the wait. This match had it all, technical wrestling to start, some ringside brawling in the middle and then a hot finishing stretch as Havoc picked up the W following a Canadian destroyer and his Acid Rainmaker lariat. While Jigsaw had the edge in the early going, Havoc got the better of things once the action spilled outside of the ring even though he missed a running boot while Jigsaw was seated in the front row and Jimmy ended up six rows back. Once the action returned to the ring and the pace quickened both men shone with Havoc hitting a beautiful double rotation tornado DDT from the corner while Jigsaw tried twice unsuccessfully to land his trademark Jig’n’Tonic. ***1/2

This was the third meeting of these two teams in PROGRESS and this is becoming quite the storied rivalry. Before the match began both teams agreed to throw the rulebook out and it was made a tornado tag team match. If you have seen the previous two matches between these teams at Chapters 33 & 34 then you can probably guess how this one went. Hanson and Rowe are in my humble opinion the best tag team in the world right now and this match would definitely help people believe that. Men of their size should not move with such speed and their strength as demonstrated by Rowe powerbombing Davis while also slamming Lynch at the same time is mightily impressive too. However, Hanson doing a handspring elbow was unbelievable and brought the crowd to their feet.

The Riots more than held their own with Lynch in particular impressing; the Riots are at their best when using some of their great double team moves to put down their opponents. War Machine were able to survive the Riots’ best shots as both the District Line powerbomb and the pop up spear were not enough to keep down the IWGP Tag Team champions. War Machine were finally able to defeat the Riots at the third time of asking as Fallout was enough to put Lynch down for the three count. ****1/4

As a rule I try not to curse when writing show reviews but HOLY FUCKING SHIT this match!

This match began with a chop exchange that within sixty seconds had Matt Riddle’s chest a disgustingly deep shade of red and the match just escalated from there on. WALTER was an absolute beast and while this was not a squash, WALTER was the more dominant man for the majority of the match. He punished Riddle with chops, suplexes, powerbombs and at one point he connected with the sickest ankle kick I have ever seen in a wrestling ring. Riddle did have his moments in the match and was able to showcase his phenomenal strength by deadlifting WALTER with gutwrench suplexes, a couple of German suplexes and even scoring with the fishermans buster, but the Austrian ring general was not to be denied as he captured the Atlas Championship when Riddle was forced to tap out to WALTER’s sleeper hold. ****1/2

If I had to use one phrase to describe this match it would simply be, no funnnaaaaahhhhh. Deputy Dunne said he came back to PROGRESS to eliminate all of the fun and showed in this one that he is not afraid to break the rules to get that job done. Flash wanted revenge after he was attacked by Dunne at Chapter 50 but it wasn’t to be for the Modfather as while Flash had Dunne trapped in the Strangler, Dunne pulled referee Joel Allen on top of Webster forcing him to break the hold. While the referees back was turned Dunne kicked Flash below the belt and hit the draping DDT for the win. **3/4

I loved this match. I loved everything about it. I even loved the unpopular finish when Pete Dunne hit Kid Lykos with the sledgehammer just when it looked like Lykos had the match won for CCK after a top rope brainbustaahhh. This match and in particular the finish is going to be divisive and some people will straight up hate it, but CCK were made to look the better team throughout this match and I am sure when CCK do eventually topple BSS that all of the PROGRESS Ultras will rejoice all the more.

The first portion of the match was all about BSS isolating Lykos and honing in on the smallest member of CCK. Once Lykos made the tag to Travis Banks however the match kicked up 3 gears. The action was non stop and breathtaking. All six men had moments to shine with Brookes and Lykos standing out thanks to all of their sick fucking tag moves™. A Trent Seven middle rope piledriver on Brookes had me thinking the match was over as well as when Brookes fell victim to a Tyler Driver 97 followed by the Bitter End from Dunne, but Travis Banks was able to push Seven onto Dunne to break the pin. Kid Lykos was taken out briefly by a BSS version of an IndieTaker as Bate soared over the top rope with a plancha to assist Pete Dunne tombstoning Lykos on a chair at ringside. Just phenomenal performances from all six men in the match. ****1/4

I think a lot of peoples enjoyment of this Screaming for Progress show will ultimately come down to how they feel about the main event. For me this show was can’t miss with Haskins-Bird, London Riots-War Machine and the two title matches all delivering in ring. WALTER as Atlas champion is a fresh new direction and opens up the possibility of countless new matches within the Atlas division. BSS regaining the tag titles so soon after losing them is sure to piss off some people but in the big picture I think this will be seen as a momentary slip by CCK and maybe even the last great night for British Strong Style. 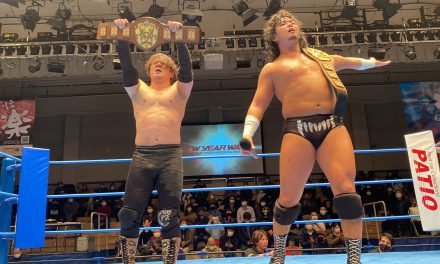