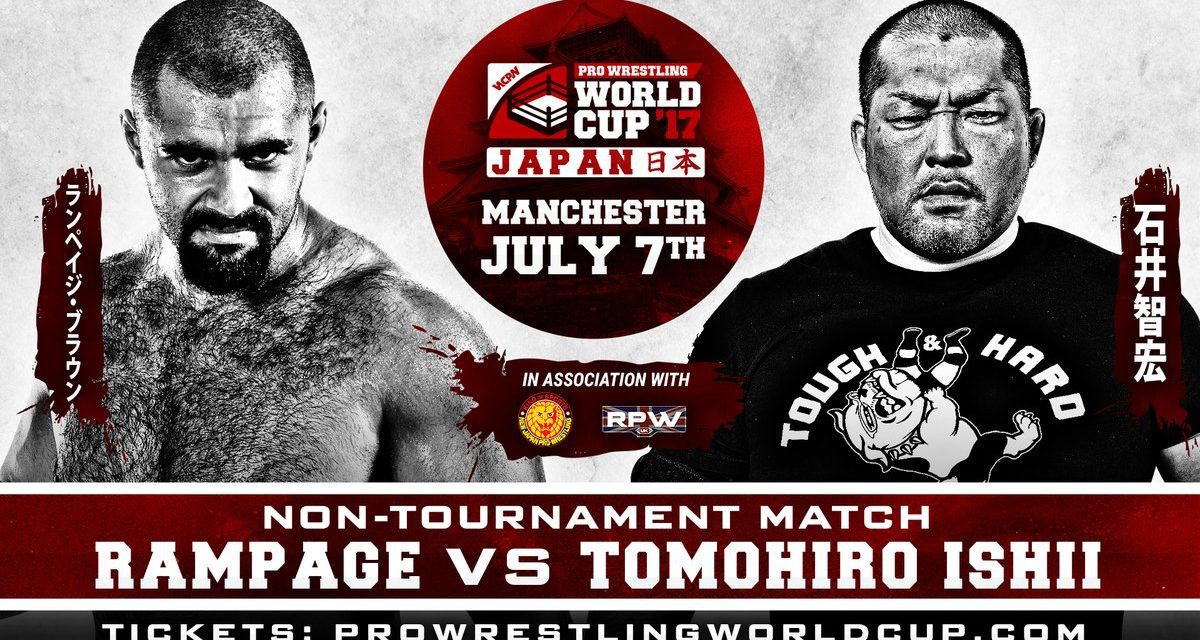 A week after the German qualifier for the Pro Wrestling World Cup, WCPW returned to Manchester for the Japanese leg of the tournament. WCPW utilized their working relationship with RPW to bring in eight of NJPW’s juniors to compete in this tournament in conjunction with the British J Cup.

Unlike the rest of the qualifiers all but one of the non-tournament matches (including O’Reilly vs. Scurll and War Machine vs. Swords of Essex) aren’t airing here, but we are getting Rampage versus Ishii on top of the six great junior heavyweight tournament matches so there’s still plenty to enjoy for sure.

Dave Bradshaw was joined by James R. Kennedy for commentary. No Striker or Shane, yay! 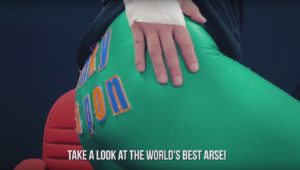 We were treated to the above screenshot during the pre-match package. This was very much a greatest hits match for both guys; Liger is in his fifties and had to go and win the British J Cup the next day so I’m sure we can let them off for not going all out. The crowd was into it though, and for what it was it was good. Taguchi grabbed the win with a quick la magistral. ***

This was pretty much all the Hiromu Takahashi show, with Komatsu providing a solid, albeit somewhat bland, base for the ticking timebomb’s antics. It was a rare Hiromu singles match where he didn’t nearly kill himself in some wild way, but he was over enough with the Manchester crowd that he didn’t need to. Takahashi advanced in fairly swift fashion with his Timebomb finisher. ***1/4

Considering the two guys involved I thought this was surprisingly solid. Tiger Mask looked more in the zone than usual, and in general these two meshed pretty well together. James R. Kennedy made the point on commentary that BUSHI was the only guy the entire night that had the crowd booing him, and it lead to them getting behind Tiger Mask too. That support wasn’t enough though, as BUSHI’s MX diving double knee facebuster lead to him moving onto the second round. ***

KUSHIDA was really generous in this one, giving Tanaka a lot of offense. Tanaka looked good in the spot, with all his offense being real crisp and in general not looking too out of place against the champ. He’s really bulked up over his excursion, and as such this match was built around Tanaka being KUSHIDA’s physical superior but unable to hang with KUSHIDA’s nous and technique. KUSHIDA advanced to the second round with the Back to the Future small package driver. ***1/2

This was nothing close to their singles title match from earlier this year at NJPW’s anniversary show, but it was a fun match and the crowd were really into it. Like in their first round matches they both relied heavily on their comedy spots to get the crowd involved, as opposed to your traditional indie workrate, although there were some really good stretches where Taguchi incessantly went after Hiromu’s leg. That didn’t prove enough though, as Taguchi fell victim to a victory roll, which meant Hiromu Takahashi was the 11th wrestler to get through the the third round of the world cup. ***1/4

If you’ve seen any of KUSHIDA and BUSHI’s matches over the last year or two then you’ll have a good idea of what this was. Good wrestling, pretty much a given with the caliber of these two, but ridden with ref bumps, low blows, mist and general over-bookedness. Again, the crowd were into it, but for me that style of match is played out between these two and I’d love to see them just go out their and wrestle the best match in them. You’d have thought this occassion, isolated from any NJPW stories and need for interference, would have been a good place for that but alas no. In the end KUSHIDA moved on to the third round to join Hiromu as the Japanese representatives. ***1/2

My biggest complaint about this match, and it is going to sound overly picky but bear with me, was that Rampage’s forearms were really weak. It sounds like a minor complaint I realise, but when the whole first half of the match is built around forearm exchanges having half of them look actively bad is going to bring the match down a peg or two. Ishii’s matches live and die by their hard hitting intensity, and for the whole first half it was lacking for that reason.

It picked up in the second half though, because when Rampage moved from forearms to lariats and big boots his offense looked twenty times better. From there we got your typical Ishii match, which somehow grabs me every single time despite them typically sticking fairly close to a formula, but it was tainted by a lacklustre first half. A good match, but somewhat disappointing. Ishii picked up the win in the end with a brainbuster. ***1/2

Looking at the card for this Pro Wrestling World Cup show on paper ahead of time I thought this might finally be the Pro Wrestling World Cup show that had a chance to knock it out of the park; I love the concept but it has yet to result in a truly great show yet with the possible exception of the Canada show. Sadly though, that was not to be. The floor was pretty high for everything, but nothing really stood out as great. This was a consistent show, but I will remember very little from it come a months time.

One thing I did want to note though was how nice it was to watch a WCPW show without having to suffer through the commentary of a Matt Striker or an Alex Shane. I thought James R. Kennedy did a really solid job, and that was with him admittedly having very little product knowledge of NJPW. You’d imagine he’d do even better on a regular WCPW show with guys he is far more familiar with. I’d definitely support the idea of Bradshaw and Kennedy being WCPW’s commentary team full time. 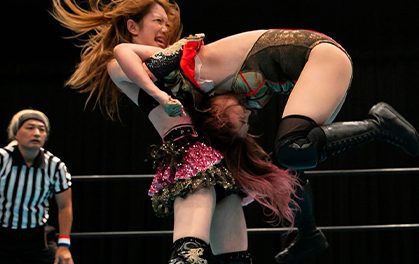