They aired clipped versions of contract signings for all the key Slammiversary matches. It was hard to get a feel for any of the performances because of how cut up they were and the needlessly goofy music that was played over them. It was designed to accentuate the drama but only served to undercut it. Storm and EC3 seemed like the clear standouts. All the vital Slammiversary matches have really solid story support though. An eight man tag featuring the headline Slammiversary matches was made for the main event.

They aired a great video package for Dutt vs. Low Ki before the match. This was a super enjoyable TV match. It was your usual formula tag but there was more than enough talent in the ring to make that work. Sydal pinned Lee with a Shooting Star again, likely reinforcing him as the next top contender post-Slammiversary. I’m looking forward to Dutt vs. Low Ki in 2 out of 3 Falls at Slammiversary. That has a chance to live up to X-Division title matches of old. ***

The Mumbai Cats are an old Ring Ka King act, so this is an Impact vs. Ring Ka King dream match. Once again they played a strong video package for the Williams and Moose vs. Drake and Adonis match before the match. Squash. *

Spud finally admitted that he did in fact mean to pull ‘Swoggle’s pants down. Spud then also pulled the referee’s pants down which resulted in the referee helping ‘Swoggle hit a Doomsday Device after also pulling Spud’s pants down. ‘Swoggle won with a Celtic Cross off the apron through the table. Relatively harmless comedy. I really hope they pivot Spud out of the comic relief role because he can contribute so much more to this show. Is it weird that I was hoping this would be a grittier grudge match? Or at least a mad WeeLC style romp. *1/2

Simple enjoyable six person tag where Rosemary (and to a lesser degree Allie) was far and away the biggest star of the match. I’m glad none of the KM, Sutter, Shera stuff has made it onto Slammiversary. **1/2

The “throw everybody in the major PPV matches into one main event” is a classic old Jarrett booking trope and honestly I love it. The heel team destroyed Shera before the match. His partner’s clearly didn’t care much because they took a good five minutes to come out. Poor lad was just having four guys beat the hell out of him for an age. Shera was taken to the back so the match started 3 on 4. Edwards and Storm made brief comebacks before Shera reemerged and ran wild. El Patron then put away Kongo Kong with the corner double stomp. Fun main event, the highlight being Shera looking surprisingly good making the big comeback. **3/4

A pretty solid go home show for Slammiversary. While it lacked that one big punch to hard sell the PPV, each of the important PPV matches got time and thankfully most of the strong video packages they produced for the preview show made TV. Slammiversary looks like a varied and interesting card on paper. Hopefully it can help create some momentum for Impact. 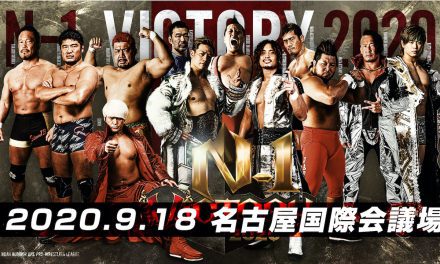