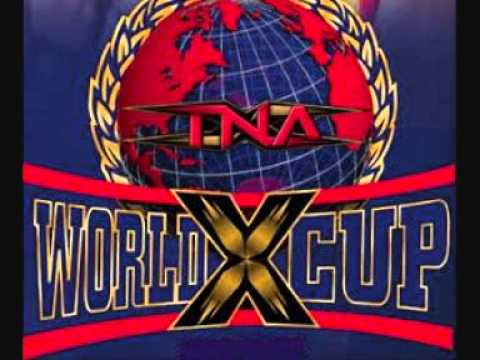 One of the great wonders of the early days of TNA was the utterly random people who would show up.

Back in the Weekly PPV Asylum days one of the bigger hooks every week was TNA’s “surprise of the week” – where somebody usually with a little name value would show up for a week or two, usually kick off a storyline of some sort and entirely disappear. It was chaotic and fun.

That combined with their propensity to drastically overdo something that gained some traction—TNA once did five ladder matches in three months because people liked one of them—resulted in TNA doing a tonne of international tournaments in their earlier years.

Long before there was the Cruiserweight Classic, TNA would fly in wrestlers from all over the planet to compete in a variety of different contests for global supremacy.

There was the America’s X-Cup, which involved one team defending their crown against a group from another countr, the Super X-Cup, a knockout singles tournament and the World X-Cup, where four groups would face off usually over the period of a month.

Those tournaments helped TNA offer something different to WWE at the time. A variety of wrestlers from all over the world working different styles came together to help deliver something unique.

Not only did TNA bring over some interesting wrestlers—they created a global coalition that gave us interesting matches, enhanced TNA’s core roster and exposed a whole new audience to wrestlers who were otherwise isolated in other regions.

What better way to celebrate TNA Week than take a look back at those glorious tournaments of old and some of the wacky and wonderful faces that have appeared in them over the the years. I’m going to leave out some of the One Night Only international tournaments because they once included Aces and 8s as a competing nation and I’m still waiting to hear back from the UN as to whether they count as a country.

The Super X-Cup was a one-night tournament, notable for the brilliance of Juventud Guerrera, who delivered an utterly mad spotfest vs. Teddy Hart before having a gripping final with an emerging Chris Sabin.

Juvi would participate in other X-Cup tournaments but wouldn’t be long for TNA. This tournament however showed every bit of why he was one of the best cruiserweights of his generation, who still had a bunch left to offer in 2003.

The Super X-Cup would return in 2005 during a strange time in TNA history. Impact was dropped by Fox Sports Network and TNA was airing Impact over the internet for the summer before they landed on Spike TV.

The Super X-Cup would return that summer, less notable for a variety of international participants (Shocker was the only non-TNA full time guy to work in the tournament, though he was somewhat a regular at the time too) this edition of the Super X-Cup was remarkable for one simple reason: Samoa Joe.

Joe had debuted two months prior and this was his true moment of emergence. The final vs. AJ Styles at Sacrifice was one of the best, most brutal matches in TNA history, cementing Samoa Joe as the shining star of the company for the two years that would follow.

The direct follow up to the original Super X-Cup, America’s X-Cup essentially established the X-Cup as a title within the company.

They would successfully defend the trophy against Team Canada featuring Petey Williams, Teddy Hart, Johnny Devine and noted non-Canadian Jack Evans. Apparently, TNA couldn’t find a single other suitable Canadian wrestler from a country of 35 million people. Evans is billed from Washington state though, so I guess that’s close enough to Canada.

Team Mexico would also smash Team UK (featuring Dean Allmark, Frankie Sloan, Robbie Dynamite and James Mason) in their final defense of the America’s X-Cup before it was discontinued in favour of the World X-Cup. It was interesting to see how the UK team was treated as an utter joke considering the influence the UK scene has on wrestling as a whole in 2017.

The America’s X-Cup was an interesting twist on the formula—creating a continuity across the different X-Cup competitions and incorporating the international teams into the overall product. Availability of talent likely tanked the idea as a long term prospect but it produced some interesting encounters nonetheless.

The big one, the X-Cup competition that stuck (at least until 2008) – the World X-Cup was one of the most exciting parts of the early years of TNA. First launched in 2004, Team Japan joined Mexico, the USA and Canada in a battle for intercontinental dominance. Japan consisted of NOSAWA, Ryuji Hijikata, Mitsu Hirai Jr and perhaps most notably a pre-Suzuki-gun Taichi Ishikari (who was an absolute baby here and looked to have very little interest in participating in a ladder match).

The 2006 World X-Cup was most interesting for the inclusion of New Japan Pro Wrestling talent.

Hirooki Goto (impossible to even think of as a junior in 2017), Jushin Thunder Liger, Minoru Tanaka and Black Tiger (Rocky Romero under the mask, marking the only times Romero competed in a TNA ring). While aside from an extremely inventive six-man tag at Lockdown that year they didn’t really get the most from that group of talent.

The only other notable participant that year (except current Sin Cara then under his Incognito name) was US-born TJ Perkins who despite Filipino descent competed for Team Mexico under his Puma guise. Puma would then compete for Team Japan in 2008 so it would appear he both has no loyalties and is eligible to compete for any nation he likes in these international tournaments.

Canada were booted in 2008 in favour of the vaguely named Team International (which consisted of Daivari, Alex Koslov, Doug Williams and Tyson Dux). The most exciting collection of talent was probably on display in 2008 as Team Japan featured Dragon Gate aces Naruki Doi and Masato Yoshino (who had a killer TV sprint vs. The Motor City Machine Guns) as well as Milano Collection AT and his imaginary dog. Team Mexico had Rey Bucanero, Volador Jr, Último Guerrero and Averno. This produced a bunch of interesting combinations that would likely have never happened otherwise such as a Doi 7 Yoshino vs. Guerrero & Bucanero match.

Most notably, however, was the 12-man Gauntlet match at Victory Road 2008 which was a dazzling showcase of the variety and international flavour that the X-Cup tournaments brought to TNA. Team Mexico would claim the World X-Cup mantel in 2008 and for all intends and purpose have held onto it since.

What’s old is new again in Impact Wrestling in 2017.

With working relationships with Pro Wrestling NOAH, AAA, The Crash and potentially ITV’s World of Sport, it would seem the time is right for Impact to resurrect the World X-Cup format.

The available talent would make for a superb tournament that could finally live up to the X-Cup concept and marathon tapings would make it more feasible logistically.

When looking back on TNA history, the international X-Cup concept should be looked back on as one of their more novel ideas—bringing different styles and cultures together in a celebration of wrestling worldwide. 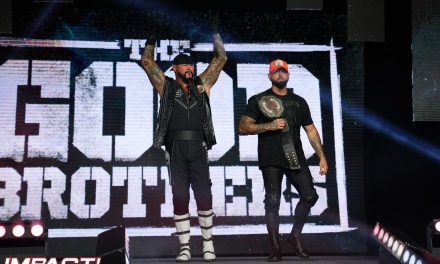