Where It All Began: Why Bray Wyatt’s Origin Story Must Be Told 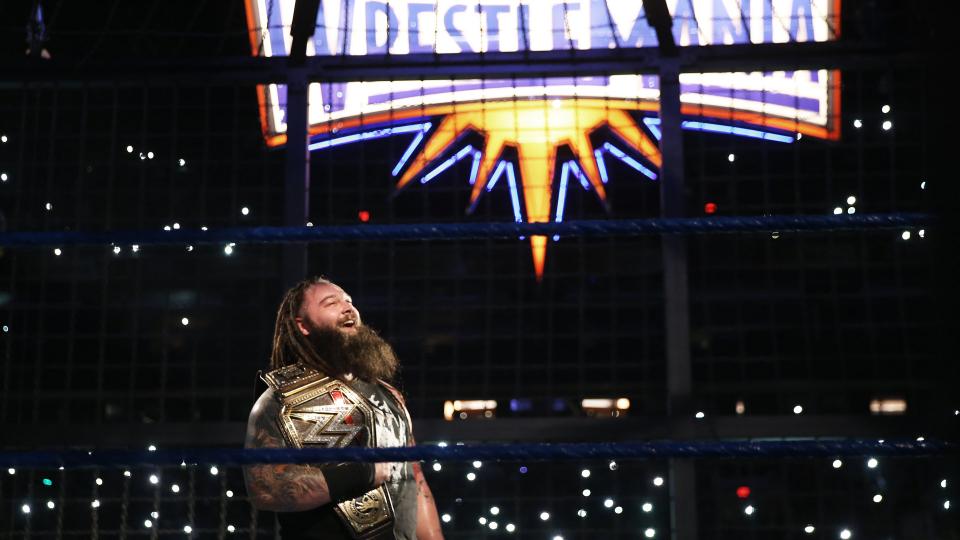 “When I was younger
I was hard to hold
Seem like I’s always goin’
Whichever way the wind was blowin’
Now that travelin’ feelin’
Calls me again
Callin’ me back where it all begins.”

In the world of fiction, the origin story of a character is an essential part of why certain characters resonate while others fade away. Certain mediums handle this better than others. Comic books, for example, are filled with classic origin tales. From the radioactive spider that bit Peter Parker to the fateful night Bruce Wayne’s parents were murdered to various misadventures with radioactive materials, classic comic book characters endure in large part because of their genesis tales.

Other mediums have struggled to create comparable backstories for their characters. Over twenty years passed from the first appearance of Darth Vader and George Lucas’ retroactive attempt to explain where Anakin Skywalker went wrong. The failure to tell the tale initially left Lucas with the difficult task of changing who a classic character was to match the tale he chose to tell. Other movies have tried the prequel approach to storytelling and few have done so in a uniformly successful manner.

Pro wrestling straddles the line between fact and fiction. This can be a blessing and a curse. In today’s age of social media and greater interaction between fans and wrestlers, playing off a wrestler’s true-life story can yield great dividends for a character. Wrestlers and companies alike have seen this and utilized mini and full documentaries on wrestlers to expand fans’ connection to certain wrestlers. The recent segments on Roderick Strong on NXT quickly turned him from a serviceable midcarder to a likely main event challenger for the NXT title.

Conversely, the real life exploits of more troubled wrestlers can limit the potential of a wrestler’s onscreen or in ring character. The double-edged sword of access and exposure can hinder a good idea for a character. Bad creative and writing can further damage the appeal of the core character of a wrestler. Wrestlers with a good origin story can survive both bad creative and real life pitfalls. However, not all wrestlers can trace their personas, real or fabricated, back to single starting point.

Windham Lawrence Rotunda was born on May 23, 1987 in the Tampa suburb of Brooksville, Florida. He was the first son of Mike Rotunda, then a two-time former WWF Tag Team Champion, and his wife, Stephanie Windham, the sister of Rotunda’s former tag team partner, Barry Windham. His family lineage also included his uncle Kendall and his grandfather Bob Windham, more famously known as Blackjack Mulligan. Three years later, his younger brother Taylor was born. Today, Taylor competes in the WWE as Bo Dallas.

Born with such a wrestling pedigree, it is not shocking that Windham would gravitate towards wrestling and in 2005, he would win the Florida state amateur championship at 275 pounds. After graduating, Windham would switch to collegiate football and became a Junior College Second Team All American before joining the Division 1 team at Troy University. But, wrestling was in his blood and the calling of the ring was too much for him to ignore. By 2009, Windham joined the WWE as a third generation competitor for McMahon family wrestling companies.

Windham’s early days in Florida Championship Wrestling saw him shift amongst various names from Tank Mulligan to Tank Rotunda to Duke Rotunda. Alongside his brother Taylor (now Bo Rotunda), he won the FCW tag team titles in July, holding them for four months. The following June, Windham would go through two additional changes. His name was once again changed, this time to Husky Harris.

He would also debut on the second season of the original NXT as the protégé of two fellow wrestling legacies, Cody Rhodes and Ted DiBiase, Jr.

Following the end of the NXT season, Harris reemerged later in the year as part of the Nexus faction on Raw. Although he showed potential on NXT and on RAW, he failed to find his footing. By early 2011, he returned to FCW. Husky Harris would never be seen on the main roster again.

In April 2012, a few months before the transition from FCW to the current incarnation of NXT, Windham reinvented himself one final time. No longer tying his future to his family’s past, he embraced a new persona and a new family. As Bray Wyatt, he borrowed liberally from Waylon Mercy (portrayed by Dan Spivey, another tag team partner of his father) and Kevin Sullivan, a longtime in ring enemy of his real life family. He introduced disciples in Luke Harper and Erick Rowan. The Wyatt Family was born and by the summer of 2013, Bray and his minions had come to the main roster of WWE.

But even while achieving this huge feat in a relatively short period of time, questions persisted. Who was Bray Wyatt? Why was he targeting Cena? Why, one year later, did he call out the Undertaker who had been missing from WWE since his Wrestlemania undefeated streak ended at the previous Wrestlemania? And was he ever going to ascend the top level of WWE?

For many fans, these questions persist to this day. The motivations of Wyatt remain a mystery. His cryptic promos and seemingly unclear goals caused many fans to tire of his supernatural shenanigans. And even as he reached the pinnacle of the WWE by becoming WWE Champion at Elimination Chamber this year, his feud with Randy Orton soon descended into silliness not seen since the early days of the Undertaker.

Where does the man born Windham Rotunda and reborn Bray Wyatt go from here?

This past Sunday, he came up short in his quest for a shot at Brock Lesnar during the Fatal Fiveway at Extreme Rules. Despite an extended segment of the match where he was the focus of the match, he was eventually eclipsed by eventual winner, Samoa Joe. Now what? His family has disintegrated; his former enemy Randy Orton is on another brand. While many new challenges and possibilities exist, his direction remains unclear.

Could an embrace of his true heritage refocus his motivations and finally give fans the answer to the elusive question of ‘why?’ Or, perhaps a completely fictional tale of his origin could propel Wyatt to the next stage of his career. There is a story a tale, one which can turn the myth of Bray Wyatt into a legend.

Or, perhaps, one that can cause his legacy to fade into obscurity alongside Husky Harris, Tank Mulligan and Duke Rotunda.