What Culture came down to Coventry for their third Pro Wrestling World Cup qualifier, because what screams Mexico more than Coventry? Two men out of eight would qualify for the Wrestling World Cup final shows, with the show also featuring Martin Kirby’s first WCPW Championship defense.

These two, with their combined presence, energy, flair and familiarity with each other bring with them a very high floor for a match. They’re just not going to put on a match that is anything less than very entertaining. However, I wasn’t totally in love with this opener. It’s almost too easy a criticism to say wrestlers in the openers of indie shows do “to much”, but they really did. Or more accurately, they relied too much on big moves and brought very little else to the table. Give me some meat to a match, give me a story or at least some interesting sequences filled with counters that conveys a sense of battling for control. That was a little lacking here, and at times did just feel like trading big moves. The crowd lapped it up though, and both Lucha Bros. are so enormously entertaining that they can make trading moves more interesting than 99% of people in wrestling. Penta advances after a canadian destroyer followed by a package piledriver. ***1/2

This was fine but instantly forgettable other than a fairly abrupt finish, to the degree that immediately after I’d finished viewing it I realised I couldn’t think of anything to write about it. Clean, acceptable wrestling, but nothing more. Ligero’s pre-match passport related humour was good though; he advanced with the C4L DDT. **1/2

Another forgettable match followed the prior one, this one of the plunder variety. It was originally scheduled to be a triple threat but, again, travel issues. Primate has been on a string of hardcore victories as they are building up to launching a hardcore championship at their iPPV this month in a match between him and Havoc. **

These two are very familiar with each other, and put on a very smart match where they both got all their signature spots in to great reactions. It was far from a world beater, but the live crowd really enjoyed it and they didn’t kill themselves. The upper tier of what you’re going to get from Rey these days, although given his physical condition I was suprised to see him advance as that meant he would have to wrestle again later in the match. ***1/4

It wasn’t too long ago that I saw El Hijo De Dos Caras have legitimately one of the worst matches I’ve ever seen in WCPW against Drago. This wasn’t quite that level of bad, but it was still a long long way away from being good. Baby Caras has some of the most awkward movement around a ring I’ve ever seen, it’s uncomfortable to watch. Juventud did everything he could to try to have a serviceable match, but at the end of the day there’s a limit to how well one can shine shit. Thankfully the juicy one advanced, setting up a match with Mysterio later in the night. Nostalgia! *3/4

Gabriel Kidd came out backed by Prince Ameen to celebrate his title win the night before. Now that Kidd is an upper card act he really needs to cut off the association; Ameen is one of the worst parts of WCPW. It’s not the best promo, Gabe doesn’t come off overly comfortable on the mic yet, but it was fine. Banks came out to attack him, but that brought out Rampage which lead to the next match.

The timing on this match was a little off, but it was hard hitting enough that it was still enjoyable. It wasn’t helped by a very forced Kidd interference spot either, where Kidd took a chair away from Banks. Not long after that Rampage won with a piledriver. ***

This was Drew’s last WCPW match, and it started really well but descended into unnecessary bullshit that really brought it down. After a really promising and entertaining first half we got ref bumps, Brandi going through a table, random interference from Drake and other overbooked mess that prevented this from being the really good match it was set to be. Then Cody caught Galloway in a flash pin and we were done. Disappointing. ***1/4

Ligero started this one off super aggressive, trying to get the jump on Penta. After taking an early lead though, Penta’s viciousness proved just too much to overcome and a flurry of brutal offense put an end to the Mexican Sensation of Leeds. This was good stuff, if a little sloppy towards the end, which told a nice story of Ligero trying to overcome Penta by changing up his formula but in the end it not being enough as matching aggression with Penta wasn’t a smart move. Penta advanced to the Pro Wrestling World Cup finals after a series of piledrivers. ***1/4

This match started out excellently before losing focus and really dipping in quality. The early portions had me ready to say that these two ‘still have it’ but the drop off in pace and increase on sloppiness killed that idea. Overall it was still good stuff, but this was the perfect example of how age and injuries have killed Rey. He picked up the win with the 619 splash combo to advance. ***

The main event for the title was a rematch of the final two from the 30 man rumble for the title the night before at No Regrets. It started out well, with some good back and forth between the two men, but then spilled to the outside and got really ugly. Somewhere along the way Martin Kirby was the victim of a concussion, perhaps after being run into the guardrail, and from that moment onward it was very clear Kirby was in a really bad way. Unfortunately though, the match continued for another ten minutes or so with Kirby struggling to stand but still trying to compete almost on autopilot. As such the match became Hendry putting a beating on a man who was clearly genuinely hurt; it was very uncomfortable to watch. The match was finally stopped far too late with Kirby tied up in a Tree of Woe and Hendry about to hit a corner dropkick. Hendry was awarded the title, and Kirby was swiftly taken to the back to be medically evaluated. A horrible way to close a show.

Not a good show Wrestling World Cup show for WCPW. A handful of good matches mixed in with a handful of forgettable ones and a very uncomfortable situation in the main event. I’m fine with Penta and Rey be the two to advance though, although I hope they don’t give Rey too much of a run as he’s not really in the condition where he’s suited to be having multiple matches a night. 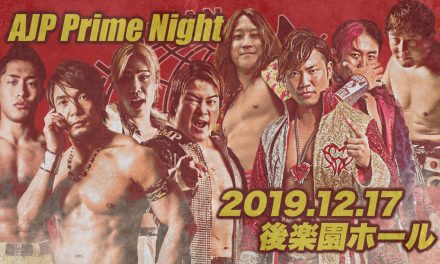 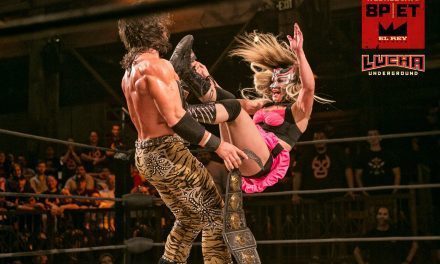