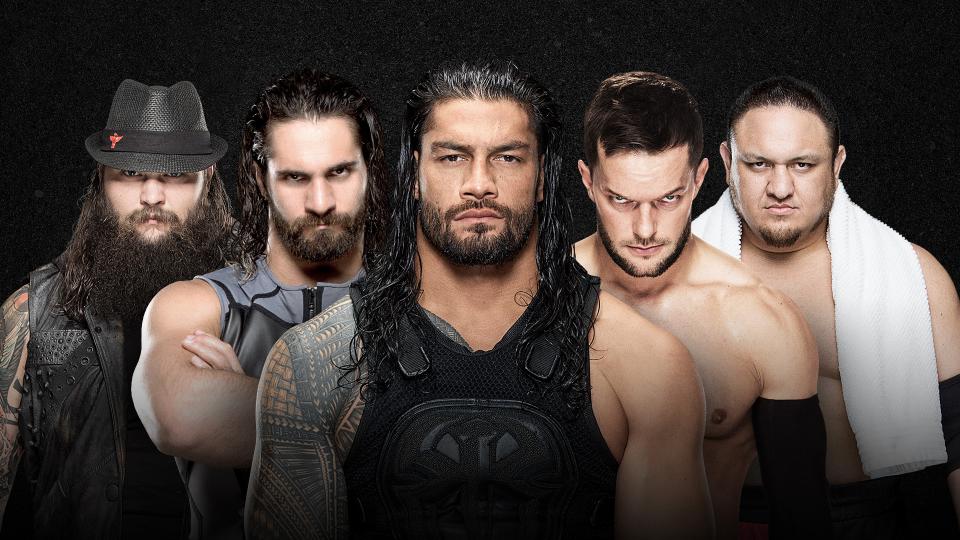 Andy LaBarre: Here’s a match that I wasn’t aware of until listening to the most recent Shake Them Ropes and this is mostly due to the fact that Noam Dar doesn’t appear on my television screen ever. Here are 4 competent people that will probably but on a competent match that no one will care about and will have no meaningful fallout after this. But since this is Extreme Rules, maybe we get a brutal Sasha/Alicia crowd brawl and Alicia chugs a half-dozen sodas and screams a lot. Prediction: Noam Dar & Alicia Fox

Lee Malone: So being in that 4 Way Title match at WrestleMania has really helped Sashas career hasn’t it?! This really is just a match. I’m sure it will be a perfectly fine match but there will be no long term consequence. On a positive note its good to see secondary feuds from 205Live being featured on PPV. Prediction: Noam Dar & Alicia Fox Andy LaBarre: Despite what most every pundit I listen to says, I don’t believe that the WWE Cruiserweight division needs to be focused on high flying. It doesn’t need to be based on submissions and technical wrestling, either, but it DOES need an identity. For my money, this is about the only feud on major label WWE that does anything for lately. What matters about this match is while Neville is truly one of the greatest high flyers in the world, but his character work has really allowed this new, king of shit mountain gimmick to work and a submission match seems totally in character for him AND Aries. I’m excited for this match, so long as there isn’t a bunch of stalling. Work it like Kushida going for the Hoverboard Lock over and over, work it like TJ Perkins in the CWC, creating new variations of submissions as the story allows, work it where these two beat the shit out of each other, work a body part that makes locking on submissions hard for everyone eventually the winner comes out due to the exhaustion of the other. I’m not fucking around when I say this could be a WWE MOTY type thing if done right. Instead, Neville will lock on the Rings of Saturn and Aries will tap or some shit and we will get like 11 minutes. Let me get an homage to bloody Stone Cold though, c’mon. Prediction: Neville

Lee Malone: This is the match I am looking forward to most on this show. The Neville & Aries feud has been great and this has WWE MOTY potential. But man am I conflicted on who I want to see walk out as champion. Neville has been a revelation since his return as the unstoppable King of the Cruiserweights and has been the highlight of WWE tv for most of this year. At the same time Austin Aries has been just as good as Neville and I am dying to see him finally beat Neville and there is no better sight in wrestling than an evil unstoppable heel being forced to tap out by the beloved babyface. Unfortunately I don’t think thats going to be the case in this one as I believe Neville will retain through some nefarious ways and we move on to the mouth watering proposition of dickhead Neville vs Akira Tozawa. Prediction: Neville Andy LaBarre: Hey, I like all 4 of these guys and I like the idea of putting these brutal dudes Cesaro and Sheamus in a steel cage with two guys who have no regard for their own well being, but I can’t remember the last time WWE had a good steel cage match that actually used the cage well. I honestly don’t have a lot to say about this match, but you could definitely check out “The Final Conflict” on YouTube and watch an insane, fuckin’ great tag team match that happened in a steel cage 34 years ago. One can imagine Sheamus botting Jeff Hardy in the face so hard that he is just slumped against the steel. One can imagine that he then does that Ten Beats move against the cage and Jeff’s body turns into ground beef. One can imagine Cesaro and Matt Hardy trading punches and European Uppercuts for 10 minutes and Cesaro acting like a cat on the cage and doing his cool flippy do spinning maneuver. Let’s make this brutal, y’all! Hell – make it like that last Cesaro/Sheamus match before they teamed up, where it’s barely a match at all and just a brawl and I’d be super happy. I do think the Hardyz lose and we DO wind up getting a Broken gimmick or bastardization thereof. Kill each other, dudes – it’s EXTREME RULES (you know where you climb out of the cage at the end). Prediction: Cesaro & Sheamus

Lee Malone: So last month I predicted Sheamus & Cesaro would turn heel and destroy Matt so badly he would become Broken. Well, I was half right as the heel turn happened and they brutalised both Hardys. This cage match is the perfect environment to finish the job. I don’t want this to be a competitive tag team match, I want Sheamus & Cesaro to crush, destroy, absolutely obliterate the Hardys from the first second to the last. If the Broken gimmick is to appear in WWE then now is the time to go with it. We know the Hardys will do whatever it takes to get something over if they are into it and we know Sheamus likes to get a bit rough at times, what a DELIGHTFUL combination they are to bring Matts Broken brilliance to a whole new Universe. Prediction: Sheamus & Cesaro

Use our WWEShop link: voicesofwrestling.com/wweshop and promo code “EXTREME” this weekend for savings:

Extreme Savings have begun at #WWEShop. Save up to 30% off! The more you spend, the more you save. #WWEhttps://t.co/xAWBTZKTnd pic.twitter.com/DnnPtyBK2Q Andy LaBarre: Hmmm…I wonder if Nia Jaxx will be involved somehow?? I want to give these women all the respect they deserve and want to be really excited about this feud and this division and it has had a lot of hits. But fuckin’ no thanks on this one. Prediction: Alexa Bliss

Lee Malone: I have no problem with women being in hardcore matches or no dq matches or using a Kendo Stick. But these two women facing off in a Kendo Stick on a Pole match feels……ewww. Trish vs Victoria at Survivor Series 02 worked because Victoria was a lunatic and wanted to maim and destroy Trish because she was jealous of her. But Alexa Bliss vs Bayley just doesn’t fit this at all, no matter how many times they have used a Kendo Stick on Raw. Prediction: Alexa Bliss WWE Intercontinental Championship – No DQ
Dean Ambrose © vs. The Miz

Andy LaBarre: I can honestly not remember who these two were feuding with before they were feuding with each other. Was Dean Ambrose’s last major feud (not counting Baron Corbin), AJ Styles back when he was champ? Miz was with Cena around Wrestlemania, but was definitely with Ambrose before that right? Christ, these two are tied together. Look – Ambrose is typically good on the Extreme Rules and TLC PPVs and I have no reason to think he won’t be good here, even if it’s the only time he does something memorable all year. I like both of these guys in principal and at different times in the past two years have thought they were the two best guys on the roster. NO DQ allows Ambrose to stay away from a little bit of the wackiness and allows Miz to probably use Maryse and something. I doubt it gets too crazy, but man how fuckin’ cool would it be if Ambrose went full CZW and took Miz to that place just for one night? That would salvage Ambrose, make him matter, make Miz look tough and just be something that people want to talk about after this. Fuck it, I’m saying they go full blood feud here. Get the weed whacker, get the barbed wire, lets do it. Prediction: Miz

Lee Malone: Did this feud not end months ago? Oh right they moved to a new show for a fresh start in the Superstar Shakeup and end up feuding again. YAY!!! Ambrose is fearless so I expect he will take some ridiculous bumps to try and get a reaction from the crowd. The Miz desperately needs a fresh direction away from the IC Title as every feud he is in seems to involve that championship. With heels going over in the earlier title matches I am gonna say Ambrose proves too wacky for The Miz and retains. Prediction: Dean Ambrose Andy LaBarre: This will probably actually be really good, and though it’ll feel like a Raw main event, I’m hoping it’s more like some of the other PPV main event multi-mans they’ve had in the past couple of years and just tear the fuckin’ house down. Rollins needs to be rebuilt, Reigns needs to struggle, Finn needs to prove that his initial rocket-push was a real thing that people were fuckin’ excited about. Joe needs to killl someone, Bray needs to be spooky or something. Look, I’m saying this is a 4 star match and goes close to 30 minutes, and will probably be really cool – but I don’t think Reigns is winning. If Reigns wins the title again, they need to do it right and they need to do it at WrestleMania where he is booed out of the fuckin’ building and turns into Bluetista or something. This isn’t a “placeholder” contender, but I don’t think whoever wins here takes down Brock. I think Finn is legit someone who can do that at a later time and there are some small seeds planted that point to him challenging Brock – but I think that needs to be a little slower as well. I’m going with the easy Seth Rollins rebuilding project. Rollins’ booking in 2015 as champion was really poor, but his in-ring work was stellar. Lets get back to that – I want to love the dude again and I want to see him go nuts against Lesnar again. Prediction: Seth Rollins

Lee Malone: So my initial idea for reviewing this match was LOL Roman wins and that was it because lets face it Roman is winning here. Balor or Joe would be compelling new opponents for Brock but we all know the story is written in stone that Roman shall be the one to conquer the beast. There is 4 great wrestlers and Bray Wyatt in this match so it should at least be a good match but these multi man brawls tend to underdeliver the majority of the time. It is possible that Braun Strowman could appear to cost Roman the match and Balor or more likely Rollins could sneak a win but I am not holding my breath on that. Prediction: Roman Reigns 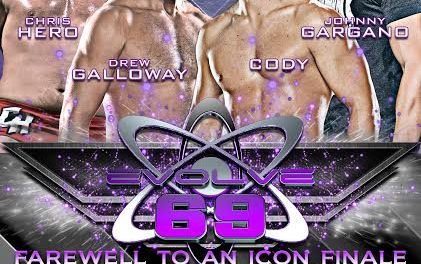