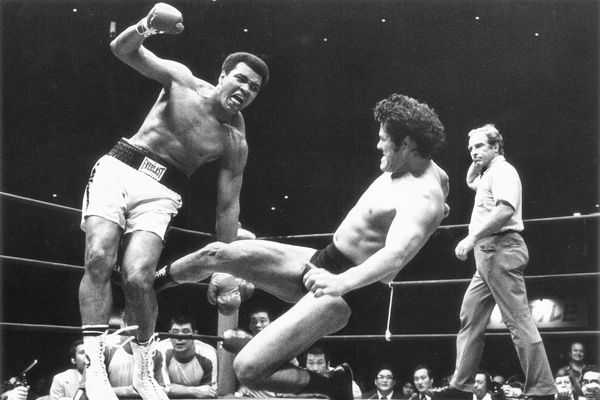 When one looks at discussion of New Japan Pro Wrestling, they can make out a sort of consensus regarding its history.

The 2000s are essentially considered the dark ages, a decade wrought with bad booking, unsatisfying match-ups, and business-sinking champions. Another part of this consensus, that I see a noticeable amount of, is that the current in-ring product, when not being called fantastic, the best in the world, is called strong style. I’ve always found it a bit strange how the period that many are so quick to criticise is also the epitome of that very same label.

To really understand that label, it’s important to understand what strong style fundamentally is, what it was created for.

When Antonio Inoki stepped into the ring at Budokan Hall in 1976 to face Muhammed Ali, he did it to show that professional wrestling was the “dominant sport”. The philosophy is a reaction to common attitudes about wrestling in general: That it’s fake, that the guys who do it couldn’t last a second in a real fight.

While the former is objectively true, Inoki built New Japan on disproving the latter. A melting pot of legitimate disciplines came into the company, from amateur wrestler Victor Zangiev, to gold medal-winning judoka Shota Chochishvili, to kickboxer Bob Sapp, all to compete against the native talent and to prove, (as strange as it sounds writing it out, in a worked match) that the so-called phony wrestlers could stand up to these athletes. Consequently, the wrestling in NJPW became more realistic. By the time the shoot-style promotion Union of Wrestling Forces International (UWFi) invaded in 1995, the contrast between Nobuhiko Takada and someone like Shinya Hashimoto weren’t that stark. The crowd erupted at the sight of ground n’ pound, locked-in submissions got a swift tap out, and every big match had the tense, unforgiving atmosphere of a real fight.

Hashimoto and Takada face off during the UWFi/NJPW feud, their similar stances showing the similarity between both promotions’ styles (Credit: Tape Machines Are Rolling)

This approach to wrestling only intensified in the 2000s when a young Shinsuke Nakamura—barely a year and a half in the business—got a title shot against then-IWGP heavyweight champion, Hiroyoshi Tenzan. Nakamura got the win because Tenzan accidentally fell into an armbar, resulting in someone who was basically still a young lion being the top champion because he was good at MMA.

Yoshihiro Takayama, coming off of his legendary fight with Don Frye at PRIDE 21, main evented the Tokyo Dome several times because of how believable he was as a “real fighter”. Guys like Yuji Nagata would be pitted against Mirko Cro Cop, the legendary kickboxer, in legitimate MMA fights that they’d swiftly lose. Around this time, New Japan became the land of “Inokiism”, a term describing essentially a more intense, less successful version of the same philosophy that had made New Japan what it was. It stood, both in the 90s and 2000s, as the opposite of the King’s Road style that All Japan (and later, NOAH) was doing, where realism was sacrificed to tell a story. For a long time, the story New Japan was most interested in telling was that the guy who won was better at fighting.

All this is to put into perspective just how different New Japan is now. Finishers are regularly kicked out of, submissions are entirely escapable, main events seem to be at a minimum length of 30 minutes, it bears resemblance much more to the King’s Road than it does the brainchild of Inoki. “Super Rookie” Nakamura evolved into a charismatic character. His CHAOS stable, which formed as an attempt to revive strong style amidst the rise of Tanahashi and others like him, quickly just became a group of guys who enjoy each other’s company. You look at, say, a Kenny Omega match now, and the only similarity that exists between that and the fight between Hashimoto and Takada is that they’re using the same ring.

NJPW's strong style at its best on display at the Dome! Sign up to Watch all the WK11 bouts https://t.co/StbuN3munO pic.twitter.com/u55ZuxzKD0

Yet, even so, “STRONG STYLE” still seems to appear on the marquee, in big bright letters, when it’s probably the furthest thing from it, at least speaking locally.

I don’t point this out to be some snob who stays awake at night about pro wrestling terminology, it’s more that continuing to associate NJPW with the label (indeed, something NJPW itself doesn’t resist doing themselves at times) only serves to emphasise how unlike strong style the current product is.

It’d be like expecting a Misawa match to resemble a Gracie fight, regardless of how good the match is, you’re going to be left wondering where the hell the omoplatas were. I don’t really know what to call current New Japan style, but what I do know is that it’s way too good to be constantly compared to the New Japan of old because they still use the old label. Hopefully, as the company looks to enter a new era with their international expansion, they will fully shed the vestiges of a past that the present cannot ever truly recreate. 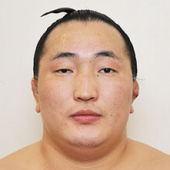 Music of the Mat #31: Daniel Bryan