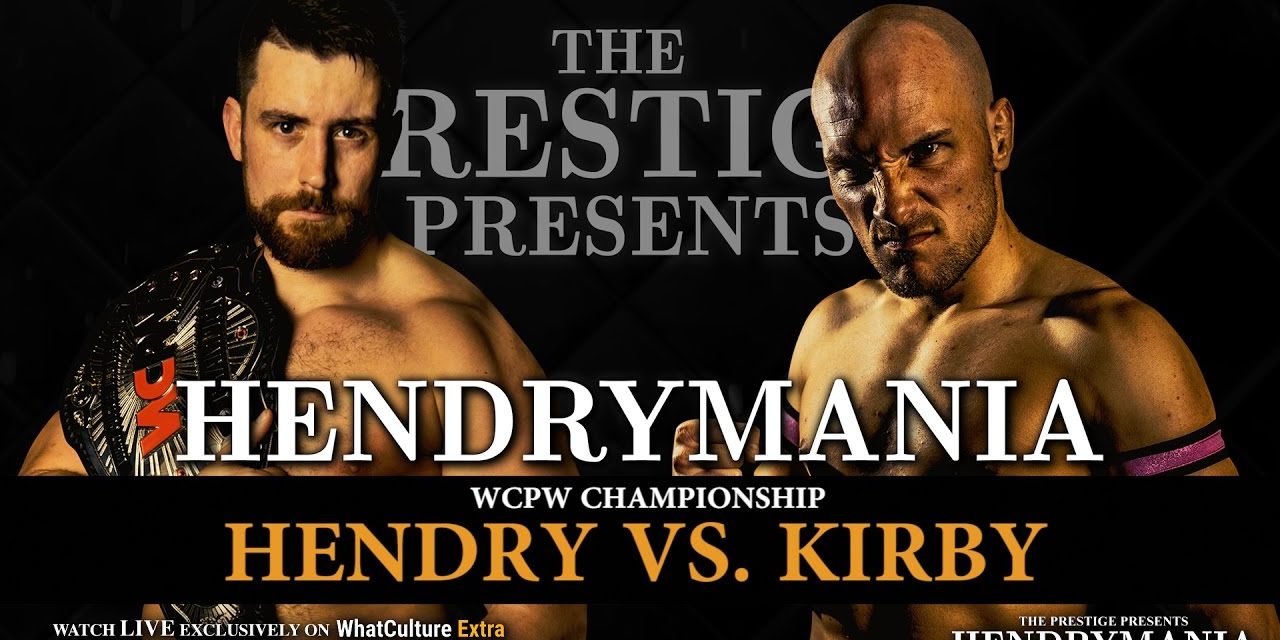 WCPW’s pay show offering this month is HendryMania, a show named after their new champion after he insisted on getting a show names after him in the same way former champion Martin Kirby did. There was a lot of card shuffling involved due to travel issues, but the main event of Kirby vs. Hendry remains intact.

WCPW Champion Joe Hendry comes out. He cuts a heel promo to keep his hometown crowd from cheering him. Hendry bans Matt Striker from the building, which makes him the biggest good guy on the show in my opinion. He replaces Striker with James R. Kennedy. He goes on for over 10 minutes, with nothing else really worth noting or watching here.

Kennedy is no better than Striker on commentary. Sha had Drake pinned with a small package, but the ref was distracted. Drake hit Sha with a wrench and won. I couldn’t say anything else if I wanted to. *

There was comedy at the start, and that was followed by a boring tag match. Kennedy is beyond terrible on commentary. I’m not going to say I would prefer Matt Striker, but my god it’s a coin flip at this point. Prospect won. After the match, Lucas Archer said that he has been wrestling on a bad knee, and that doctors have told him to stay out of the ring for at least a year. Alex Gracie didn’t want the team to end on a sad note, and convinced Archer to enter the #1 contender tag team gauntlet at the Fight Back show on June 2. A nice Rocky story for the first team of WCPW. But the first 45 minutes of this show has been a drag. *1/2

This was supposed to be El Ligero vs. Dave Mastiff, but Mastiff couldn’t make the show due to travel issues. Bless up. I haven’t seen much of Speedball since he got the banhammer, but he is just as good as I remember him. The crowd was hot for him too, cheering him over the local Mexican Ligero. The match started on the ground, but once the pace sped up, it was very good pro wrestling. You can always expect something decent from Ligero, but with a premier wrestler like Bailey, they were able to excel here. In the end, Bailey hit the shooting star knee drop to get the win. ***3/4

This match was supposed to be a triple threat match with Scott Wainwright, but Wainwright also couldn’t make the show due to travel issues. These two beat the hell out of each other. Unfortunately, most of the match fell into the “set up spot, do spot” routine. The last two minutes of this match were awesome though. Bones busted Primate open with a computer keyboard. Primate saw his blood and raged out, spearing Bones onto a barricade that Bones himself set up earlier in the match. Primate then speared him in the ring and got the win. Nothing revolutionary, but a fine plunder match. **3/4

They have had the same ref in the ring all night. I’m gonna guess that the dreaded travel issues got the other ref. If you know Martina’s schtick, you’ll know if you like this match or not. Viper is fine in-ring, but this match was mostly comedy that didn’t land with me. *1/2

Kidd won the Internet Title at No Regrets in April. This is his second defense of the title.

Gabriel Kidd is one of WCPW’s biggest finds. He was one of the relative unknowns that the company brought in at the start, alongside Drake and Prospect. Through very good matches in ring and a good underdog story, he’s become a name to look out for in the British scene. At 20 years old, Kidd has been able to hang with guys like Travis Banks, Zack Sabre Jr. and John Morrison; keep an eye on Gabriel Kidd. He has big potential, and I think his big breakout match is not far off.

As for this match, it was pretty good. Both Kidd and Williams have really good babyface fire and intensity, so the crowd really got into this one. The finish was broken though. They went to do the Roddy Piper/Bret Hart finish, where Williams grabbed the title belt to hit Kidd, but thought better of it. The problem was that the ref was right there, so it just made Williams look stupid for even trying it. Dumb finish aside, this match was A-OK. ***

Rampage has been going through The Prestige to get to their leader, WCPW Champion Joe Hendry. Someone in the crowd has a small sign that just says “Ass.” The Prestige do this thing where they put hotel room cards in their opponents mouths to complain to the company about their cheap hotel rooms. If that sounds dumb, it’s because it is. Coffey goes down with a knee injury, and he might as well have a sign that says “I’m faking this.” The live crowd buys it though, so I guess it works. Rampage wins with a piledriver in a match that had too much fluff to live up to what these two can do. **1/2

Hendry won the WCPW Title at the Pro Wrestling World Cup: Mexican Qualifier. This is his first defense of the title. Hendry beat Kirby for the title by referee stoppage, so Kirby wastes no time in going after Hendry. The crowd is very hot for Kirby. Most of the match is walk-and-brawl, but the crowd is eating it up. They get back in the ring, and Kirby takes control. The ref gets bumped, Joe Coffey runs in and lays out Kirby with the title belt. Hendry retains.

After the match, Rampage comes out for the save. WCPW GM Adam Blampied comes out and says that at the Fight Back show on June 2, Hendry will defend the title against Kirby again in a Last Man Standing match. Considering that they’re doing this match again in a week’s time, I understand the lack of actual wrestling. It sucks that the main event of a show I paid for was used to set up the main event of the show that’s gonna be free on YouTube in a week. **3/4

HendryMania was not a show worth seeking out. Speedball vs. Ligero and Kidd vs. Williams were good matches. Every other match was passable at best. If you want to watch a WCPW show, save your money and watch the Fight Back show on YouTube next week or the Canadian World Cup show. 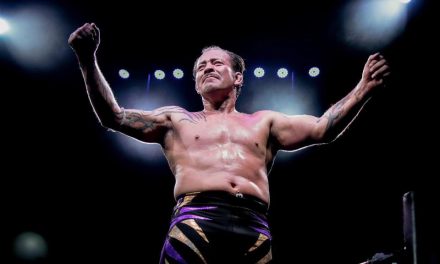