At least it was short. I’m so over Taichi and his schtick. I know it’s going to happen everytime I see him wrestle, but that doesn’t mean that I have to like it. He had the whole gang of hooligans out there for this one. Both Kanemura and El Desperado aided him in his eventual victory, which was a measly rollup. Skip it. *1/4

I always enjoy when these two square off. Last year, oddly enough, they also faced each other on Night 8 of the tournament, although they were both representing the B Block. This year, in the A Block, Liger continues to go winless as Ricochet moves closer to the top of the leaderboard.

They kept things very simple here. The match progressed nicely. Ricochet took a great bump on Liger’s Shotei palm strike, but countered the brainbuster to keep his hopes alive. Liger kicked out of the Benadryller, but a series of Mochizuki-like kicks and the King’s Landing was too much for the veteran. Very easy to watch. ***1/4

TAKA is a national treasure. I love that he’s still doing his thing and out-heeling every heel that there is. He fooled Hiromu with his signature fake knee injury spot early on, and that gave him the upper hand throughout most of the match. Once Hiromu began his comeback, it seemed like TAKA was desperate to cling onto the control he once had. He saw the younger, faster star taking it to him, and there was nothing he could do about it. After 9 minutes of action, TAKA ate a Time Bomb. Another well-deserved victory for Hiromu Takahashi. ***

BEST OF THE SUPER JR. XXIV A BLOCK
WILL OSPREAY DEF. DRAGON LEE

This is exactly what I was hoping it’d be. By no means was there any elaborate limb work, but there was plenty of excitement. This was a house show with less than 1,000 people in attendance, and yet these two worked their asses off. I have no idea why Dragon Lee his signature Hurricanrana over the top rope and to the floor on this show, but I’m thankful he did it. He and Ospreay worked a great back-and-forth, 50/50 style match up until the end when Ospreay put him away with the OsCutter. Great way to close things out. ***3/4

Thumbs up for Night 8 in Nagano. If you skip the Taichi garbage that started the show, this was a very easy to watch and rather entertaining BOSJ house show. At the very least, check out Liger vs. Ricochet and the main event. Those are worth anyone’s time. 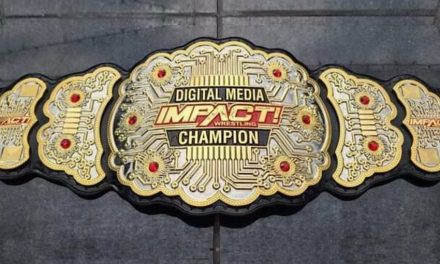